THIS Morning’s Holly Willoughby made a playful dig at Alison Hammon today as returned to her role as roving reporter.

The presenter playfully said her co-star was “back where she belonged” as she arrived in Cambridge alongside Josie Gibson to present a segment on punting.

Alison has been more studio based recently as she has been hosting the Friday show alongside Dermot O’Leary.

But today Alison was joined by Josie for a hilarious day out learning how to punt on the famous boats.

Alison left fans – and Holly and Phil – in hysterics as she appeared to briefly forget where she was.

After a long pause she said “We’re in… the town of Cambridge.”

She was quickly corrected that it is in fact a city and she insisted she paused for so long because she was trying to remember if it was a town or city.

They were all in a very cheeky mood as the segment continued to be full of jokes and puns.

Josie left Phil and Holly in hysterics as she showed them the pole they would be using the move the boats and struggling to pronounce it, said “that is called a quant”. 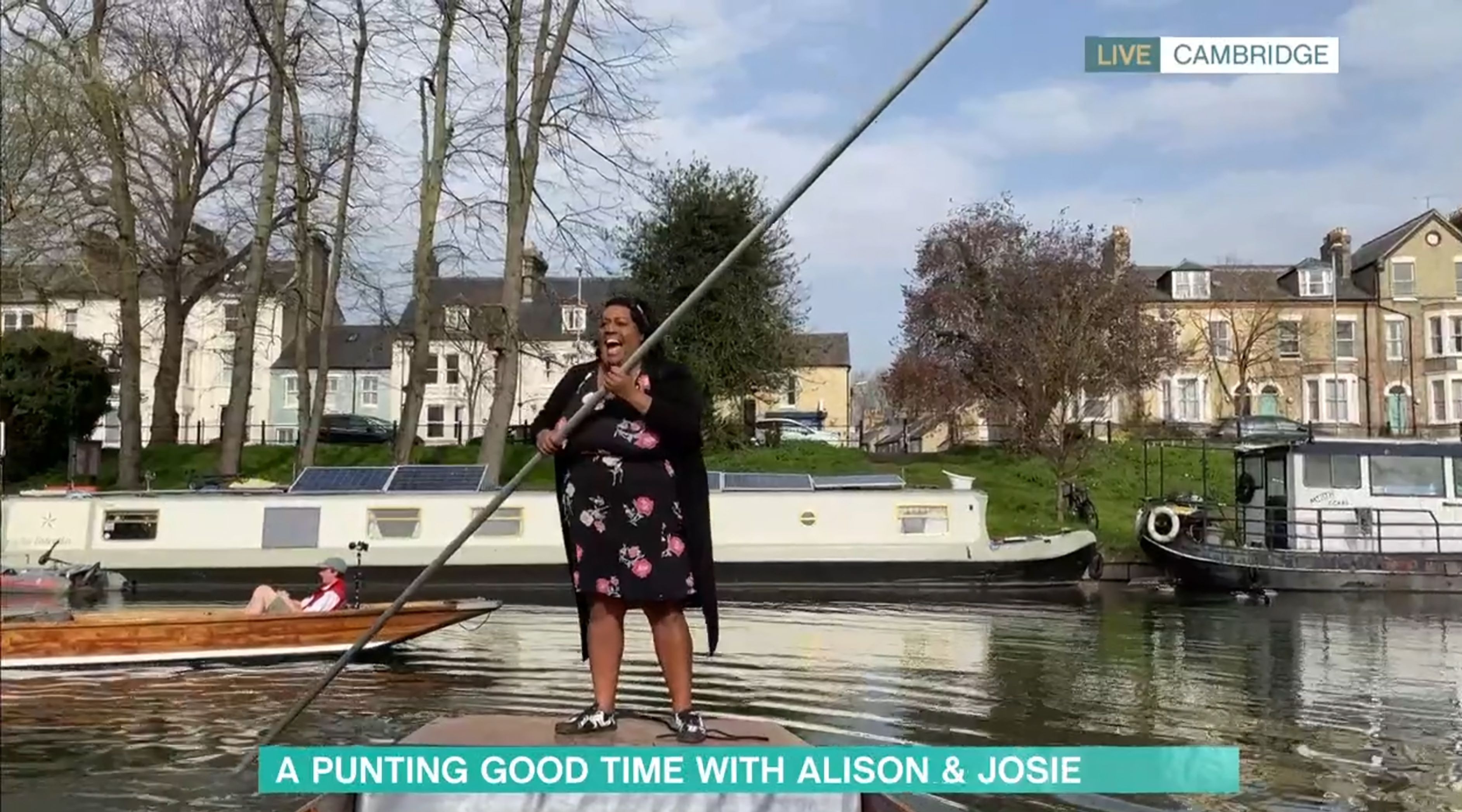 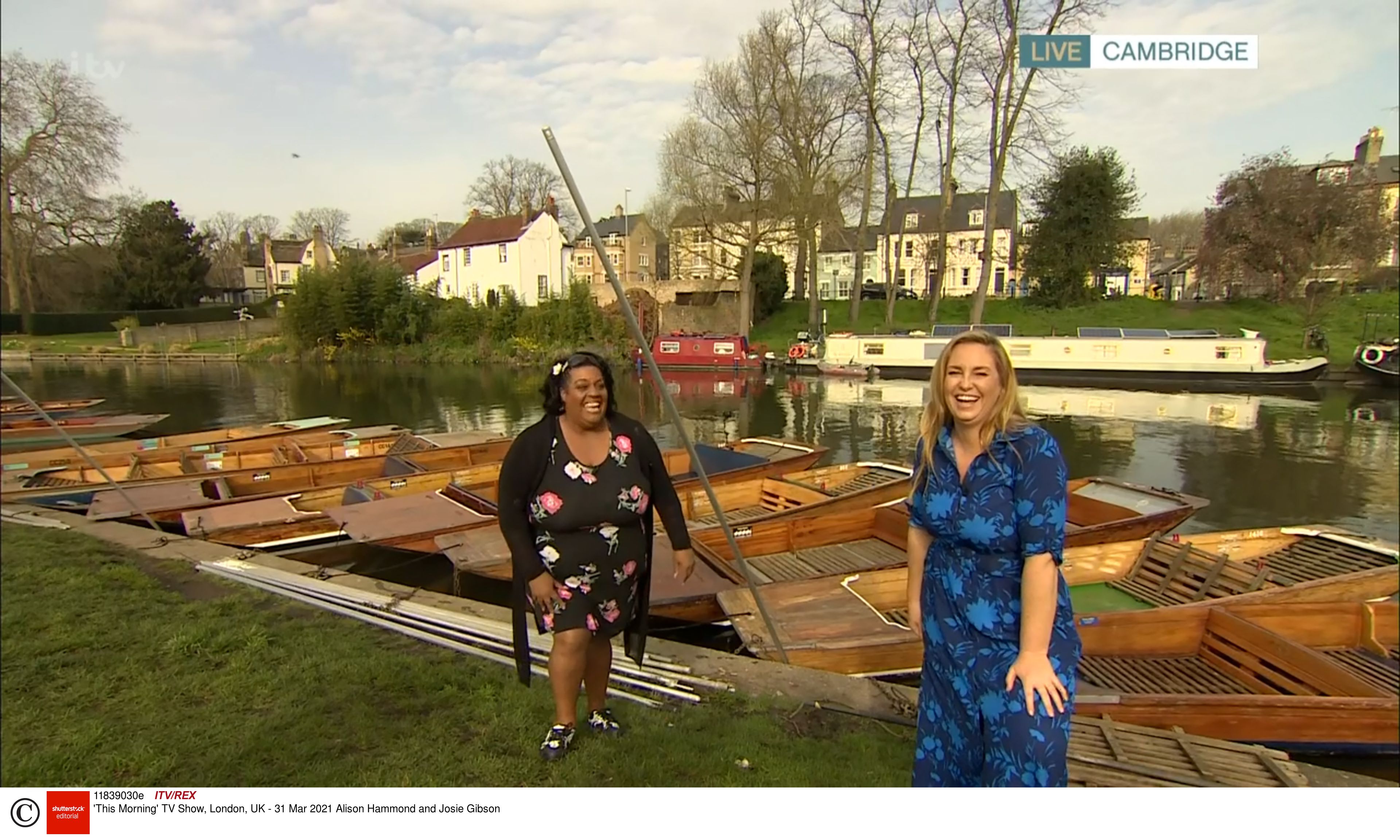 Alison chimed in saying: “'So we’re going to learn how to quant – quant. Did you hear me correctly?

“This is called a quant. That is called a punt. She is called Josie, I’m called Alison and we’re going to have a great day.”

Laughing Holly replied: “This is the greatest bit of television you will ever see.”

And concerned someone would mispronounce the word quant, Phil joked: “This will take us off air forever!”

The pair then set off on the water, as Holly squealed from the studio: “I feel like any minute now one of them is going in.”