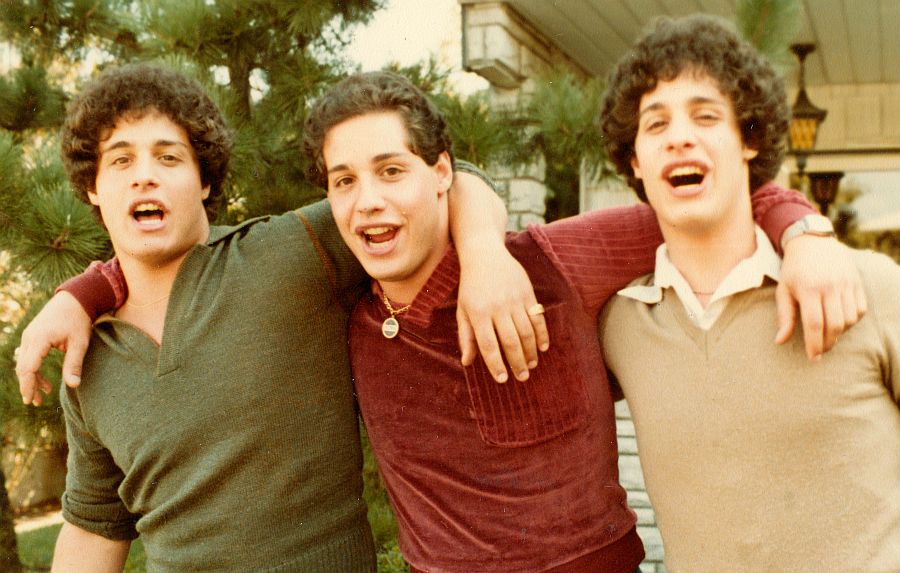 Tonight on CNN, the incredible story of Bobby Shafran, David Kellman, and Eddy Galland is told in a documentary that will shock people unaware of their story.

The three baby boys were all adopted at birth from an agency that specialized in placing Jewish children with Jewish families, and the abject malfeasance that the agency committed with regards to how they handled the three babies’ adoption is unimaginable.

All of them were split up and divvied out to families who did not know their adoptive child had a sibling.

Who were the triplets?

Bobby Shafran, David Kellman, and Eddy Galland were born in 1961 at Hillside Hospital in Glen Oaks, NY to a teenage mother who gave them up for adoption.

Split up at six months by adoption agency Louise Wise Services, the boys were raised within 100 miles of each other. None of the adoptive parents knew about the other babies.

What happened was a sick experiment conducted upon these Jewish triplets by the adoption agency under the medical guidance of Dr. Peter Neubauer. This man was a prominent child psychologist who sent research assistants to interview and film the three boys separately.

Their families were all kept in the dark about this experiment by the Louise Wise Services and the three boys weren’t aware of each other’s existence until their friends connected them at age 19.

Who tells the story?

Director Tim Wardle tells the triplets unusual story in a reversed emotional roller coaster as elation and utter shock turns into anger and bewilderment by all the families who learn through dogged research and pressure just how the boys were used in experimentation.

“They talk the same, they laugh the same, they hold their cigarettes the same — it’s uncanny,” one of their mothers said in a 1980 article in The New York Times.

What happened and how did they find each other?

Back in 1980, Robert Shafran, 19 was a student at Sullivan County Community College in New York for his freshman year and was bowled over by his reception, people seemingly knew him! Students greeted him warmly and called him Eddy.

Bewildered, Shafran was told by a student, Michael Domnitz, that he had an identical twin. Cut to phone calls and a frantic drive to find this Eddy, the two met in an emotional reunion that shocked both sets of parents.

The story doesn’t end there. The news of this hit the papers and the other identical triplet, David Kellman, was alerted by his mother Claire Kellman, who gave interviews and also learned about the other brothers from Louise Wise Services.

Louise Wise was in full damage control at this point, hiding files and not giving up any intel on the psyche experiments the triplets underwent.

The early days and months of the triplets “finding” each other was incredible, from late-night and daytime television appearances to a cameo in Madonna’s Desperately Seeking Susan. Studio 54 and club life beckoned, and the kids moved in with each other and partied like Big Apple Kings.

The dark side of their history emerges

Nothing will prepare you for the incredible turn Wardle takes us as the heady days of the triplets joy turns sinister. Their story becomes darker and more disturbing as digging from the families and the subsequent interviews show just how evil the agency was in arranging their experimentation.

The actions of the doctors and their intentions were revealed.

Three Identical Strangers is as much a reunion story as it is a damning look at a horrific decades-long psychological experiment that had upended all of their lives.

The agency lied and told the parents of each baby that the boys were to be studied in a “routine childhood-development study.” The parents say that this was a coercive directive in order to keep their children.

Neubauer’s study is revealed to be research on twins and triplets at birth and placing them with families of vastly different economic and educational backgrounds to explore the theory of nature versus nurture.

And insult to injury, Neubauer shelved his files after his death in 2008 and they are warehoused at Yale University and restricted until 2065.

What happened to the triplets?

The working class family was the Kellmans, middle-class was the Gallands and upper middle class the Shafrans. Each family received a triplet.

Warm and loving, Kellman’s father was a bear of a man and a grocery store owner, who opened his heart to the other boys.

Shafran’s more affluent and educated doctor father was problematic and cold and distant with his baby boy.

The observation experiments were onducted in the families’ homes, as the three boys each showed signs of separation distress that puzzled their adoptive families unaware of each other.

Later, Kellman and Galland are revealed to have been admitted to psychiatric hospitals while Shafran was on probation after having pleaded guilty to charges connected to the murder of a woman in a 1978 robbery.

In 1988, the three boys started a restaurant, the Triplets Roumanian Steakhouse.

It was the dogged pressing by Kellman’s father that revealed that the agency had pulled an egregious fast one. In the film, Kellman says: “At that moment my father blew his stack. He said, ‘We would have taken all three. There’s no question.’”

As time went on, the brothers married. David and Janet Kellman had two daughters. Robert and Ilene had a daughter and a son, and Eddy and Brenda had one daughter.

Sadly in 1995, Galland, who we learn in the film had bipolar disorder, took his own life with a gun at his home in Maplewood, NJ.

Today, Shafran is a lawyer in New York City and Kellman is an insurance agent and lives in New Jersey.

Through an attorney, the remaining siblings eventually gained access to the shelved research files at Yale.

Exhibiting all the rage and frustration and sadness, it is Kellman who pointedly asks the hard questions in this documentary at the end. He asks: “Why? And how could you?”