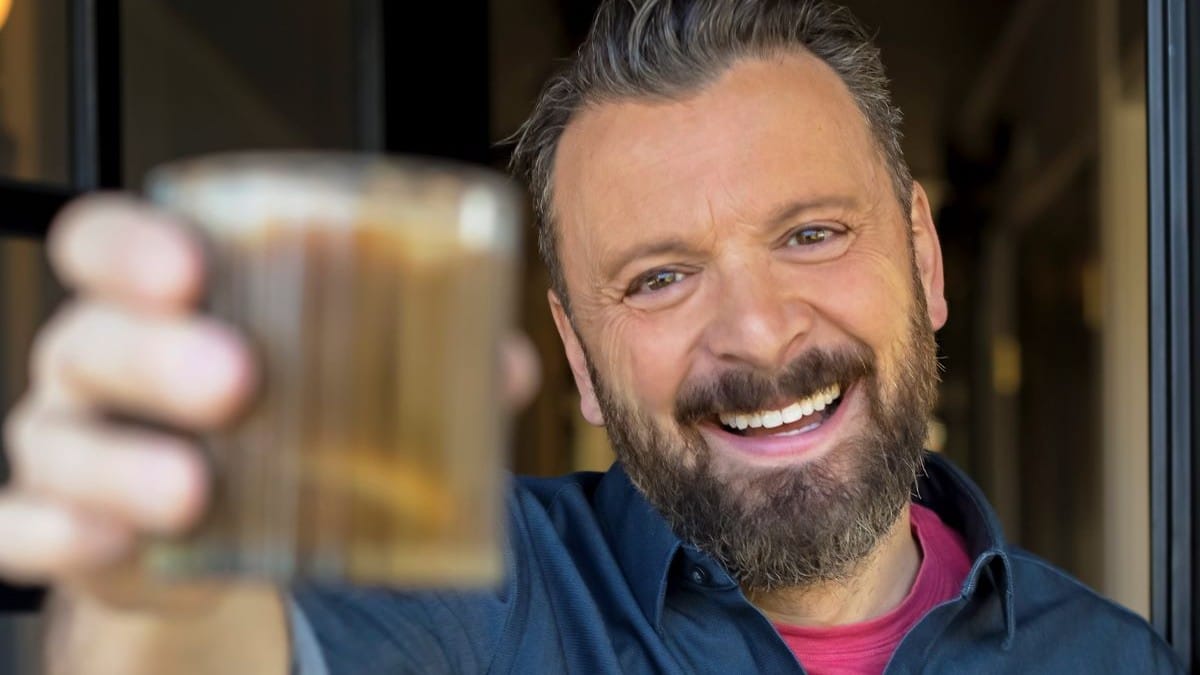 It’s time to polish your Roku or Apple TV box as the star of the long wrapped Travel Channel series Three Sheets, one of our favorite destination and drinking culture shows starring Zane Lamprey, can celebrate his return to the small screen.

A new streaming service network is debuting, DrinkTV, dedicated to celebrating drinking culture and doing for the imbibing world of alcohol what various food-centric shows did for cuisine.

Fans loved Lamprey’s five year run on Three Sheets, which covered the drinking culture of various countries, and now they can see him on DrinkTV along with a hundred hours of original and curated spirited content that showcases bars, bartenders, cocktail culture the world over and more.

The streaming network is available at DrinkTV.com, Roku, AppleTV, iOS and Android devices (with Amazon Fire coming soon). For $2.99/month or $29.99/year, subscribers will have access to exclusive content and various programming celebrating all the best in drinks culture, including brand new projects.

“Why isn’t drink culture celebrated in the same way as food?” says Jared Cotton, Co-founder of DrinkTV. “We are aiming to change that; bringing exciting and engaging programming that highlights the world of booze that permeates our culture, but just hasn’t been captured yet… until now.”

Comedian and TV personality Zane Lamprey starred in hit series such as Three Sheets, Drinking Made Easy, and Chug. Now he will return with his new show Four Sheets.

The new Lamprey’s travel-drinking shows take him around the world to uncover drinking customs and traditions, as he imbibes with the locals from Cusco to Italy and Paris to Mexico City.

DrinkTV has drunk the Lamprey Kool-Aid and they love him. They have greenlit a season two already and will air in 2019 exclusively on the network.

“When we saw what Zane delivered in Season 1 of Four Sheets, it was a no-brainer to do more episodes,” said DrinkTV Co-founder and General Manager Chris Burke. “We’re excited for the fans—ourselves among them—to see where the adventures lead next.”

“I’m ecstatic to be a part of DrinkTV and I’m confident subscribers will dig the new shows!” says Zane Lamprey. “DrinkTV is a place for all of us drink lovers to come together to celebrate what we love—cold beverages and good times.”

What other shows to expect

On Four Sheets, viewers will get a comedic look behind the scenes of the first season on Between The Sheets, a 6-episode roundtable talk hosted by Steve McKenna from Drinking Made Easy as he leads Zane and special guests in a tour of the cocktails and cultures.

Also on DrinkTV is The BrewDog Show with Scottish brewers James Watt and Martin Dickie. These two are all about the brewing.

Throwback Trivia, an 80s/90s themed bar trivia show fronted by Marc Summers, and new episodes of The Nerdy Bartender with Stacey Roy are also slated to air on Drink TV, adding a range of cocktail, wine and beer programming from around the world.

Welcome back to TV, Zane. We missed you!

Fans will have access to content with new apps on Roku, AppleTV, iOS and Android out today, and can watch online at drinktv.com. An Amazon Fire app will be joining the offering soon.