Three’s Company was a TV phenomenon during its initial run. The show aired on ABC from 1977 to 1984. The show became synonymous with sexual humor and hilarious misunderstandings. But its fans are also well aware of the behind-the-scenes drama among its cast. Most notably, Suzanne Somers left the TV show after five seasons among its core trio. 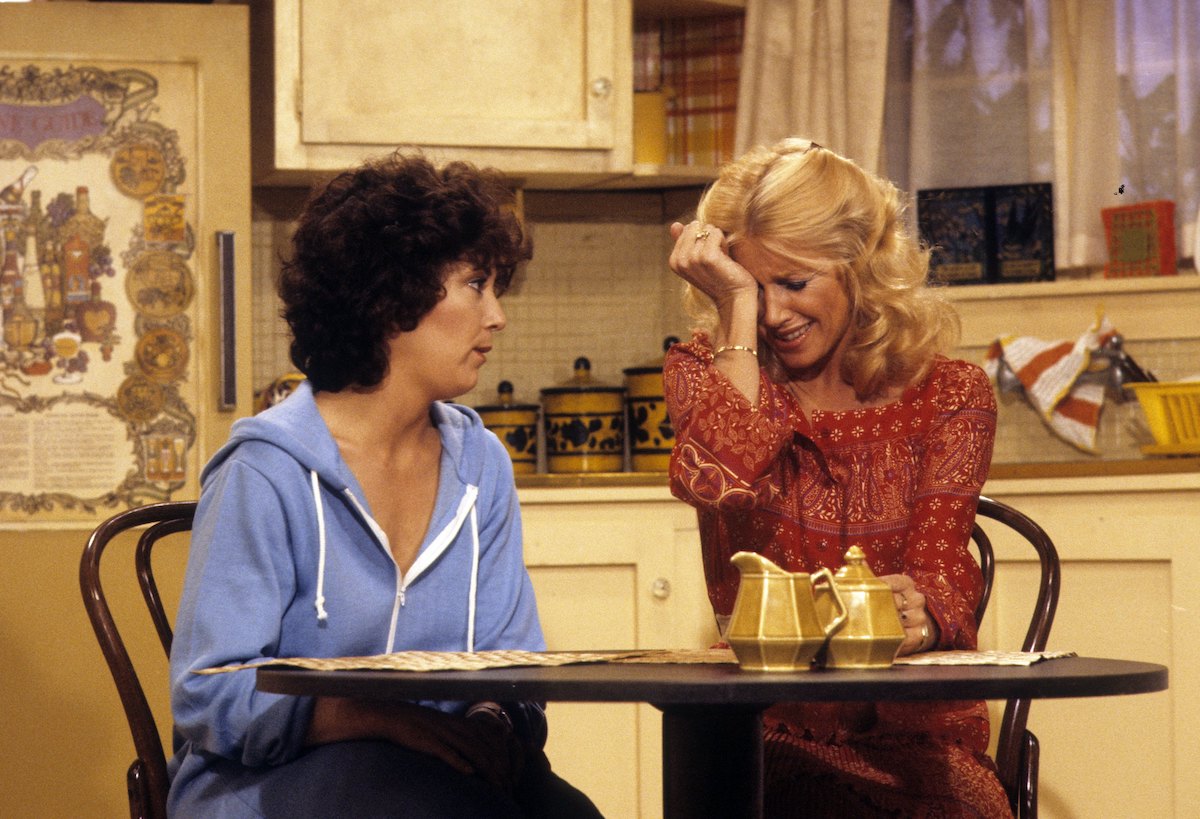 Despite changeovers among its main cast, two actors remained with the show from beginning to end: John Ritter and Joyce DeWitt. In Ritter’s case, this makes sense, since according to author Chris Mann, Three’s Company was conceived as a showcase for him. Mann — who wrote the 1998 book Come and Knock on Our Door: A Hers and Hers and His Guide to Three’s Company — recently talked about the show’s history with Closer Weekly.

“Contractually, John Ritter was the star, and the show was designed around his acting experience and his comedic talents,” Mann said. “He had also done improv classes with Robin Williams. So he had this talent that was undeniable. And the producers, of course, saw him as the star.” But as Three’s Company went on, one of Ritter’s co-stars apparently became envious of the spotlight.

But Suzanne Somers seized the opportunity to advance her career

Before landing the role of Chrissy Snow on Three’s Company, Somers appeared in George Lucas’ coming-of-age comedy-drama American Graffiti. And she had guest roles on hit shows such as The Rockford Files and Starsky & Hutch. Yet, as Mann told Closer Weekly, Somers saw in Three’s Company the opportunity to really advance her career.

“Suzanne wanted to be a celebrity, and she was business savvy. She had been quite poor at times, as a single mom. And she was a few years older. So she really approached this as Suzanne, Inc. That worked to her benefit for a while … but the show was always going to be about a guy and two girls.

And that created some tension when the media started to portray it as more a vehicle for Suzanne Somers’ jiggling or whatever. She created a funny character in Chrissy, but there were two realities happening with what the show was: how it was written and billed, and then how the narrative in the media was making the show seem like Suzanne was the star.”

Those tensions continued to mount until finally Somers was let go from Three’s Company after season 5. Jenilee Harrison and Priscilla Barnes were subsequently brought in to play new characters. Harrison’s Cindy appeared in seasons 5 and 6. Meanwhile, Barnes’ Terri became the third part of the show’s main trio — opposite Ritter and DeWitt — from seasons 6 through 8.

As for Somers, she went on to appear on a countless TV series over the years. But her most notable post-Three’s Company role was on another ABC sitcom, Step By Step. From 1991 to 1998, Somers starred opposite Patrick Duffy as the parents of a blended family.

And the show’s position as a kind of modern-day version of The Brady Bunch translated into high viewership. In fact, Step By Step was a pillar of ABC’s “T.G.I.F.” Friday night line-up. Then the series moved to CBS for its final season. Step By Step is currently streaming on Hulu.