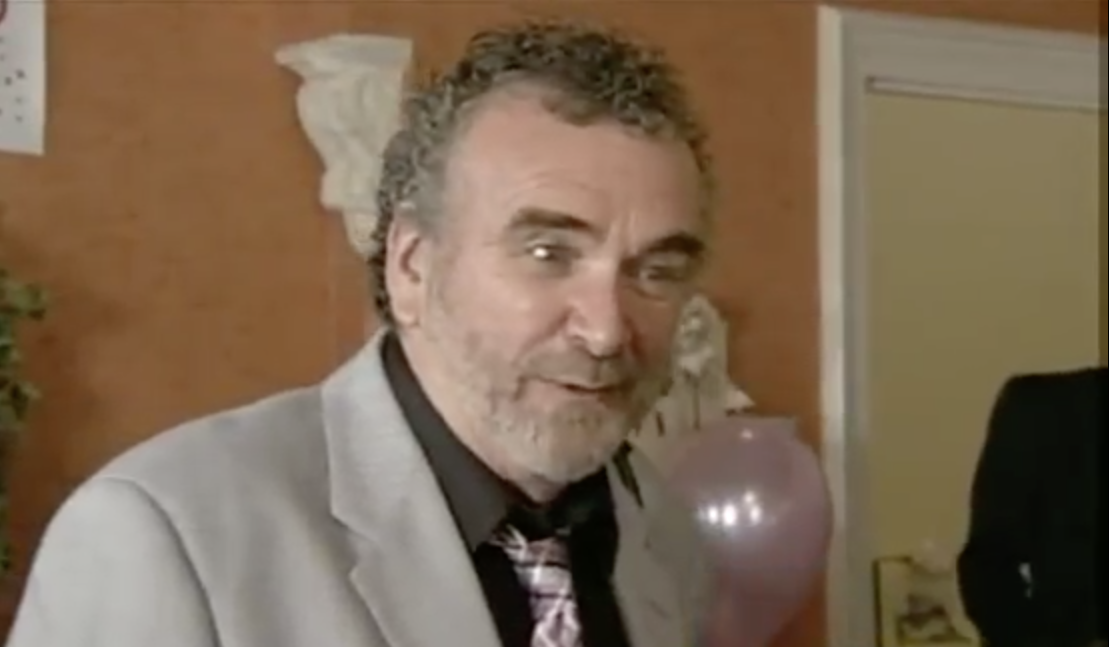 Tony Selby was best known for his work on Get Some In! and My Family, but do you remember when he appeared in EastEnders?

The actor, who died on Sunday at the age of 83, portrayed Clive Mitchell in the BBC One soap for two episodes back in 2002.

Clive was a brother of Eric Mitchell, dad of well established members of the Mitchell clan, Phil (Steve McFadden) and Grant (Ross Kemp).

Ronnie (Samatha Womack) and Roxy (Rita Simons), who were controversially killed off in 2017, were Clive’s nieces.

Clive had two sons, named Harry and Charlie. Neither of them have ever appeared in the long-runnnig serial.

Actor Tony’s management LCM Limited shared a statement on Twitter today, announcing he had died in London on Sunday.

‘With great sadness we announce that actor Tony Selby passed away peacefully in London yesterday,’ said the statement.

‘In a career spanning 70 years in theatre, film and TV, Tony was highly respected and loved by family, friends and colleagues.

His renowned sense of humour will be missed by us all.’

Tony portrayed Corporal Percy Marsh in RAF set comedy Get Some In! from 1975 to 1978, and also appeared in Doctor Who from 1986 to 1987, where he played the character Glitz.

His TV work also included Mulberry, The Detectives in which he played Sgt. ‘Nozzer’ Richardson.