The Queen’s Platinum Jubilee celebrations began on Thursday with Trooping The Colour, but not all viewers were impressed with the BBC’s coverage.

Her Majesty’s Platinum Jubilee will be taking place across the weekend, with the nation treated to two bank holidays ahead to mark the occasion.

There is also extensive coverage across the major broadcasters, with the BBC leading the way.

This morning, the channel was one of those offering up commentary of Trooping Of The Colour, hosted by Kirsty Young and Huw Edwards.

However, some of those tuning in were less impressed and switched off as they claimed the presenters were ‘too busy talking’ to celebrity guests instead of concentrating on the ceremony.

Taking to Twitter, one infuriated viewer wrote: ’We don’t want to see “celebrities” prattling, we want to see the soldiers.’ 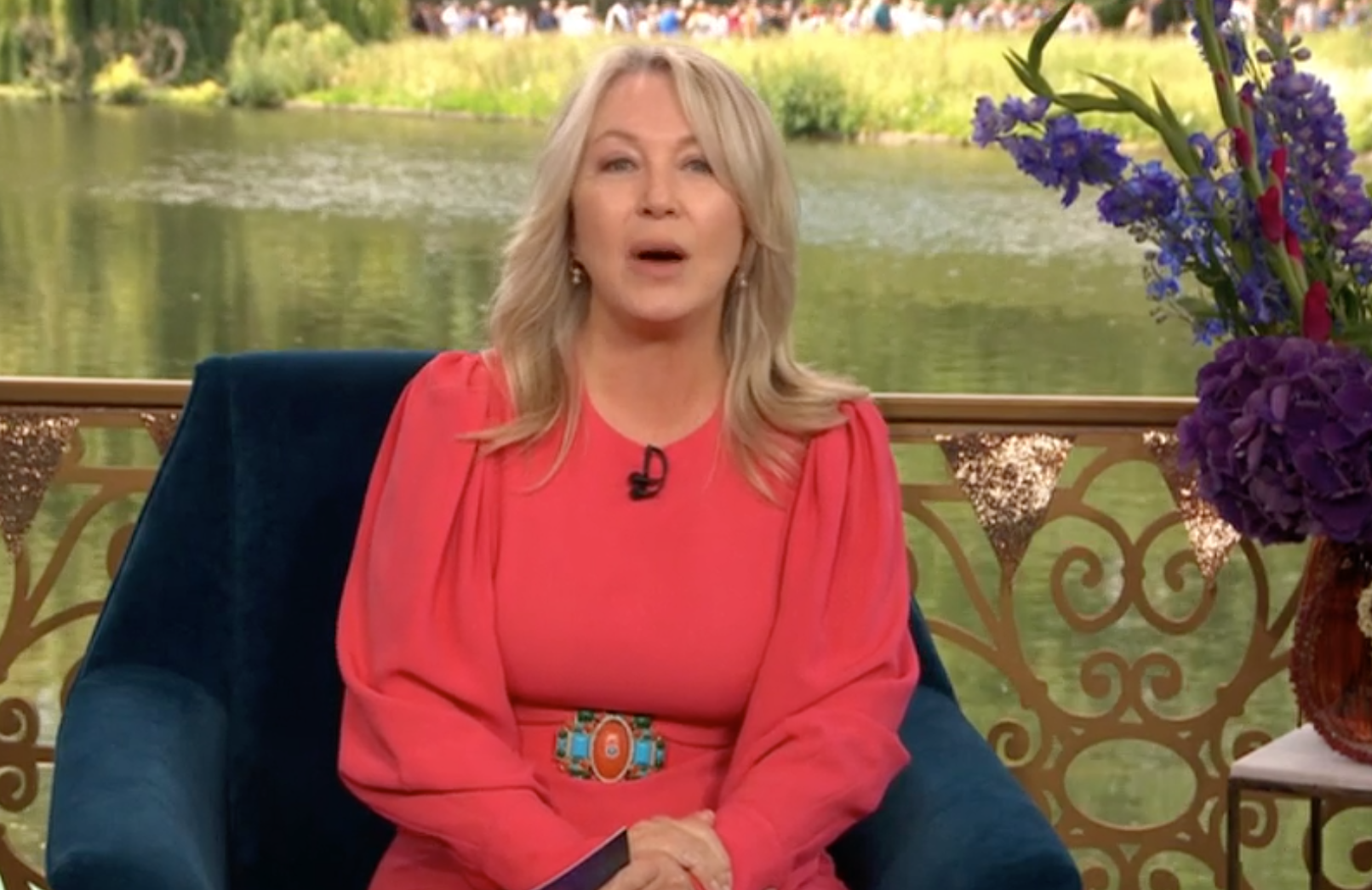 ‘BBC’s camera work covering Trooping the Colour is pretty s**t to be fair,’ someone else moaned.

Others were switching to rival broadcasters GB News and Sky, with viewers preferring their coverage over the Beeb’s.

A Twitter user wrote: ‘@GBNEWS, never missed Trooping the Colour always watching on the BBC, flipped to @GBNEWS and Alistair Stewart and David Starkey are a great start even before they speak.’

‘@BBCNews @BBCOne I have switched to @SkyNews to watch Trooping Of The Colour because as usual are too busy talking and missing all the action,’ someone else added.

Another commented: ‘Watching Trooping the Colour on TV –  flicked between BBC and Sky and I am disappointed to have to say the coverage by Sky is far superior at this point in time.’

‘Once again, GB News has it right and BBC News has it so wrong. Lovely though Penelope Keith and Palin Palin are, they are not Trooping the Colour. GB News gives us the Jubilee, Buckingham Palace, marching soldiers in bearskins, horses, drums and the loyal crowds,’ a viewer shared.

Meanwhile, many were happy to see Kirsty back on-screen on the BBC, as she’s been mainly absent from the broadcaster in the last few years.

One viewer said: ‘Fantastic to see the wonderful KIRSTY YOUNG back on TV fronting the BBC’s Trooping The Colour coverage. A favourite presenter for so many and much missed whilst she’s been away.’

‘So great to see Kirsty Young back on the airwaves, I’ve missed her stellar broadcasting. #PlatinumJubilee,’ agreed another.

Someone else weighed in: ‘Bit allergic to the royals but it sure is nice to see #KirstyYoung broadcasting again.’

The BBC’s new political editor Chris Mason added: ‘Wonderful to see the brilliant Kirsty Young back on the air this morning @BBCOne #PlatinumJubilee.’

Kirsty, 53, presented Desert Island Discs on BBC Radio 4 up until 2018, when Lauren Laverne took over temporarily and confirmed she’d quit for good the following year.

The broadcaster was diagnosed with rheumatoid arthritis, as well as fibromyalgia, in the same year, which caused her to decide to take some time away from her presenting duties.

Fibromyalgia is a chronic condition that causes pain all over the body.

The Scottish TV host will go on to host Platinum Beacons: Lighting up the Jubilee; BBC One’s live coverage of the lighting of more than 1,500 beacons to celebrate the Queen’s 70-year reign.

Taking place from Thursday, June 2, to Sunday, June 5, the celebrations mark Her Majesty’s record-breaking 70th year on the throne.

Across the UK, there will be street parties, concerts, and other special events attended by the Queen and senior members of the Royal Family.