The Bachelorette star Tyler Cameron is finally at the Nemacolin Resort in Pennsylvania, where his best friend Matt James is filming The Bachelor.

For weeks, several Bachelor Nation icons have made their way to Nemacolin to support Matt on his journey to find love, but fans wondered why two key people were not there.

Matt is best friends with Tyler, so it only makes sense he’s there with his friend.

Second, Matt and Hannah Brown, who was the lead on The Bachelorette in 2019, became great friends after filming.

Fans wondered why Hannah and Tyler weren’t there with him. Now, it appears that Tyler is getting his chance to support his best friend.

Tyler Cameron is finally at Nemacolin to support Matt James

The news of Tyler being at the resort was shared by a fan account called @mannahfan.

The news was then reshared by @bachelornationdaily, which added, “Yes someone Matt knows, thank you!!” 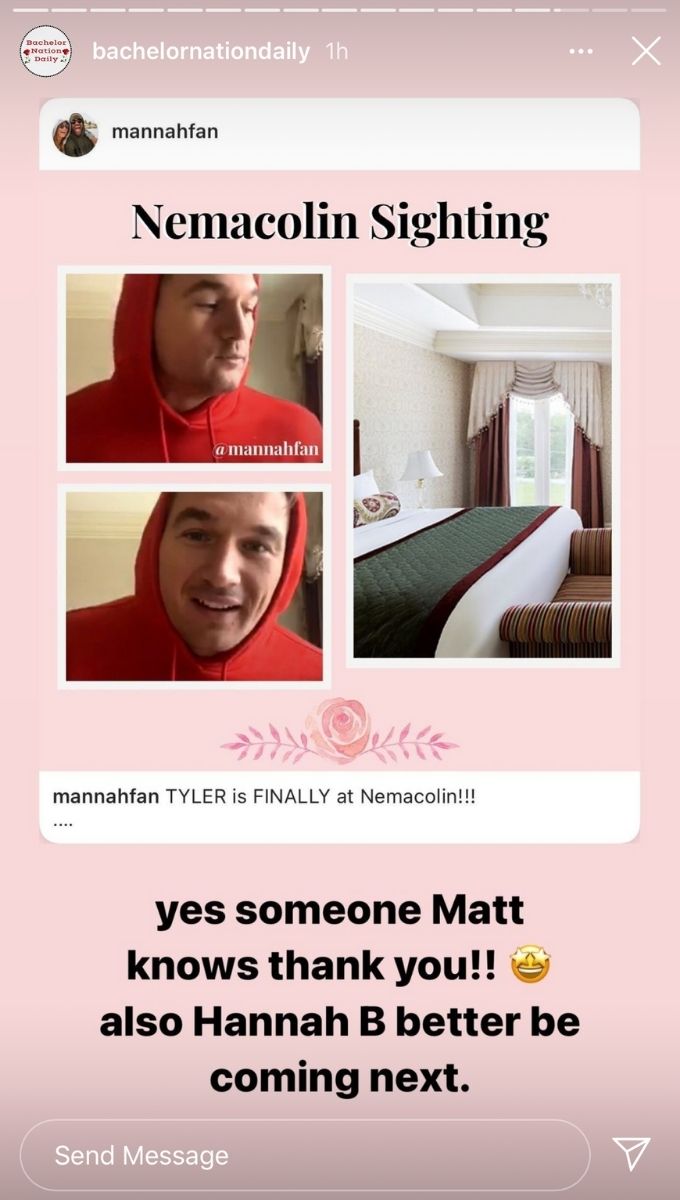 The account also added, “Also Hannah B better be coming next.”

Tyler was in a hotel room that looked like a room at the Nemacolin resort. Fans shared screenshots of Tyler, who appeared to be talking to someone on his phone or computer.

His background was compared to one of the rooms offered at the resort.

Tyler Cameron made no mention of Hannah Brown being there

It’s possible that Tyler himself can’t say that he’s at the Nemacolin resort to film. And he, therefore, made no comments about Hannah being there either.

In fact, it seems Tyler wants to distance himself a bit from Hannah and the whole Bachelorette outcome.

It was late last week that a tweet surfaced, showing Tyler liking a comment about giving him some space regarding Hannah.

Earlier this month, Hannah and Tyler released a YouTube video together. They wanted to set the record straight, revealing that nothing had happened between them during the quarantine while they were together at Tyler’s house in Florida.

Just a few days later, Hannah reflected on complicated relationships in her life on Instagram. She didn’t share whether she was referring to Tyler or talking about general relationships that were a bit unreliable in her life.

These days, Hannah is spending her time in Los Angeles with her friends. She hasn’t said anything about Matt’s season of The Bachelor, other than being excited when he was announced as the next lead.