Venom 2 is the highly anticipated sequel to the 2018 movie starring Tom Hardy. The villainous titular character is best known from the Marvel comic books as Spider-Man’s nemesis. Because of Sony’s continuous interaction with Marvel and the MCU, questions have arisen over whether Holland’s version of Peter Parker will come face-to-face with the symbiote in the upcoming film.

Serkis, the director of Venom: Let There Be Carnage, recently spoke out about the connection between the two universes.

Previously, it was noted that Sony’s Marvel character properties – Venom and the upcoming Morbius movie – would remain separate from the ongoing MCU.

However, Serkis has teased that things could change in the coming films.

The director said: “Obviously there are links between Venom and Spider-Man and the Marvel universe and the Spider-Man story, but we’re treating this very much as it’s his own world.” 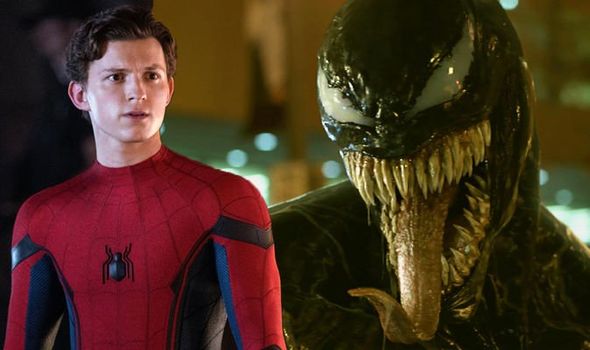 Serkis then noted that the trailer even held a hint to the MCU.

Within it, Stephen Graham’s character, Detective Mulligan, can be seen reading a copy of the Daily Bugle newspaper. This is the newspaper Parker traditionally works at, which is owned by his boss, J Jonah Jameson.

The director continued: “Venom’s story is his own world, there are nods and little moments just like this newspaper The Daily Bugle of course.

“But on the whole, he’s unaware, they are unaware at this point of other characters like Spider-Man.”

Tom Holland reveals he has received the Spider-Man 3 script

Serkis added: “So that’s the way we’ve chosen to play this particular episode of the movie but, well, we’ll wait and see what little things you can pick out of it.”

Although this sounds like Spidey won’t be appearing in the movie, the wall-crawler’s upcoming third movie, No Way Home, will introduce some reality-bending situations.

The film, which also stars Doctor Strange actor Benedict Cumberbatch, is reportedly going to open up the MCU’s multiverse, bringing in old Spider-Man actors Andrew Garfield and Tobey Maguire along for the ride.

With this in mind, it would be simple to bring Venom over to the MCU using the multiple universes that will no doubt open up along the way.

Serkis later went on to talk openly about newcomer to the series, Cletus Kasady (Woody Harrelson).

Cletus has his own symbiote, Carnage, who is one of Spidey’s more vicious foes and is the nemesis of Venom.

The character made a brief appearance in the post-credits scene during the first film.

Speaking about the character’s off-screen journey, the Lord of the Rings star told IGN: “We wanted to give a sense that he’s been in there for some time and that he’s gone through various changes … so that we could really [see] what’s going on with the darkness of the character.”

Touching upon Carnage and why he’s so evil, Serkis added: “With all symbiotes, they reflect the person who is their host.

“So the darkness of Carnage, the playfulness, the wit, the strangeness. Cletus has a real intelligence and… a real sense of humour.

“We wanted to reflect that in the symbiote that is linked to him.”