Geordie Shore star Vicky, 31, and The Only Way Is Essex cast member Pete, 30, filmed scenes together today for TLC series Vicky Pattison: The Break Up. 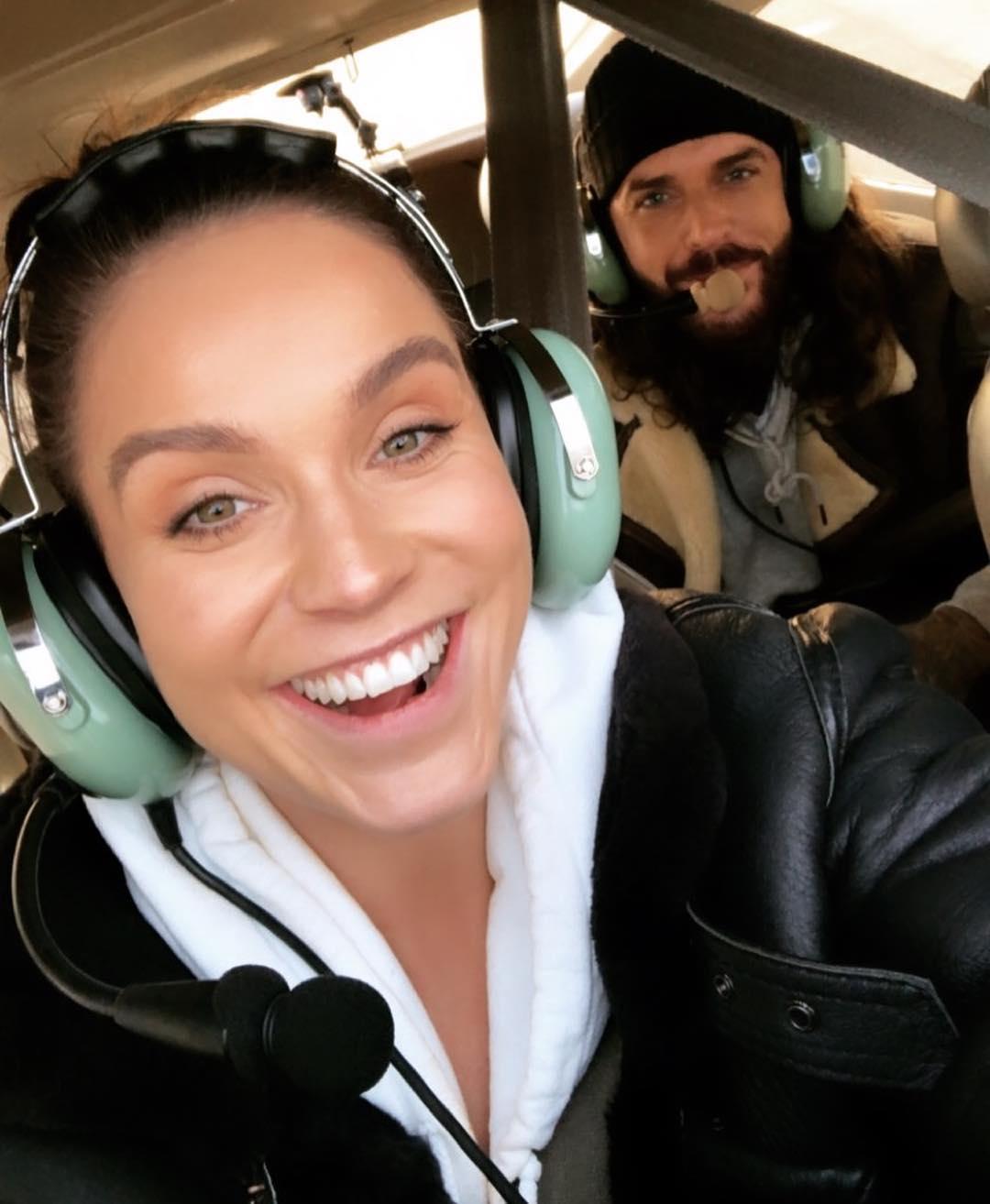 Former I’m A Celebrity… Get Me Out of Here! winner Vicky could be seen sitting in the pilot’s seat of a light aircraft in shots posted on social media.

And, in a picture shared on Instagram, Pete could be seen peering over Newcastle native Vicky’s shoulder ahead of the launch of her new show.

Sharing a picture of the pair on Instagram, Vicky wrote: “Pirate Pete and Pilot Pattison reporting for duty!!!! ?✈️⚓️

“Well that was it, last day of filming for my brand new show!! Big shout out to Anglian Flight Centre for having us today! You guys were lovely! 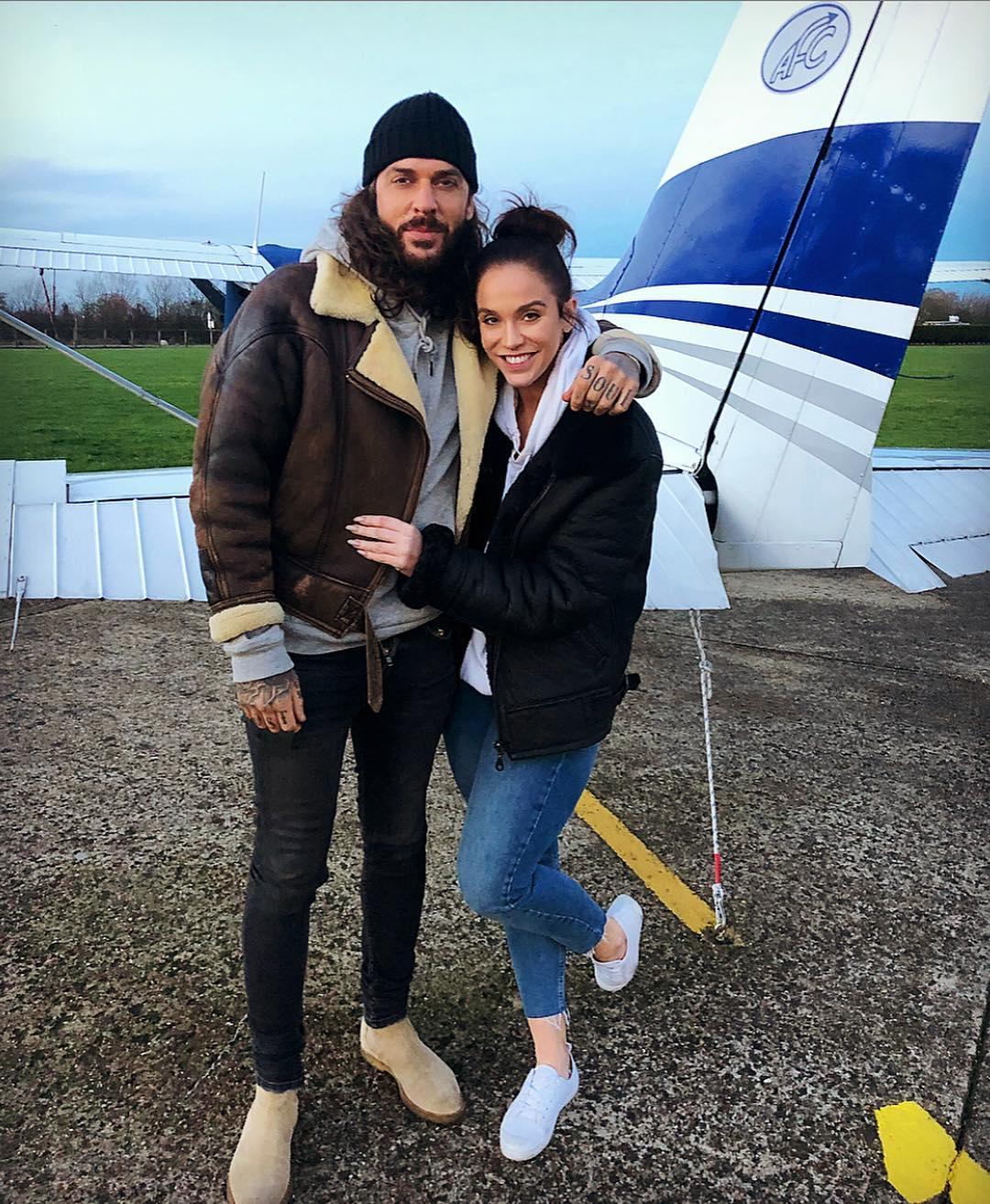 “I’d also like to thank @tlctvuk for allowing me to turn the worst moment and a tough time into something positive and cathartic! I hope you all tune in and be kind on the 30th of January! 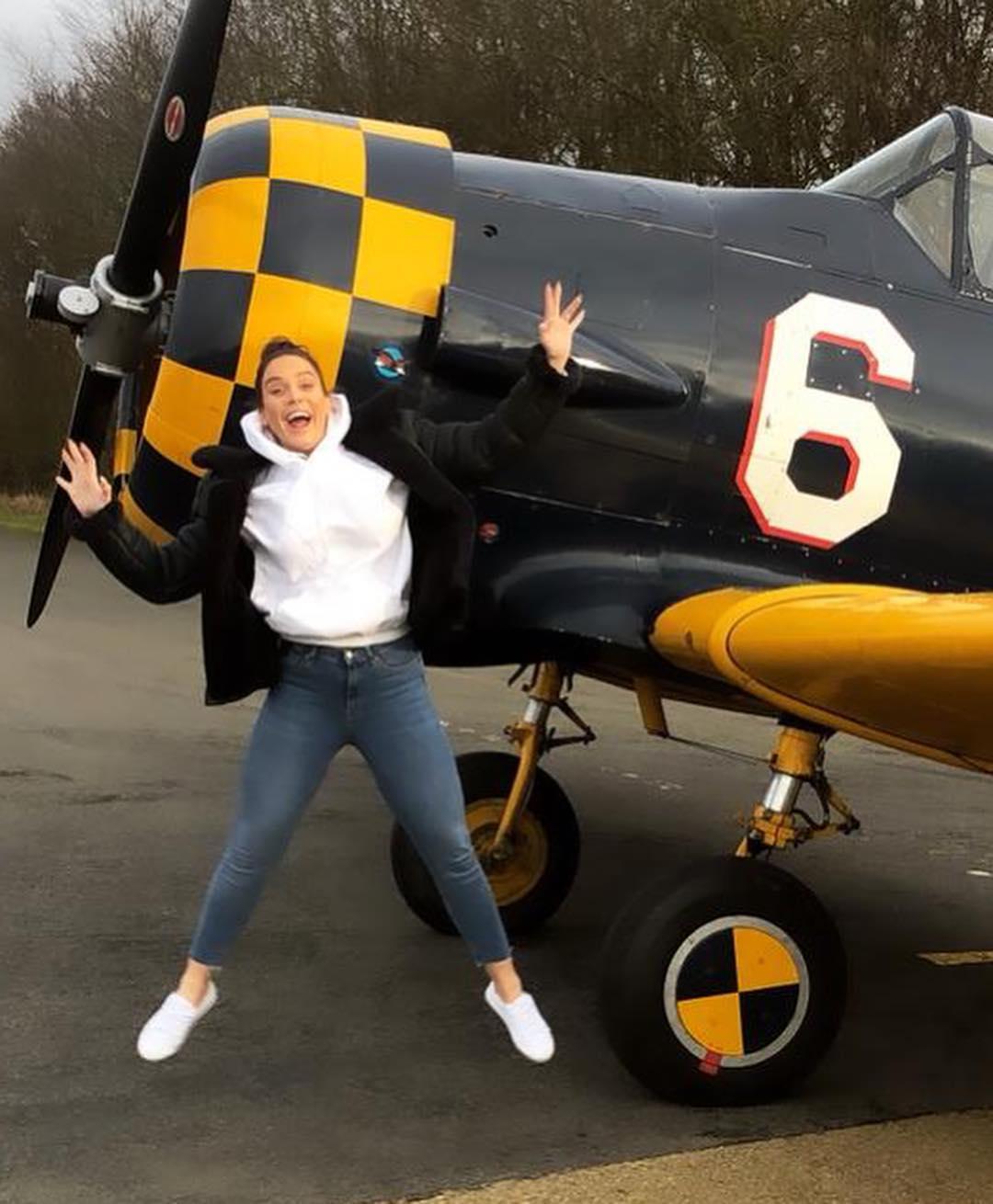 Vicky also shared a video of herself and her reality pal on her Instagram Stories in which she jokingly suggested Pete should try the daredevil sport wink walking.

She asked him: “Do you want to do some wing walking?”, to which Pete quickly responded: “No, no I don’t! Will you do me a favour and not kill us!”

Vicky laughed: “No, I can’t promise anything.”

The reality star recently checked herself into a retreat after admitting she needed some "self care" following a difficult year.

The former Loose Woman, who recently split from her fiancé John Noble, told fans on Instagram that she accepted she needed help and decided to enter a detox programme. 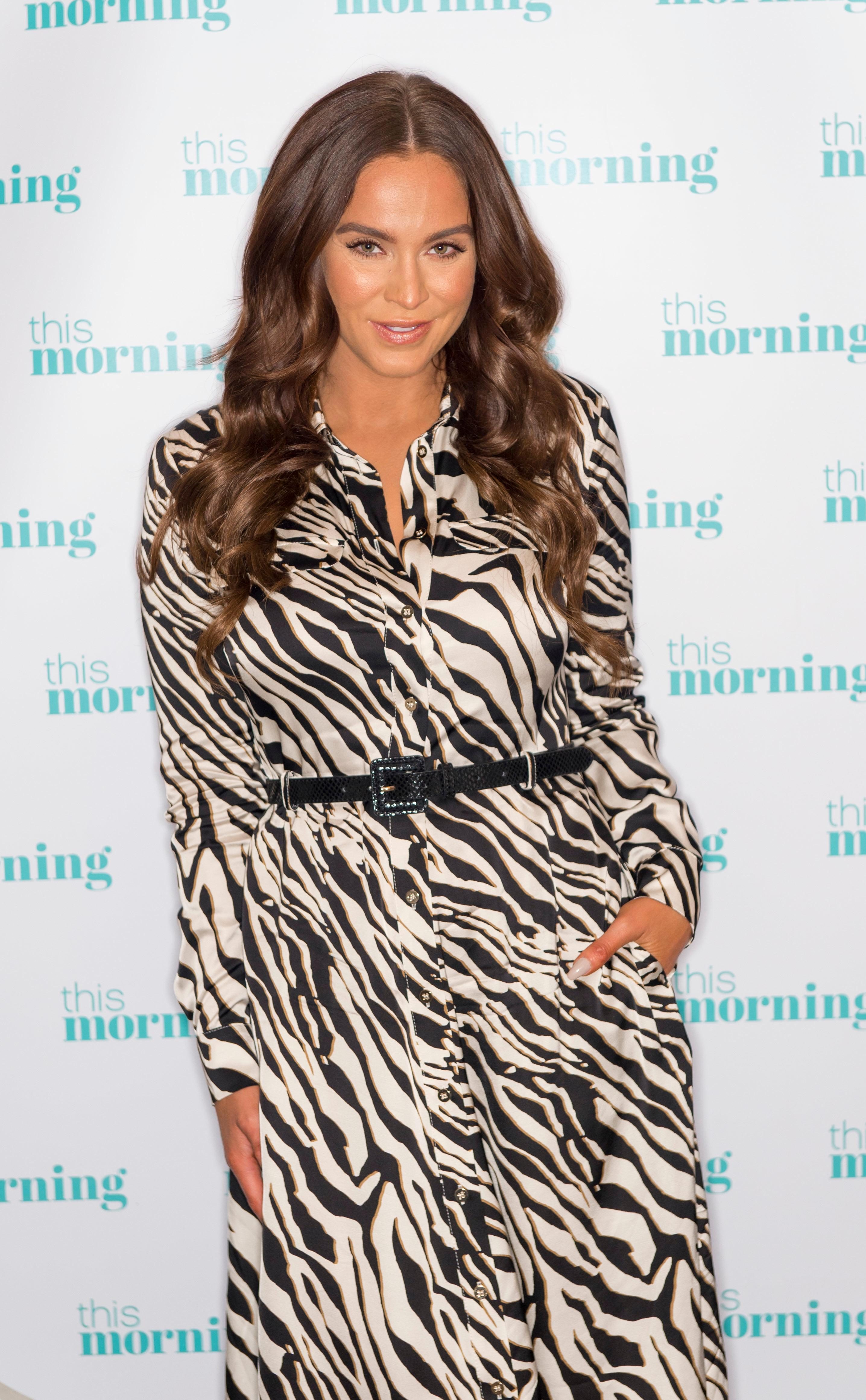 Vicky shared a photo online that said "she is strong but she is tired" and captioned her post: "I'm completely done both physically and mentally.

"I've put my all into keeping going these last few weeks and now I need to accept that I need to go somewhere that is good for my soul and rest.

"As they say @juicemasterretreats 'Sometimes the only way to move forward is to retreat.' So off I go for some down time and self care.

"Sending you all loads of love and thanks for all your continued kindness."

I’m completely done both physically and mentally. I’ve put my all into keeping going these last few weeks and now I need to accept that I need to go somewhere that is good for my soul and rest. As they say at @juicemasterretreats ‘Sometimes the only way to move forward is to retreat.’ So off I go for some down time and self care. Sending you all loads of love and thanks for all your continued kindness ?

The star's friends recently stepped in to give her as much support as possible following her split from fiancé John.

The former Geordie Shore favourite was getting help from her pals 24 hours a day after she was left devastated when John was allegedly seen kissing a girl he met in a Dubai nightclub.

The love rat was seen to be “acting single” as he grew close to a brunette named Supriya who works as a London estate agent.

Vicky has since been looked after well by her mates, and she posted a clip of herself laying in bed in a London hotel on her Instagram stories as they watched television. 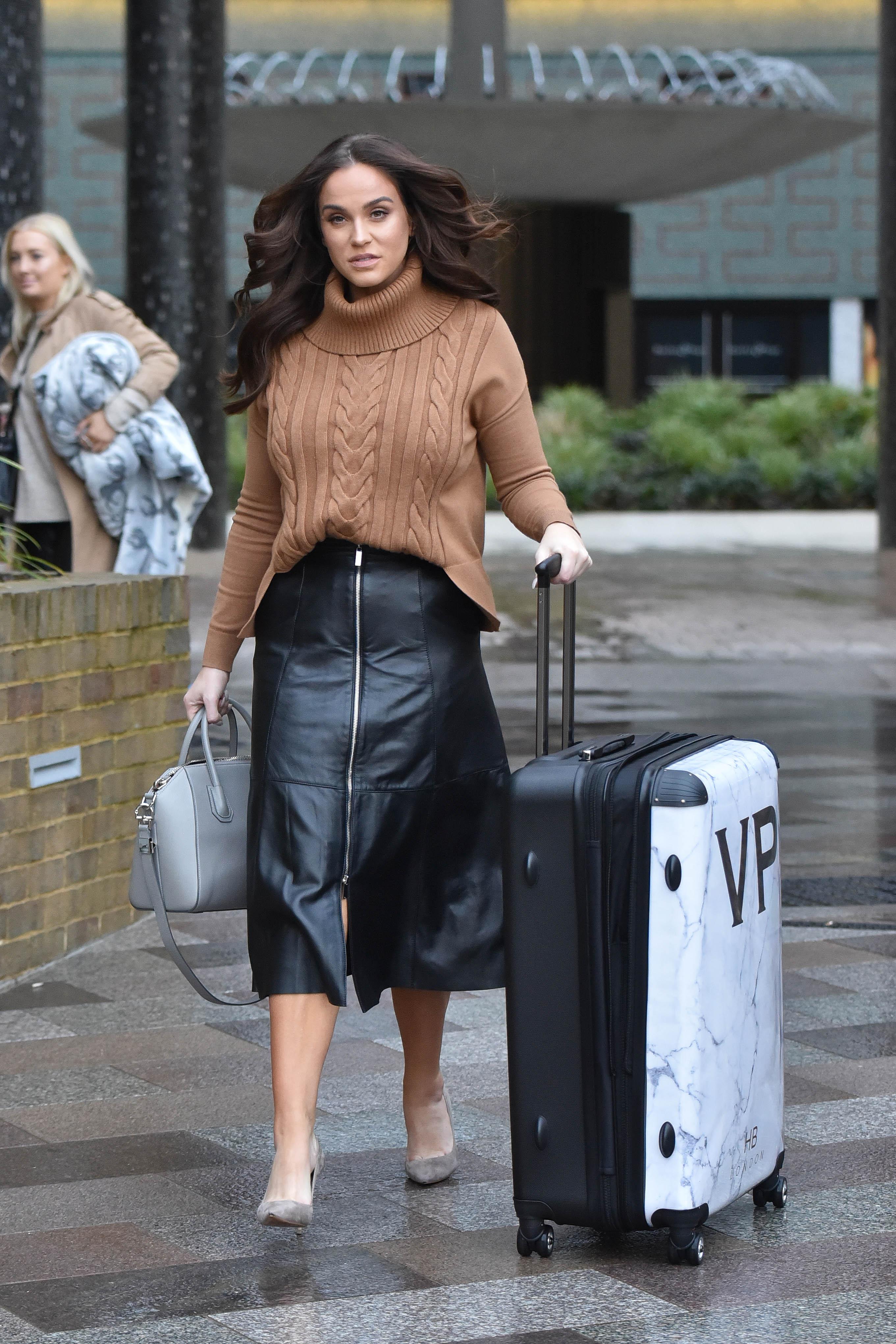 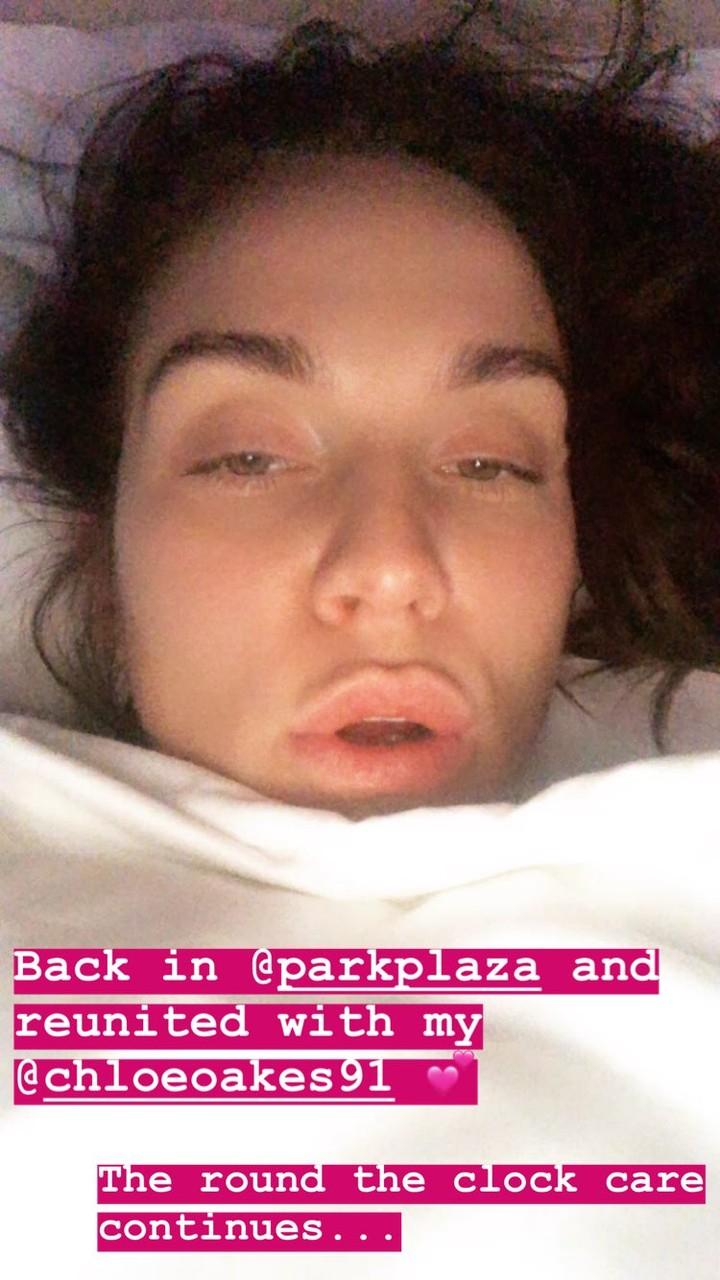 She captioned the image: “Back in @parkplaza and reunited with my @chloeoakes91. The round the clock care continues…”

Onlookers recently told The Sun Online 31-year-old John had his arms around a girl’s waist on the dance floor at a Dubai club before inviting her over to his private booth.

The source claims they were kissing throughout the night at the White Club venue.

The bombshell revelation comes after John was caught on video grinding on a sexy blonde at Billionaire Mansion club six miles away. The footage left Vicky heartbroken and humiliated. 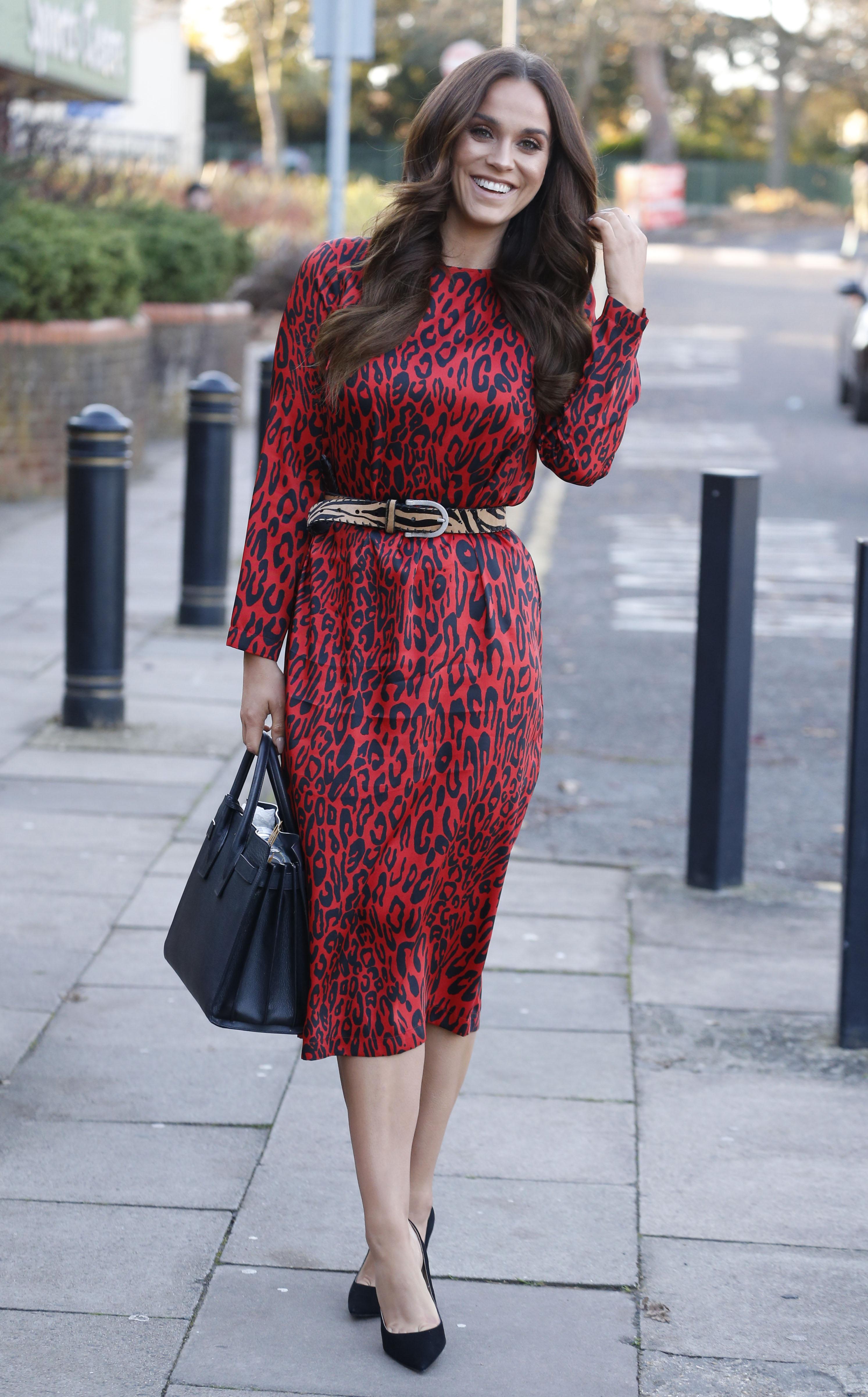 A witness told The Sun Online: "They kissed. He was in a club and he was acting like he was single. They were dancing together and then he invited her to sit at his private table. They sat together for ages and he was taking a ring off his hand and putting it on her finger.

"They ended up kissing at the table Former I'm a Celebrity winner Vicky ditched her engagement ring hours after discovering her fiance's betrayal. 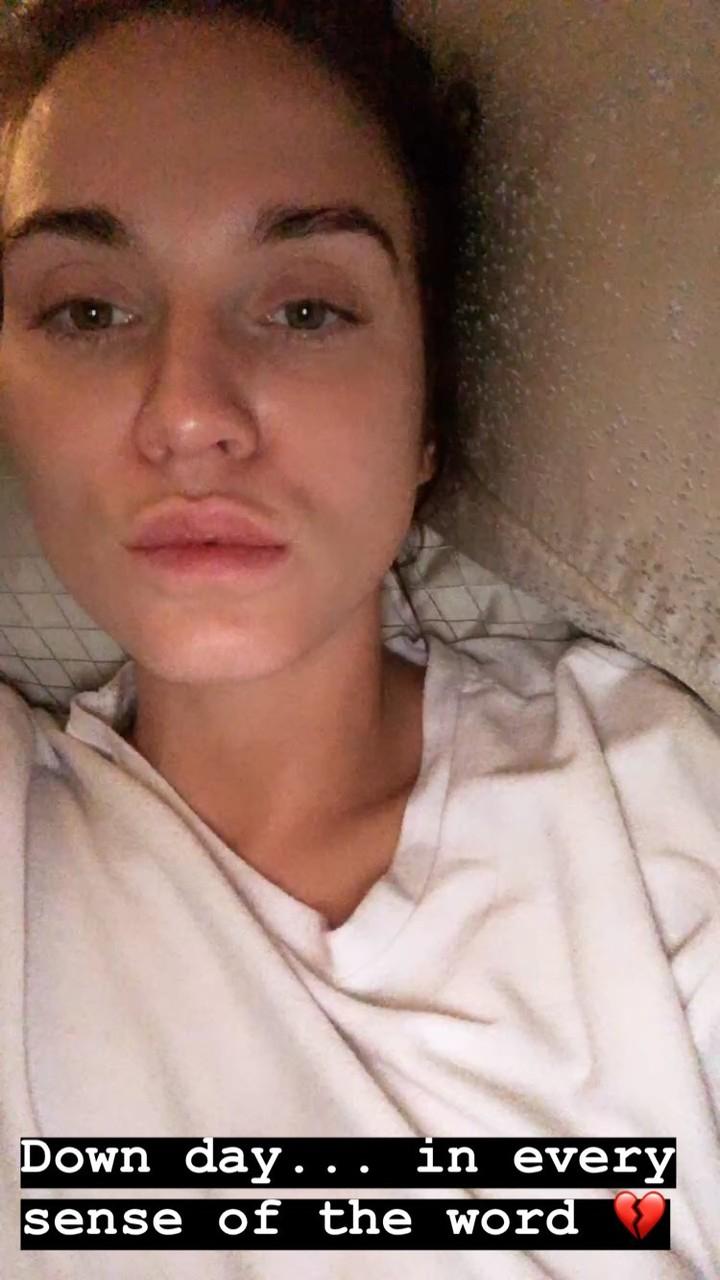 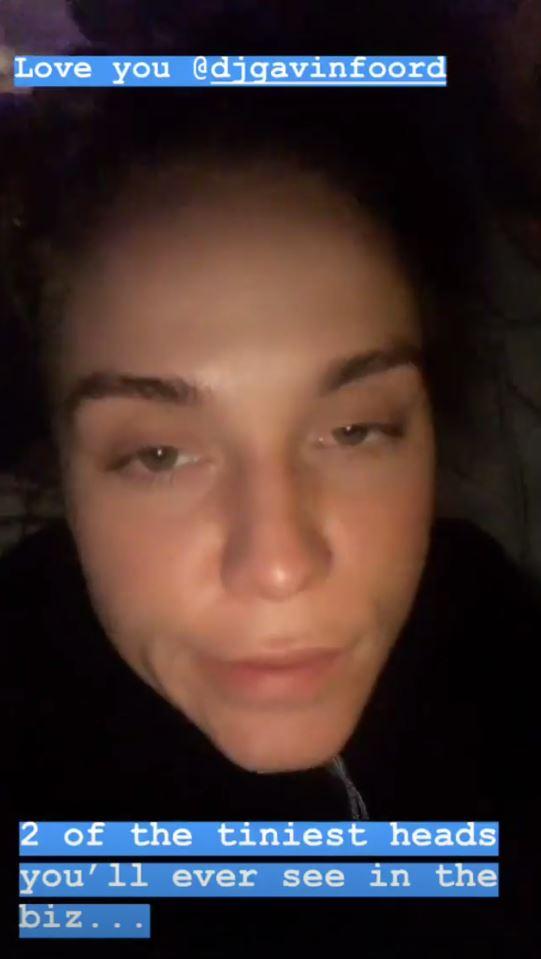 Following her split, Vicky was spotted partying with a number of pals.

Vicky captured her night on Instagram and wrote: “Pregaming has done me”, whilst posing with a cocktail.

As the night got messier, Vicky posted another story doing shots with her pals and wrote: “Jesus, look out Newcastle.”