Victoria’s (played by Jenna Coleman) husband Albert (Tom Hughes) was worried about the family as political unrest grew outside the palace, and he wanted them all to head to the Isle of Wight.

During one conversation about the situation, Lord Melbourne’s (Rufus Sewell) name was brought into the discussion and it was too much for some Victoria fans.

As dedicated viewers of the ITV series will remember, the ex Prime Minister died in the previous series.

It makes me too emotional

“Ok but did they have to bring up Lord M #Victoria,” one shared.

Another wrote: “Now I’m just a mess thinking how much I miss Lord M #victoria.”

A fourth declared: “My heart when I heard “Lord M”…#Victoria.”

While a sixth exclaimed: “Enjoyed #Victoria tonight. Exciting and concerning. Adored the mention of Lord M. Palmerston is very engaging but boy is he rude!” 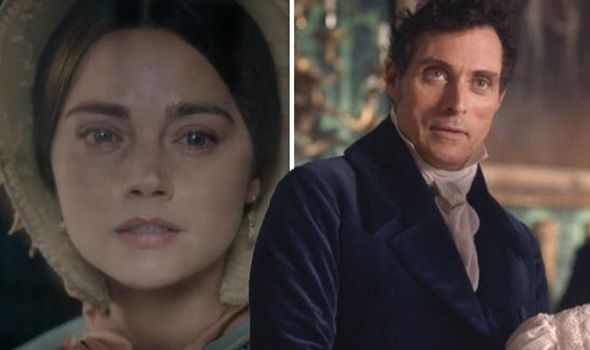 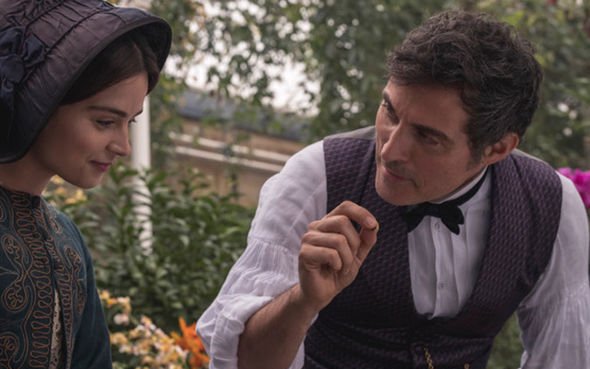 However, his illness eventually killed him, although the character’s death occurred off screen in the second season.

Their only guest was Brodie (Tommy Knight) who bore witness to the proceedings.

Although, Nancy didn’t tell Victoria about the wedding but told Charles she would tell her once she knew the Queen was safe. 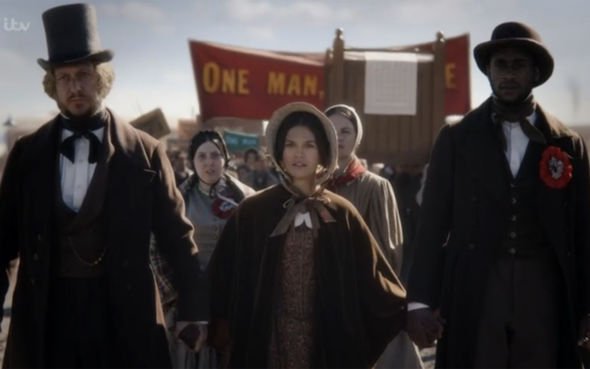 The episode also saw the Chartists make developments in their cause as they made their way to parliament.

While troops were called in to stop the protestors making their way across the Thames across Waterloo Bridge, Victoria called off the enforcements and so the Chartists were allowed to pass peacefully.

Fan were delighted to see the pair wed, as one exclaimed: “Oh god I love Charles and Nancy! Brodie is such a great friend. #Victoria.”

“So happy that Nancy and Charles are finally married! #Victoria,” another opined.