Victoria continues later this evening on ITV with the second instalment in the new series and ahed of the episode airing, writer Daisy Goodwin has revealed Queen Victoria (played by Jenna Coleman) will become so angry she ends up acting violently towards her husband Albert (Tom Hughes).

Discussing how she finds storyline inspiration from a series of letters which the monarch wrote, the script writer said: “They [Victoria and Albert] had this real humdinger of a row.

“She does something in front of the court and you’re going to be really surprised.”

“i won’t tell you what it is, but basically, she throws a glass of wine over him which is what happened and that’s amazing. You can’t imagine our Queen doing that!” Daisy exclaimed. 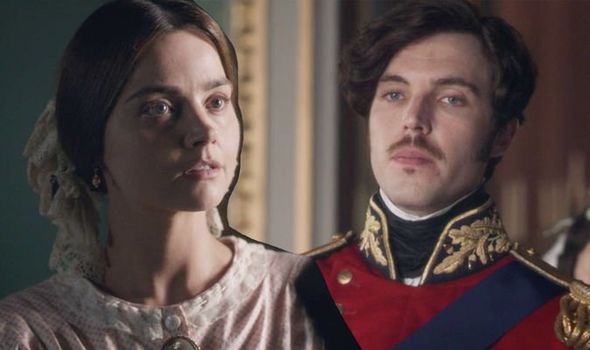 Explaining where she got the evidence for this incident, she added: “”That’s in a contemporary [document], one of the courtiers.

“Obviously it’s not something Victoria was going to write about or Albert, but it’s all there, you have to read all the stuff, the subtext. That’s the thing I really enjoy doing; what they leave out.”

There was a reason why Victoria got so angry and lost her temper and Daisy said: “I think it was over Bertie.

“Or I think it’s because Victoria often felt Albert dismissed her as emotional and illogical and ‘you’re just a woman’ and she feels quite rightly she’s in touch.

“And I think she’s got a really intuitive sense of what her role as Queen is. She’s seeing it very much as ‘let’s have a checklist’ and she wants to be seen, to be believed, she wants to connect with her public as it were.

“And he [Albert] would rather give five year plans so they’ve got a very different approach and they’re both right of course,” the writer explained. 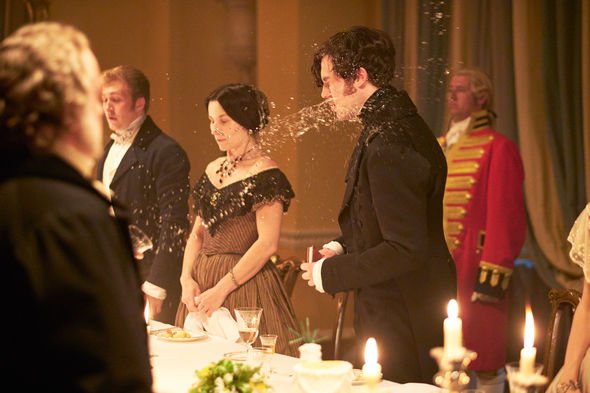 Tonight, viewers are going to tune in to see the riots in full swing.

The Chartist movement is going to turn violent and the Queen is stuck in a predicament; whether or not she should use force against her own people.

Albert on the other hand, is convinced his family should flee to safety and spend a few weeks on the Isle of Wight until the rioters have calmed down.

However, weak from the recent birth of her sixth child, Victoria is reluctant to abandon the palace and is determined to stay in London despite the threat.

As for the lives of those downstairs, Nancy Skerrett (Nell Hudson) is confused over her future. 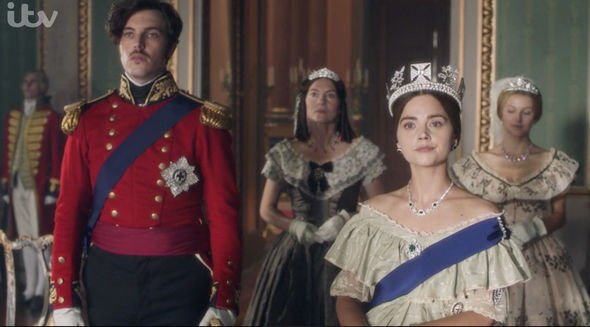 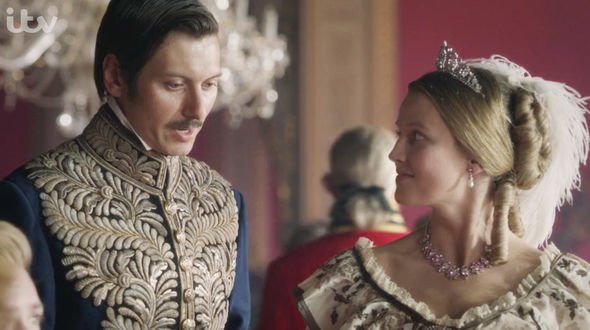 She throws a glass of wine over him.

Fiancé Charles Francatelli (Ferdinand Kingsley) announces he has gone ahead and bought a hotel for the pair of them.

But with Victoria needing her support now more than ever, Skerrett is worried about handing her notice in at such a turbulent time.

As for the unbearable Lord Palmerston (Laurence Fox), he is moving swiftly in the direction of Duchess Sophie of Monmouth (Lily Travers).

Having spotted her at dinner last week, Palmerston comes to the Duchess’ rescue this week when her carriage is overturned.

But how will Sophie’s husband feel about the Foreign Secretary’s advances?