After more than one year of waiting, Vikings season six will premiere on Wednesday, December 4, on History US and Thursday, December 5, on Amazon Prime. One character who will be missing from the latest series is Lagertha’s (played by Katheryn Winnick) lover Bishop Heahmund (Jonathan Rhys Meyers) who was tragically killed in battle.

Who was Bishop Heahmund? Was he real?

Bishop Heahmund was an Anglo-Saxon Bishop of Sherborne (present-day Salisbury) and a holy warrior.

The real Bishop Heahmund resided in the kingdom of Wessex and was loyal to King Aethelred (Darren Cahill) and Alfred of Wessex (Ferdia Walsh-Peelo) as seen at the start of Vikings season five.

In the series, he was portrayed as Lagertha’s lover but this never happened in real life.

History’s character page for Heahmund, explains: “Heahmund’s tangles with Lagertha are unsupported by history, and it is far more likely that the two figures never met, let alone had extensive interactions.

“The addition of their meeting is definitely something that Michael Hirst thought was a necessary addition to the show, and seeing the two characters together on screen is sure to continue to be interesting in the episodes yet to come.“ 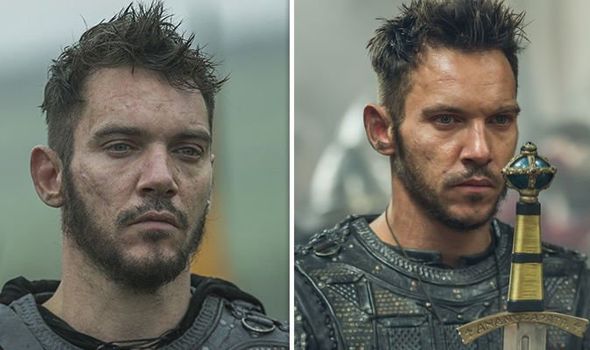 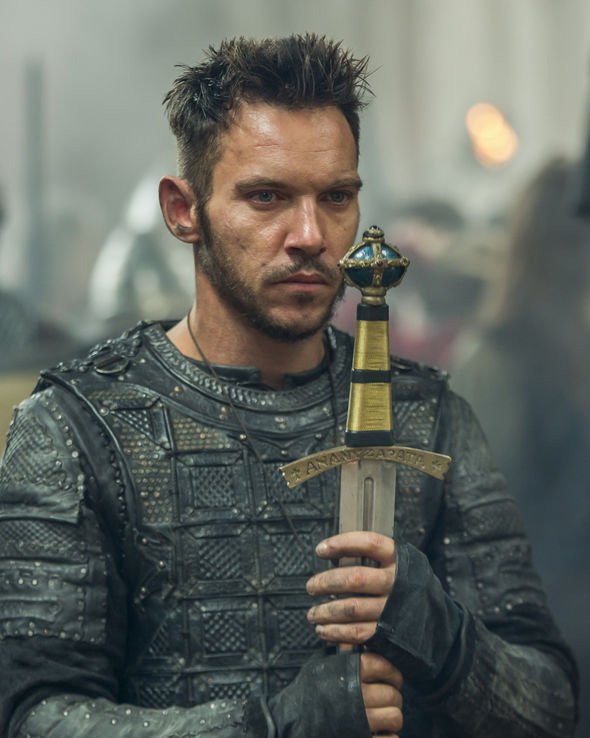 In Vikings, Heahmund was killed by Gunnhild (Ragga Ragnars) during the Battle of Marton.

The real Heahmund died at the Battle of Marton in 871, battling against King Halfdan Ragnarsson but he was not killed by Gunnhild.

The Battle of Marton took place on March 22, 871, against the invading Vikings. 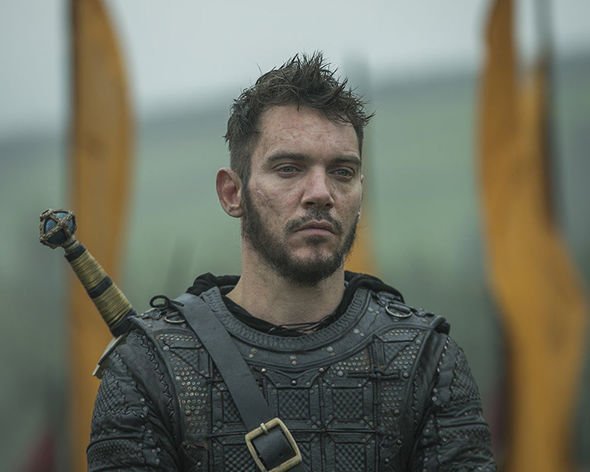 According to the Anglo-Saxon Chronicle, the Danes were victorious.

In Vikings, Heahmund was struck by several arrows from the enemy and Gunnhild sealed his fate by stabbing him in the back.

Following the real Bishop Headhmund’s death, he was venerated as a saint in the Eastern Orthodox Church and Roman Catholic Church.

Speaking to Variety about Heahmund’s death, show creator Michael Hirst said: “Heahmund is only a footnote in history – there was no precedent to have his character continue.

Vikings season 6: What is a Valkyrie? Who is the Angel of Death? [TRAILER]

“The nature of the character and his intensity means that he is much like a Roman candle: it must shine bright, have its effect and leave.

“The death scene was filmed in the snow and bitter cold in a rather enclosed field, and of course these scenes must be very intense and quite mechanical to shoot as we are dealing with arrows, but it does have a fluidity in its manifestation of the circumstances and consequences of his death and what it means for Lagertha.”

Who played Bishop Heahmund in Vikings?

Meyer is a Golden Globe nominee for his portrayal was Henry the VIII in The Tudors.

He won a Golden Globe Best Actor award and received an Emmy nomination for his role as Elvis Presley in the CBS miniseries Elvis.

Meyers is also well known for playing as football coach Joe in Bend It Like Beckham and as Declan Gormley in Mission Impossible III.

He also starred as the villain Valentine Morgenstern in The Mortal Instruments: City of Bones and as Dracula in the NBC series of the same name.