WandaVision is in such a unique position, being a Marvel series that, from week to week, fans have no idea what is going to happen. There are theories, of course, but really anything is fair game. Wanda Maximoff and Vision’s situation is becoming a bit clearer the further along viewers get in the series, but there are still a lot of questions left unanswered. Like Kathryn Hahn’s character Agnes; who is she, really? And is she as shady and bad as some fans think she is? However, looking toward the comics, she might not be. [Spoiler alert: Spoilers ahead for WandaVision].

Agnes wasn’t identified by S.W.O.R.D., leading fans to speculate about her 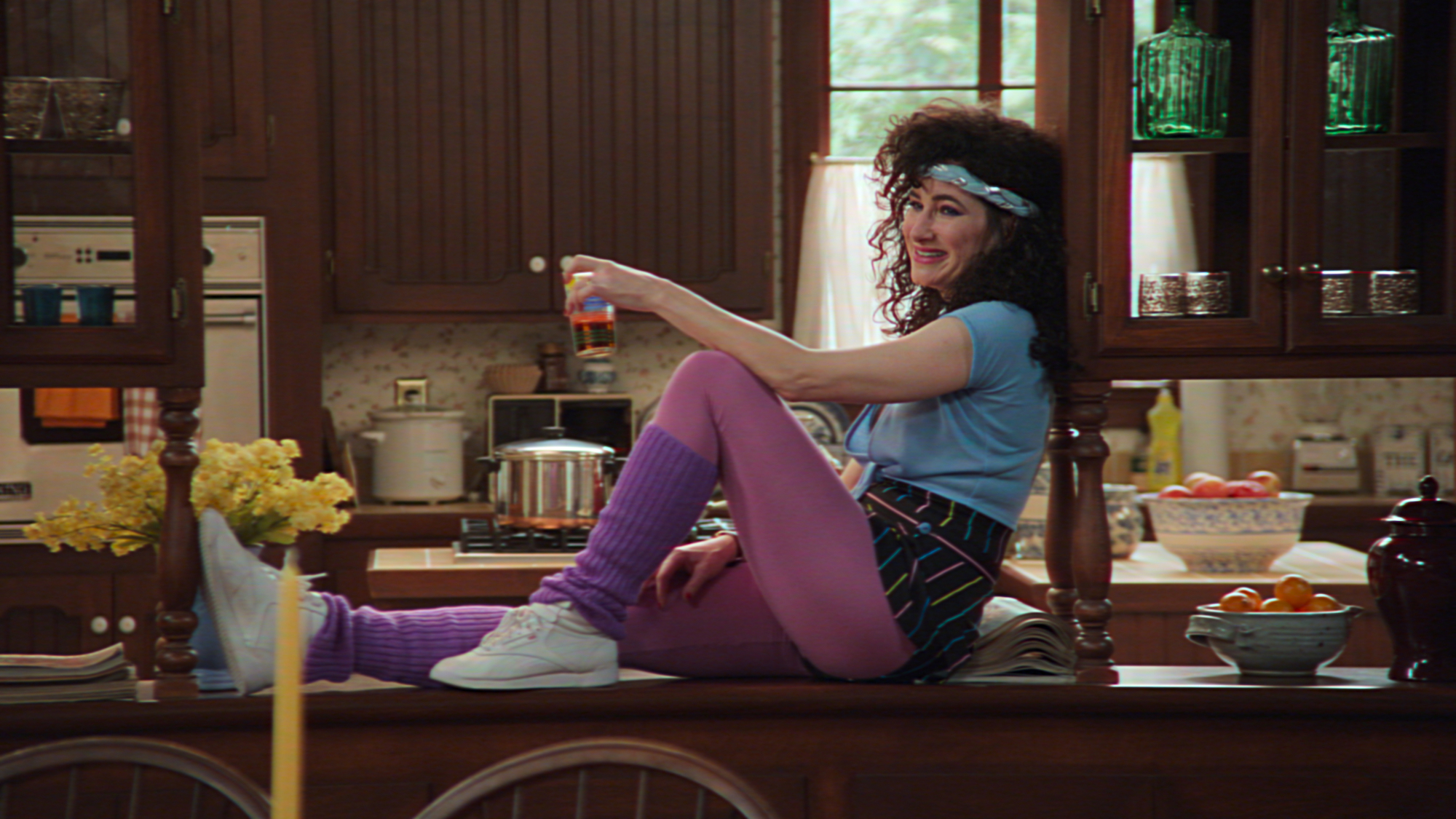 WandaVision started off with just Wanda and Vision in a 50s, black-and-white sitcom. A couple of episodes after that, and things had progressed into the 70s and Wanda was pregnant already. However, now, the real world is involved and it’s become clear to the viewers that Wanda is in control — or at least to a certain degree — of this alternative reality in the town of Westview.

As agent Jimmy Woo, Dr. Darcy Lewis, and others at S.W.O.R.D. try to figure out how to fix things and save the people inside, they’re trying to also identify the people there. And fans on Reddit noticed that Agnes isn’t one of the residents that have been identified.

But even before that, there has been speculation that Agnes, played expertly by Hahn, was Agatha Harkness, as reported by Den of Geek.

Harkness is ancient. Like, old as Atlantis and even then she was 500 years old, ancient. She’s a witch, a sorceress, and lived through the Salem Witch Trials along with so many other things, of course. In the comics, she becomes the governess of Reed Richards and Sue Storm’s child Franklin Richards. And she has a connection with Wanda. While her ethics can get murky, she’s never a direct antagonist in the comics.

So far in ‘WandaVision,’ Agnes has been suspicious but it would go against her comic book background to be a true antagonist

In WandaVision, Agnes shows up as a friend and neighbor to Wanda. She tries to give her fun, girlie tips to woo her man in the beginning and commiserates on the duties of being a housewife. Then by the time Wanda has her kids, Agnes comes over to help with the crying bundles of joy.

However, in the middle of all that “help,” it’s blatantly obvious that something is off about Agnes. Not so much in the beginning, but later on Agnes is talking conspiratorially with Herb while Monica/Geraldine is in the house, helping Wanda with her birth. She’s obviously not so far under Wanda’s influence (if she’s under it at all) that she doesn’t know what’s going on.

Then, in Episode 5, Agnes wants Wanda to “start from the top” of a scene when Vision doesn’t exactly do what he’s supposed to. Again, this makes the viewer suspect that Agnes is aware of what’s going on. This led many to believe she’s evil.

However, in the comics, Agatha Harkness becomes a mentor to Wanda — witch to Scarlet witch — and tries to help her control and harness her powers. When Wanda loses herself to grief (in the comics), Harkness finds no other choice but to erase her memories so that Wanda forgets why she’s so anguished.

One fan on Reddit said that if WandaVision goes the “antagonist route” it would really “bastardize” the character of Agatha Harkness. If that’s who Agnes ends up being.

“Agatha only wiped her memories, wrong or right, because she believed she was sparing Wanda emotional torment. Her intentions were good,” the user argued.

Again, the ethics are murky. But didn’t Professor Xavier do something similar by limiting Jean Grey’s abilities?

There’s a theory that ties in with Dr. Strange

We could go on all day about whether that’s the same scenario or not — it’s not the same but it’s a similar case of autonomy, right? — but regardless, Agatha Harkness isn’t a straight-up “evil-doer” in the comics. So she might not be a Big Bad, or even a small bad guy in WandaVision.

In fact, another theory hinges on Wanda’s eventual appearance in Dr. Strange in the Multiverse of Madness. She’s already in London to work on that film, and so this progression toward a multiverse and Wanda’s involvement in it brings her closer to working with Dr. Strange as well. And a theory suggests that maybe he employed Harkness to help her out.

One user on Reddit put it out there that maybe Wanda’s desire to bring Vision back and create an alternate universe prompted a trigger in Dr. Strange. And when he noticed this, he asked Agatha to go keep an eye on her. And Harkness’s interjections here and there about the dog or ignoring Wanda’s powers are because she’s in on it and just wants to keep Wanda at bay.

Of course, Episode 6 is coming and will surely add more to this puzzle. But Agnes might not be this shady, bad guy that some fans have pinned her as.

RELATED: ‘WandaVision’: Who Is Mephisto? A New Theory Suggests He’s Hiding in Plain Sight at S.W.O.R.D.