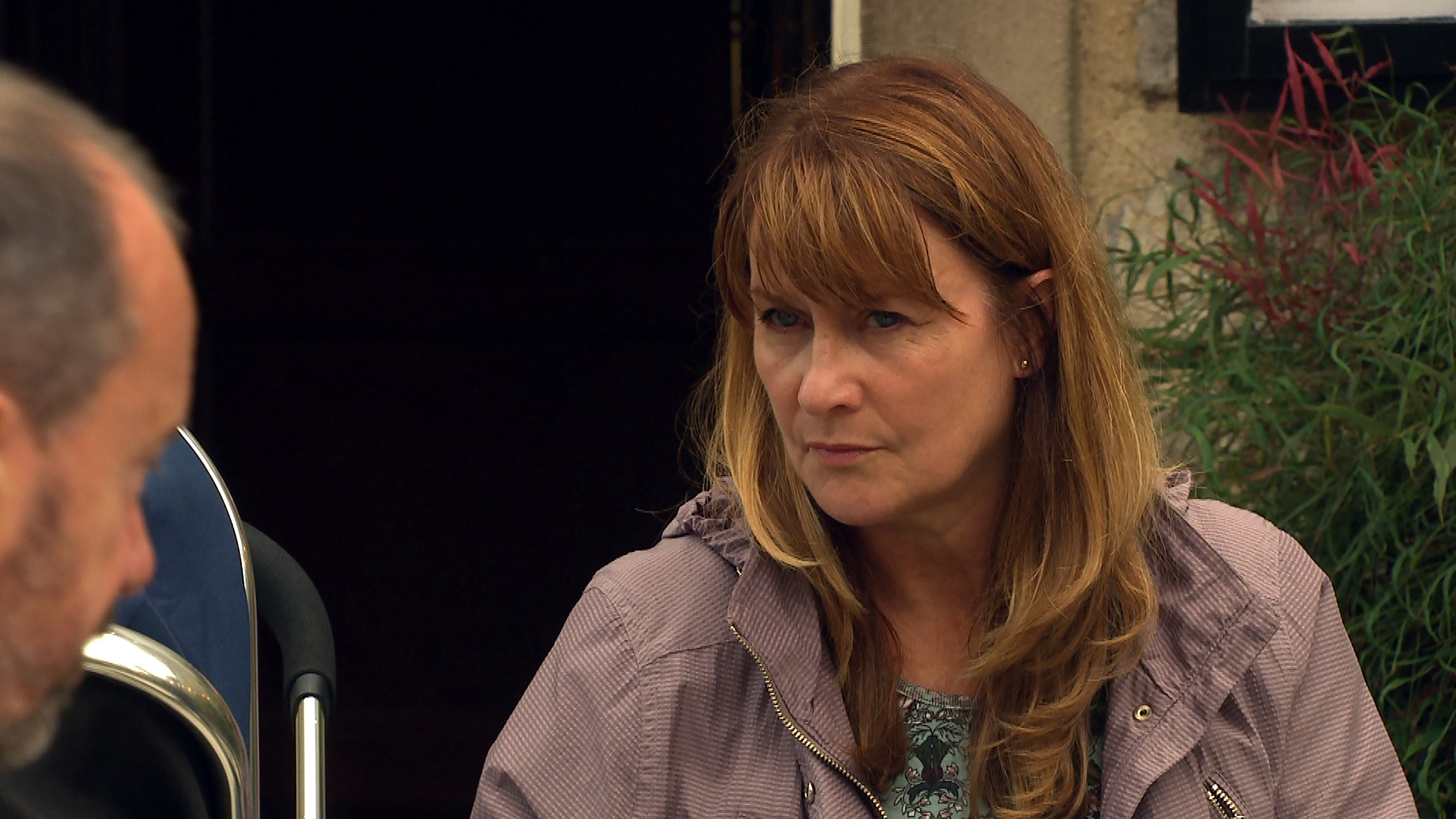 Wendy Posner’s (Susan Cookson) life could be about to fall apart in Emmerdale now that her dubious past has been exposed by her ex Russ.

As Russ demanded money he felt he was owed following the passing of his mum, he held Wendy and Victoria Barton (Isabel Hodgins) hostage with a shotgun.

During this stand-off, the blackmail he had been holding over Wendy came out to play as Wendy was forced to admit that she isn’t actually a qualified nurse; she has been faking it in her profession.

Not only would this lead to her being struck off completely but it could also be a criminal offence so Wendy now has a big decision to make about what to do for the best.

Bob Hope (Tony Audenshaw) comforts Wendy, who blames herself for the siege, in which David Metcalfe (Matthew Wolfenden) was shot.

Bob is left stunned when Wendy starts to reveal the secret Russ was using to blackmail her.

Upset, Wendy tells Bob more about her criminal past and Russ’ plot to defraud Victoria. When Bob suggests taking back some control over the situation, Wendy is left deep in thought and she decides to take action.

But what will she do? And will she come to regret her next move?

It remains to be seen whether the full truth of her deceit comes to light but her time in the profession and indeed in the Dales could be running out.