Inspired by the flavours that he encountered on his trip around Spain for his 2011 TV series, Rick Stein holds a Christmas party in London to thank those who contributed to the production. The Spanish ambassador drops by for good measure. The atmosphere is festive and the menu is inspired by the tastes and colours of the trip: aubergines stuffed with lamb and roasted red peppers; clams with ham and oloroso sherry. Stein uses the party as a springboard for this special, promising to present "a positive cornucopia of recipe ideas for the Christmas break", options that represent a departure from the traditional turkey and plum pudding. In addition to the party scenes, the special offers the opportunity for Stein to select some choice scenes from the trip. 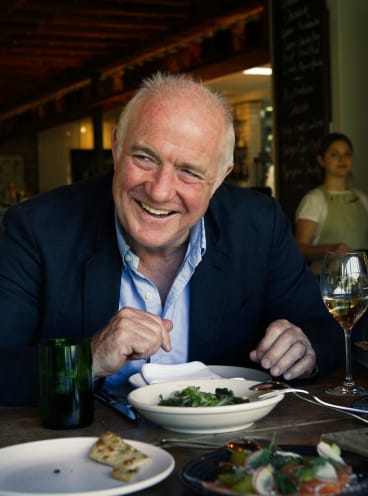 Think of them as highlights, or as a canny reheating of previous dishes, as he reflects on regional specialties, meals shared and recipes created in the mountain villa he used as a test kitchen. The results look delicious. There's a strong emphasis on seafood – langoustines, baccala – as well as lamb, pork and duck roasts, all lubricated by slugs of sherry and cava. It's a clever use of leftovers. Felice navidad.