Why Do Men Earn More Than Women?

The gender pay gap in Britain bears depressing witness to the situation in Australia, with businesswoman and TV host Karren Brady investigating why British men get paid 14 per cent than women (in Oz it's more like 21.3 per cent, huzzah). The optics are slightly askew thanks to Baroness Brady wearing a diamond ring as big as the Ritz on her finger and a Chanel necklace around her neck, but there's no doubting the outrage felt by the former Small Business Ambassador for David Cameron's Tory government as she interviews female supermarket workers embroiled in a legal case after discovering they were being paid half the wage of males doing a very similar job. 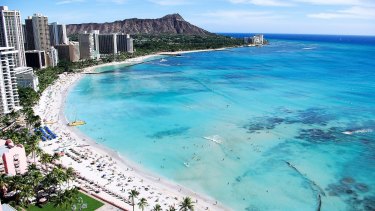 And yes, while it is slightly craw-sticking to see a privileged woman adept at "leaning in" lecture everyday women about asking for a pay rise, an experiment revealing the unconscious bias exhibited towards male employees by female recruiters shows we need more Bradys in this world, not fewer.

The season return of this inexplicably entertaining show (oh, the shame) sees the five sets of "travel guides" (translation: people you would not trust for directions to the nearest bus stop) head to Hawaii for a cliche-packed week-long getaway involving surfing, hula dancing, volcano viewing and matching shirts, all augmented by the growing theory that Kevin and Jeanette are actually paid actors as no one real could actually be that unlikeable.

The new cast addition of Melbourne newlyweds Deepesh and Sage strikes another blow for diversity on Australian screens but like most reality TV, at its core Travel Guides is one big judgment-fest – not of the locations, which are mere window-dressing, but of humanity in all its banal, Spam-eating glory.