Awkwafina is an actress who has become more and more well known in the past few years. The New York-born star recently won a Golden Globe for her work in The Farewell, and becoming the first Asian-American woman to do so. But who is Awkwafina, what has she been nominated for and which films has she been in?

She grew up in Queens, an area of New York, and was raised by her father and grandparents after her mother died when Awkwafina was just four-years-old.

Awkwafina went to LaGuardia High School, and became musically interested before she adopted the stage name Awkwafina at age 16. 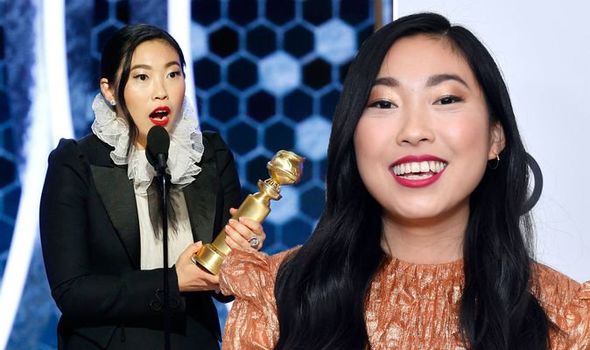 The star first started rapping, beginning at age 13, before one of her songs My Vag (2012) went viral.

She wore glasses to mask her identity, but soon her solo album Yellow Ranger was released in 2014.

In 2018, an EP called In Fina We Trust was released, after she performed with acts such as Margaret Cho, as well as at Tenacious D’s Festival Supreme.

Her acting career kicked off in 2014, when she appeared in the series Girl Code, before she played a supporting role in Neighbours 2: Sorority Rising in 2016. 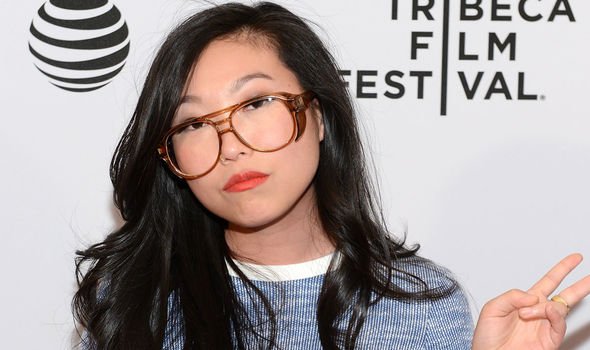 Her first breakout role was in Ocean’s Eight, the all-female version of Ocean’s 11, before she was in the case of Crazy Rich Asians which won her critical acclaim.

Awkwafina also had a role in Hulu series Future Man, but her most lauded role has been her starring role as Billi in Lulu Wang’s The Farewell, for which she won the Golden Globe for Best Actress – musical and comedy.

She also starred alongside The Rock in Jumanji: The Next Level.

Alongside her music and film career, Awkwafina has also taken part in a number of documentaries, including Bad Rap, which looked at Asian-American rappers.

READ MORE: New on Netflix this week: All the new movies available to watch right now 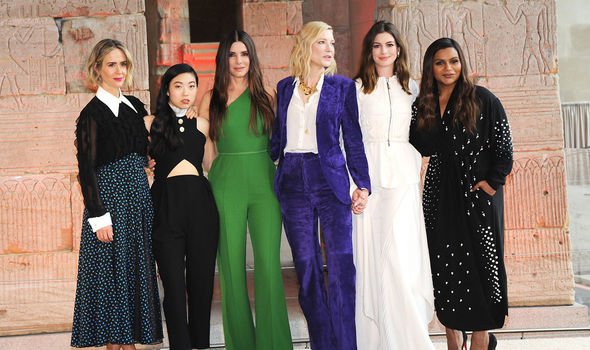 Awkwafina has even branched out into writing, where she released a travel guide to New York City called Awkwafina’s NYC.

She has written as well as executive produced her upcoming series, Awkwafina is Nora from Queens, a comedy series which is expected to focus on a fictionalised version of her life.

The series will also star BD Wong, known for his role as Dr Henry Wu in the Jurassic Park franchise and as Whitehorse in Mr Robot. 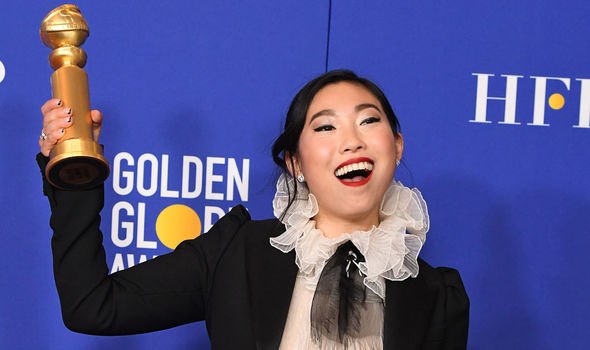 She will also take part in the new series from Glee creator Ryan Murphy, The Prom, as well as have a supporting role in movie Breaking News in Yuba County, which will star Oscar-winners Allison Janney and Regina Hall.

Awkwafina may potentially be in line for further awards, which includes The Oscars, nominations for which will be released on January 13.

If she does receive a nomination for the Academy Award for Best Actress, and win, this will make her the first Asian-American woman to do so.

It will also make her the first Asian American woman to be nominated since 1935 – which is a hugely exciting prospect.

The Oscars take place on February 9