JASON Aldean is one of the most successful American country music singers since he signed with Broken Bow Records in 2005.

Aldean has received four Grammy Award nominations throughout his career, including twice for Best Country Album. 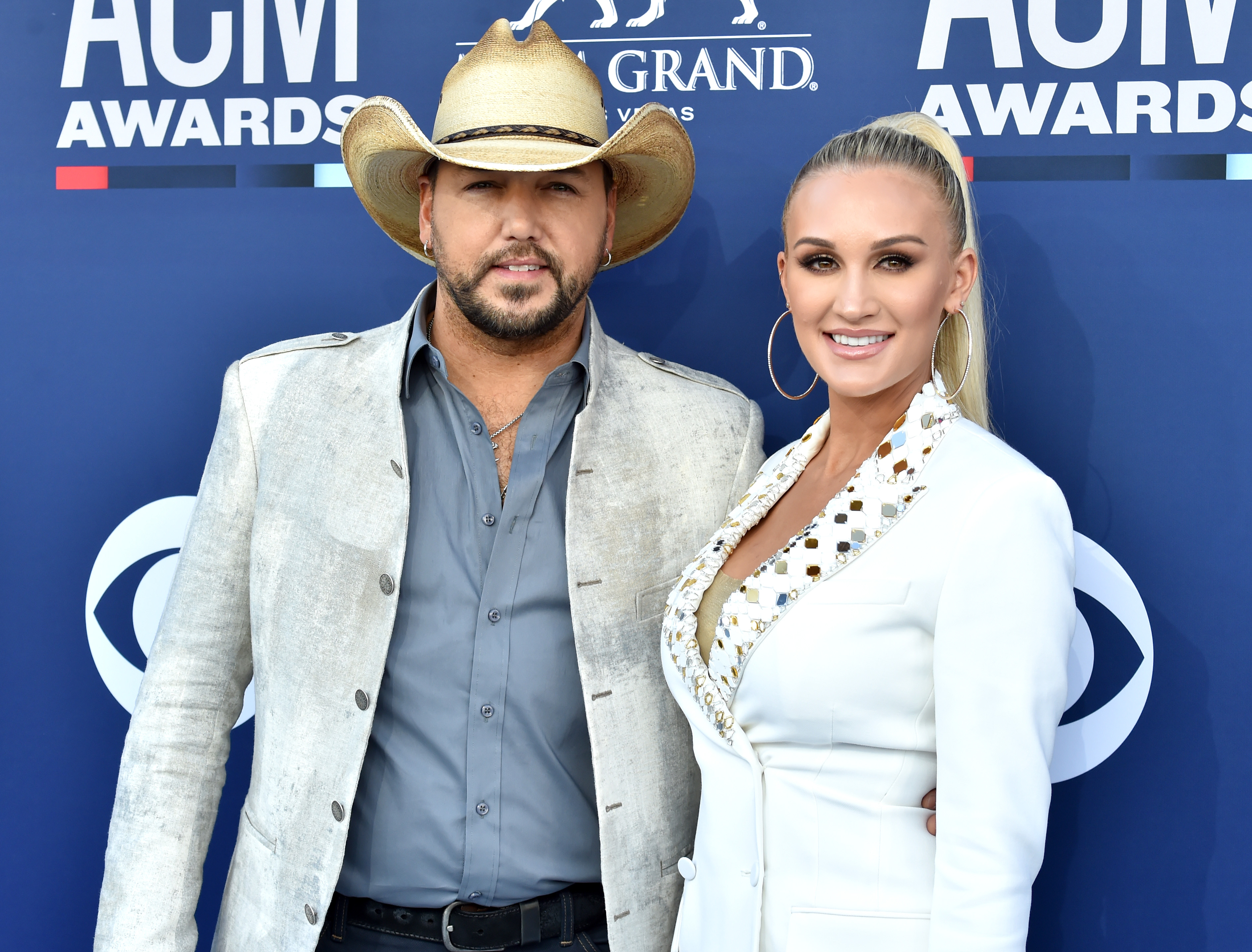 Kerr studied Human Environmental Science in college – but had her sights set on a career in modeling.

In 2010, Kerr entered a model search for Victoria's Secret.

Kerr never became a VS model and instead took up jobs as a cheerleader for the NBA’s Charlotte Bobcats at the time and a makeup artist.

In 2012, the 33-year-old appeared as a contestant on the eleventh season of American Idol, determined to make her way as a singer.

Once again, the young performer didn’t make the cut, and although the judges were impressed by her looks and tenacity, she did not advance in the competition.

In September 2012, Aldean and Kerr were photographed at a bar getting close – while the country singer was still married to his ex-wife Jessica Ann Ussery.

After the controversial romance, Aldean admitted having "acted inappropriately at a bar" with Kerr.

After his divorce, Aldean and Kerr began dating and made their first public appearance as a couple at the 2014 CMT Awards.

In September 2014, the couple announced their engagement and married six months later.

Do they have children together?

Aldean and Kerr announced the birth of their son, Memphis, in December 2017.

In 2019, Kerr opened up to Country Living about becoming a mother for the first time.

"Becoming a mom, in general, has been kind of a shock, just because our lifestyle is so busy.

"[Jason] is on the road a majority of the year, so I'm just used to going along with him and traveling and kind of doing whatever we want," Kerr told the outlet.

"So when we had kids, everything changed. But being a mom is such an amazing thing."

The 33-year-old mother admitted that she had trouble getting pregnant with her first child.

"We had a really hard time getting pregnant and went through about a year and a half of failed attempts," she said. "Finally, I got pregnant with Memphis, which was awesome because Jason always wanted a boy."

"The first boy in the family on both sides is kind of a special thing for everybody," Aldean told People. 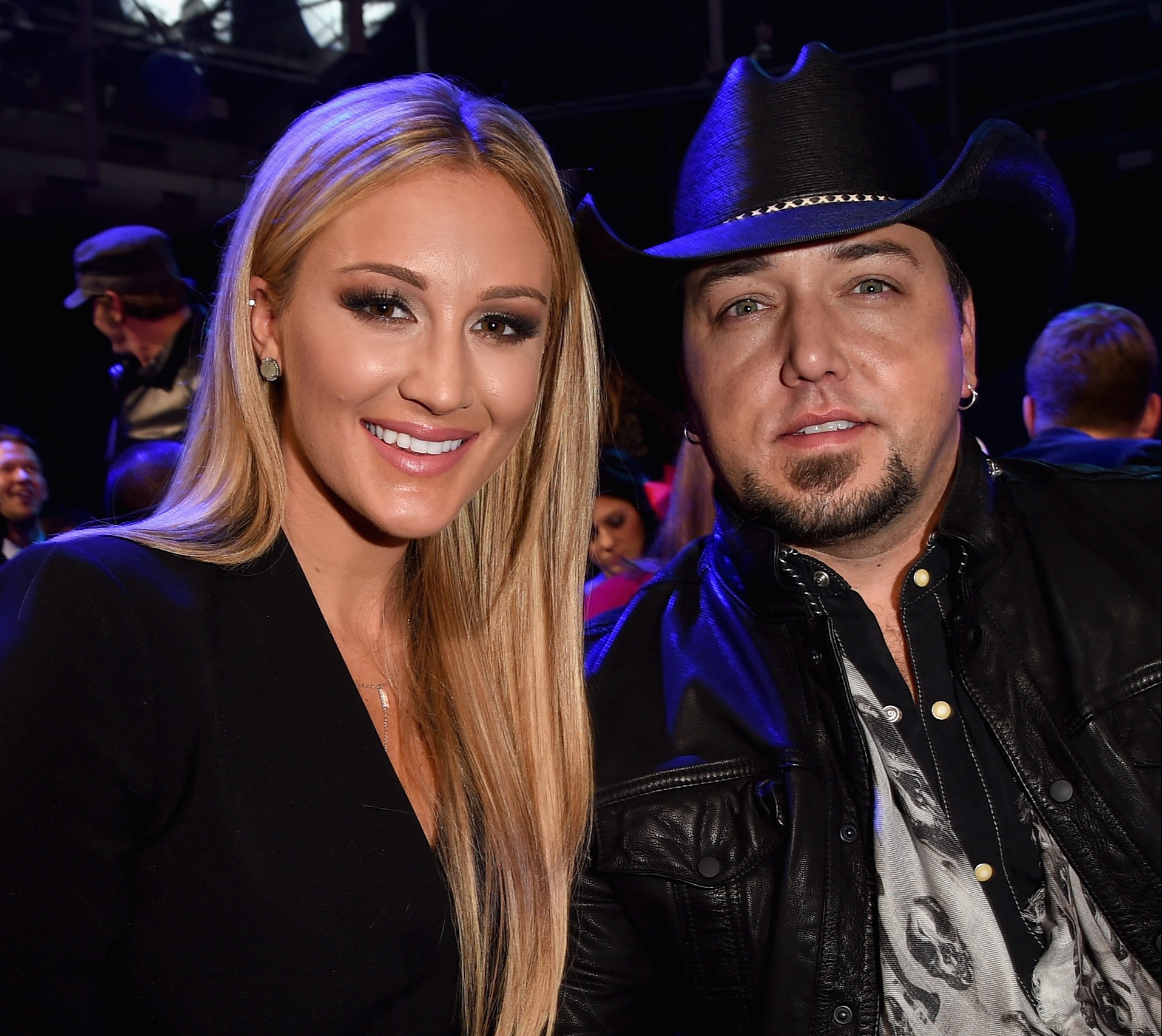 Both sides of our families are full of girls. I have two; my sister's got three, [Brittany's] sister has got two, and so there are no boys at all."

Kerr admitted to "intentionally" get pregnant again when Memphis was just five months old so her children could be close in age.

"I guess that makes them Irish twins," she told Country Living.

Who was Jason Aldean married to before Brittany Kerr?

Before his stunning marriage to Kerr,the "Big Green Tractor" singer was married to Ann Ussery for 12 years.

In April 2013, Aldean and his Ussery separated, and in their joint statement, they asked for privacy and reiterated that they would always co-parent their daughters, Keeley and Kendall.

The high school sweethearts were extremely close before running into relationship controversy.

“We’re best friends,” Aldean told Nashville Music Scene in February 2011. “I don’t even know if you can describe it … I mean, it just doesn’t work without her, you know what I mean?”

Despite her heartbreaking divorce, Ussery remarried in 2015 to Jake Marlin, an electric lineman from Florida.