RICHARD "Lowtax" Kyanka was famously known as the founder of Something Awful.

On November 11, 2021, it was announced that the television producer had passed away at the age of 45. 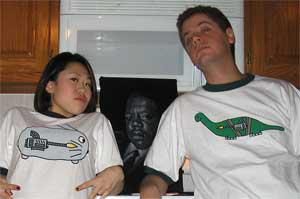 What is Something Awful?

Founded in 1999 by Kyanka, Something Awful is known as a comedy website which consists of multiple media elements including blog entries, forums, feature articles, digitally edited pictures, and humorous media reviews.

It is said to have had a key role in defining much of internet culture and humor before the rise of YouTube and other social media platforms.

The company was later sold by Kyanka in 2020 following domestic violence allegations, which he had since denied.

At the time, Vice reported that he had pleaded guilty to disturbing the peace and was fined $164.50 before the assault charge was dropped.

The company was bought by YOSPOS for an undisclosed amount.

Who was Richard Kyanka's ex-wife?

Prior to his marriage to Ashil Kathleen, Kyanka was married to Megan Austin from 2005 to 2014.

Outside of her former marriage, not much information is available on her personal life or what she did following her divorce.

The couple reportedly had one child together and reside in Canada. 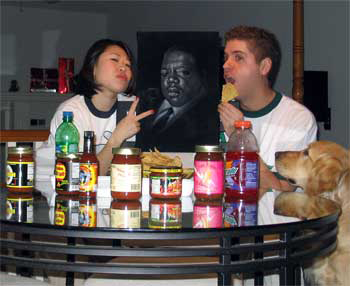 What was Richard Kyanka's cause of death?

Former Something Awful administrator Kevin "Fragmaster" Bowen was the first to announce his death on the internet forum.

"I guess I should preface this by saying this isn't a joke especially since I'm posting for like the first time in 10 years or something, but I got the bad news today directly from Rich's family," he wrote.

Hours later, an anonymous user who goes by the name Lady Ambien, and many believe is Austin, returned to the form and released a statement about his death, claiming it was a result of suicide.

"I considered not sharing this out of respect for Rich's parents and sister, but after thinking on the incredibly vitriolic wall of text Rich's Mother sent to me this morning, saying upon many other things, that his blood is on my hands, I need to share it to regain some sense of control over what's taken place in the past 48 hours," the user wrote.

"Yesterday I received a divorce ruling that would help me and my daughter stay in our home in Canada and allow me to provide a good life for her as well as pay back numerous debts that had accrued during the past two years when I was receiving $350 a month in child support.

"In the divorce ruling the judge found that Rich had willfully spent down the marital fund, confirmed his treatment of me was Domestic Violence and put together a plan to pay for the attorney fees etc. He would still retain custody settled on previously in mediation. He was due to get our daughter for Christmas.

The post continued: "An hour later I was contacted by my attorney who informed me that Rich had shot himself earlier in the morning.

"So. There it is. His other ex and I got to tell our children that their father died without saying goodbye to them, or that he loved them, or to my knowledge, left a note for them.

At this time, it still remains unclear what his true cause of death was.