Donald Fear from Telford defied all the odds and became the first player Who Wants To Be A Millionaire player to take home the jackpot since host Jeremy Clarkson, 60, took over presenting the revived edition of the quiz show. The ITV host was jubilant at seeing the school teacher get his hands on £1 million, but the pair didn’t actually get to speak as much as viewers might think. In fact, it was the one thing the contestant regretted about his time on the show.

BREXIT BULLETIN: Sign up for our special edition newsletter with exclusive insight from this week’s crunch talks

Speaking with Express.co.uk and other press, the man who Jeremy claimed was like a human version of the internet, discussed meeting the host.

Following his crowning moment and whether he got to properly talk with the presenter, Donald explained: “No, he had to dash off to harvest some crop or other [thing] if I remember rightly.

“So I got no real chance to talk to Jeremy socially,” he added, stating in-between takes, they didn’t really converse much.

“It struck me Jeremy doesn’t really go for the small talk during the programme and neither do I. I’ve got no small talk.

“So we didn’t say much. But he seems like an interesting, very nice man, I have to say, despite the reputation.” 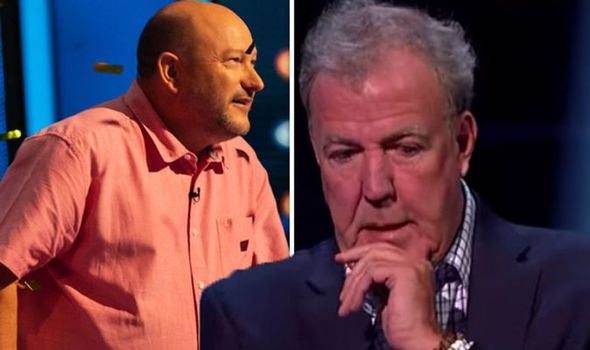 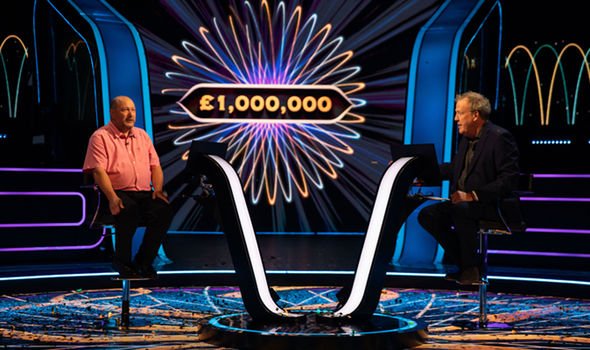 Revealing his regret, Donald said: “But I didn’t really get the chance to speak to him as I would have liked.”

Viewers have been gripped all week to see which quizzing amateur would be walking away with the grand jackpot prize – 14 years after the last win.

There had been several occasions when a few players could have reached the summit, but decided to bow out at the risk of losing the money they had gained.

Contestant Callum on Tuesday’s edition of the popular game show seemed like a strong contender, though he opted to walk away with £250,000 in his back pocket. 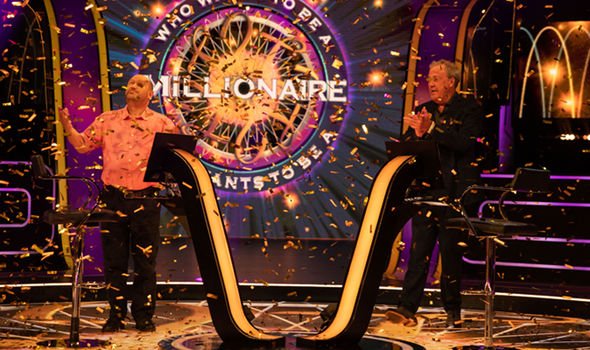 I didn’t really get the chance

Who Wants To Be A Millionaire winner

Since winning the £1 million jackpot, Donald explained he has given up the day job as he plans what to do with his money.

“Oh yes, I resigned. I resigned the day after the show. But the rules are you have to go at the end of a term.

“I never investigated the possibility of not going back. But how unfair to my A level students that would be.

“That would be totally letting them down,” he continued, going on to state the agreement he reached with the school.

“What I have said was I will get through this term and make sure my Year 13 students don’t miss out in any way shape or form.

“I will make sure the Year 12s are launched okay,” he added, with the prize winner looking forward to going travelling around the country.

However, it was explained Donald already has a connection to the show as his brother previously won £500,000 when he sat in the hot seat.

The latter gave 40 percent of his winnings to his family and the latest £1 million champion said they would like to do something very similar.

Donald explained: “That money, just as my brother did, that money will be splurged across the family. I plan on giving at least 70 percent away and leaving just enough so I can have a comfortable retirement.

“If I had a million pounds, I wouldn’t know what to do with it. I could buy an Aston Martin but I could get into it but I wouldn’t be able to get out of it.

“The only sort of thing you could spend that sort of money on is moving house and I’m actually very happy with our house.”

This brings an end to the latest series, so only time will tell is someone else is able to follow in the winner’s footsteps.

With additional reporting by Helen Kelly.

Who Wants To Be A Millionaire is available to stream on the ITVHub.