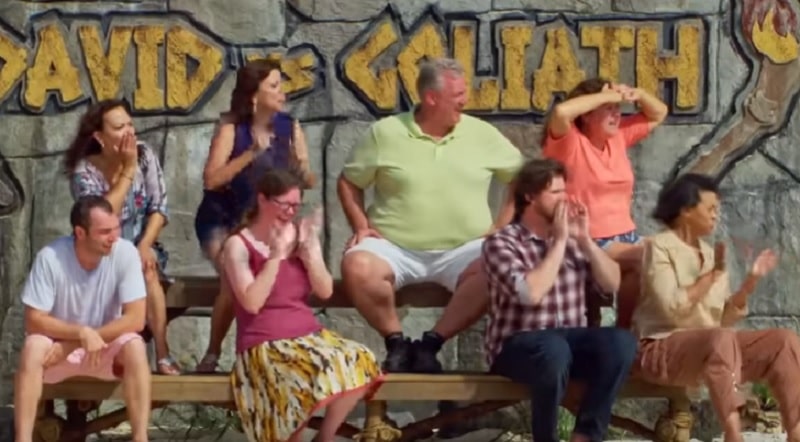 Another castaway was voted off Survivor tonight. It was an emotional night during Survivor 37 Episode 12, with the castaways getting to see their loved ones for the first time all season.

The episode began with Nick still frustrated about what happened during the last episode, where Carl was voted off Survivor. He became the fifth member of the jury, leaving just eight people in the game.

Christian and Nick had both been in an alliance with Carl, but Christian worked with Gabby to get Carl voted out after it seemed like Carl was trying to control things. Nick expressed anger and stated he would likely go after Christian when he got a chance.

The remaining eight castaways were split up into four teams of two people. On the line was getting to spend more time with the loved ones that had come on the show.

While everyone was able to say hello and embrace their loved one before the challenge, not everyone would get to spend the day with them.

Nick and Angelina won the challenge. They got to then pick one more person to join them. They picked Davie and his loved one to join them on a barge for a BBQ. Host Jeff Probst then allowed them to pick one more castaway. They went with Mike.

This meant that Gabby, Christian, Kara, and Alison had to head back to camp with nothing. It was a rough few moments as they had to say goodbye to their loved ones.

Who was voted off Survivor tonight?

At the Immunity Challenge, it was another battle of endurance for the Survivor castaways. Kara won the Individual Immunity, making her safe at Tribal Council. It was then time for people to scramble and figure out who would get voted out next.

A plan, led by Gabby, was put in play to take out Christian. With Nick’s help, they started to rally votes. Davie heard it and went to Christian with that news, wanting to keep Christian in the game as a bigger target than himself.

At the Tribal Council, Christian played his Immunity Idol to remain safe. In the end, it was Gabby who was voted off Survivor tonight. She made a gross miscalculation going after Christian.