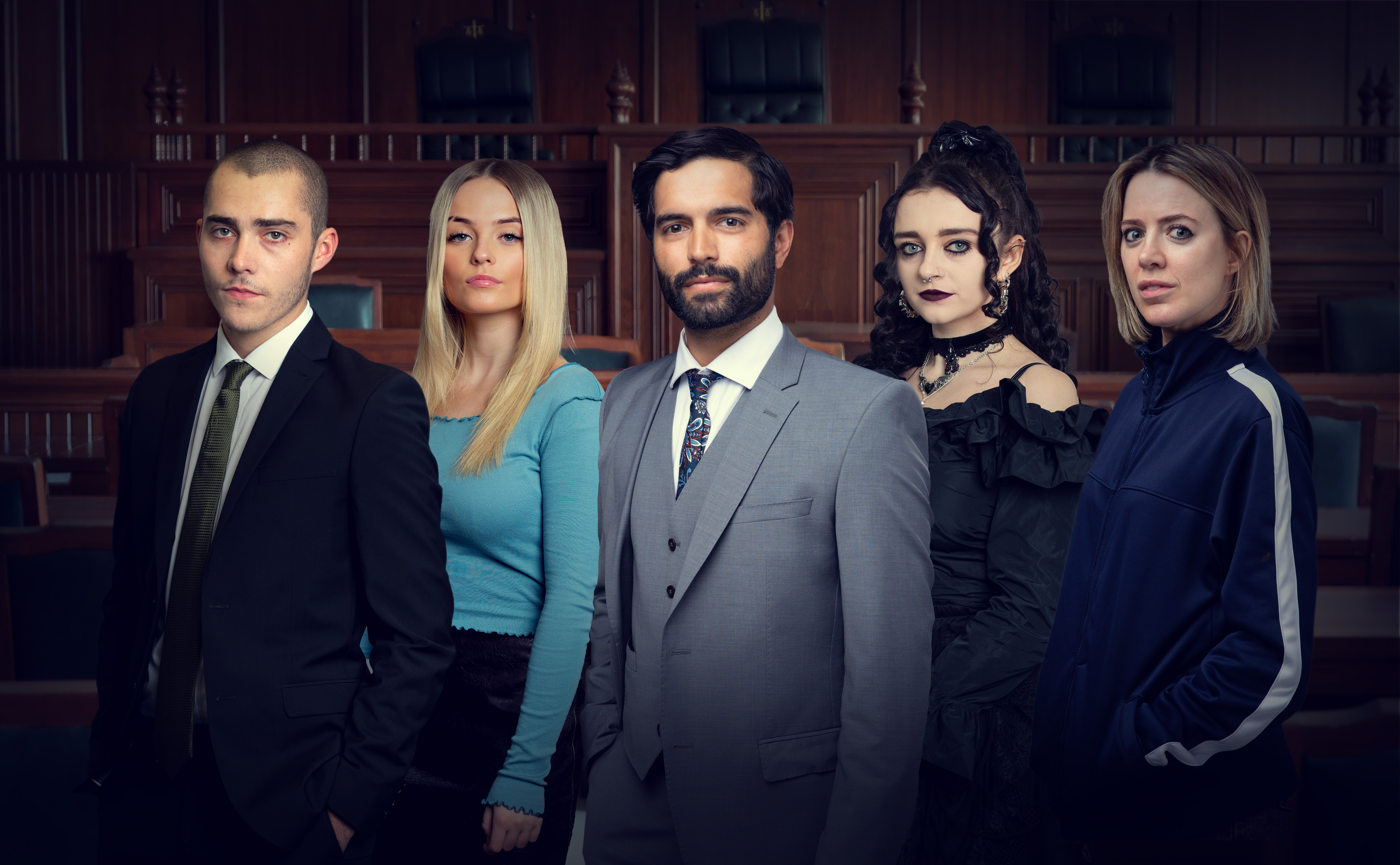 It’s the smirk and the wink that we’ll remember the most. That sly, brazen lowering of the eyelid that a sneering Corey offered up to Abi on tonight’s Coronation Street after he was found not guilty of killing her son Seb.

We know Corey committed the crime, and we suspect his dad Stefan does too, but the jury chose to believe his testimony in court rather than the one given by an anguished Kelly.

It was a verdict that we all should have seen coming.

Miscarriages of justice on Corrie stretch back decades, with Deirdre, Fiz, Gail and Sally all having been sent down at one time or another despite being innocent. It’s a little-known fact that there’s a special cell at the local prison set aside for residents of the Street. And that all their names are carved onto the wall in a roll call of wronged Weatherfield women.

So, why is that these juries are always so easily fooled?

Well, it’s for the same reason that police officers arrest the most blameless person in the neighbourhood at the start of a whodunnit.

Or why soap social workers perennially swoop in and separate mothers from their children on the flimsiest of evidence. Authorities cannot be trusted. Because if they did make wise decisions, there’d be no drama.

Had Corey been convicted and Kelly freed, that would have been the story’s full stop. There’d have been a celebration at the Rovers, the raising of a glass to Seb and then a final scene of poignant reflection for Nina and Abi in that local garden where everyone goes to cry. But by Monday, we’d have moved on to the next crisis, with the storyline swept away in the same way as autumn leaves outside the café would be by the swish of Roy’s broom.

Instead, what we now get to see is how those connected to the trial deal with adversity. In the immediate aftermath of Corey’s exoneration, we’ve already had Kelly make an attempt on her own life, Abi contemplate scoring drugs and Imran heading off in a taxi to cheat on Toyah with his ex-wife Sabeen.

No happy endings here, thank you very much. That’s not the business we’re in.

These are people who must be made to suffer. Sometimes they do so for a wider societal point to be made, perhaps about low conviction rates for certain crimes or, in the case of Corey, to explore whether justice can truly be blind when a defendant’s family has deep pockets.

But, in the main, it comes down to that old soap maxim about characters discovering inner strength when their lives on the skids. On Coronation Street, misfortune breeds backbone, and residents must always find the agency within themselves to vanquish an enemy rather than relying on officialdom to do the job for them. It’s something we see time again, be it Ken staring down developers intent on bulldozing the Street or Bethany turning the tables on her abuser Nathan.

It’s almost a community-minded form of vigilantism. Or, at the very least, a tacit acceptance by everyone who lives on that Street that, at some point, they’ll need to find the wherewithal and mettle to take on a foe. But they can do so knowing eventually, and sometimes only after a long struggle, that good will triumph.

And that’s the key point, really. Evil never wins on Coronation Street – yes, there are usually months of setbacks and unexpected tragedies, but at the end of the day, Richard Hillman still drowned in the canal and Geoff Metcalfe still fell from the roof of a backstreet terrace.

Where Kelly and Abi are concerned, all currently seems bleak. But, believe me, once they find the impetus and energy to dust themselves down, that wink and smirk will be wiped from Corey’s face.