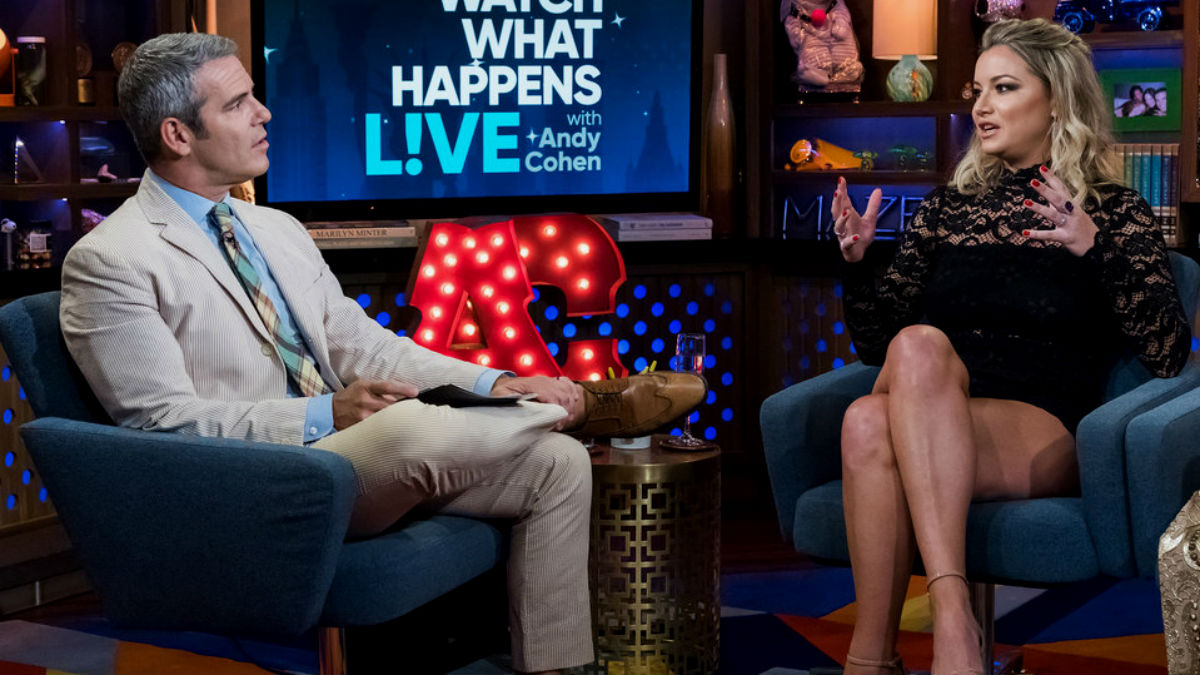 The one question fans needed to be answered about the Below Deck Mediterranean Season 5 reunion show is if Hannah Ferrier will be there? It is a question that has been weighing on fans’ minds since it was revealed The Wellington crew was getting together for a chat.

Last week it was announced by Andy Cohen, who is hosting the Below Deck Med reunion, the show has been taped already. Now thanks to some fan questions, Andy has shed some light on the virtual gathering, including a cast detail and his thoughts on the show.

Does Hannah attend the Season 5 reunion?

There has been speculation about whether or not Hannah would attend the reunion for a couple of reasons.

One is how Hannah’s firing went down on the show and how Bravo handled the narrative around mental health. Another is because Hannah has expressed she is over the drama surrounding the reality TV show.

Hannah is preparing to give birth to her first child next month, so her focus is no longer on Below Deck Mediterranean. She is moving forward with the new chapter in her life that is centered around family.

A fan sent a tweet to Andy, asking if Hannah was at the reunion show. The host tweeted back, “yes.” 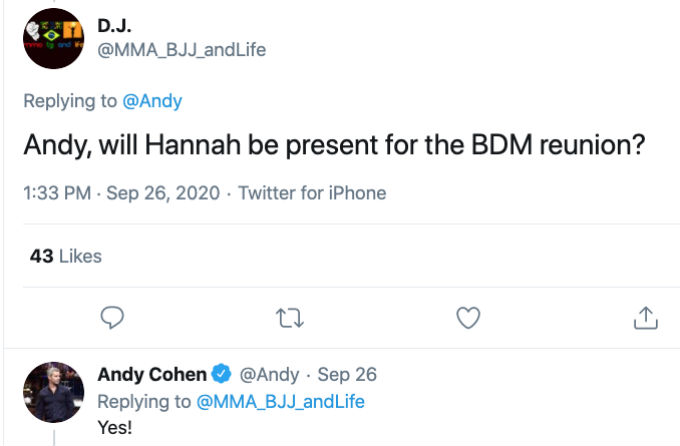 The answer is music to fans’ ears. A reunion show without Hannah, after such a dramatic season, would be a letdown for fans. Thankfully it seems fans are going to get another drama-filled reunion that will hopefully answer a few questions.

What can fans expect from the reunion?

Last week during their appearance on Watch What Happens Live, Jessica More, Alex Radcliffe, and Andy shared their thoughts on the reunion.

While the host thought it was good, Alex and Jess called it explosive. Now that it has been confirmed Hannah is in attendance, fans can understand why it is so drama-filled. There is no love lost between Captain Sandy Yawn, Malia White, and Hannah after the current season of Below Deck Med.

Hannah isn’t just furious with those two ladies because of her firing but also because of chef Kiko Loran. No word on if Kiko joins the chat or not but fans certainly hope to see him there.

As of now, Alex, Jess, and Hannah have been confirmed for the Season 5 reunion show. It is a safe bet that Captain Sandy, Malia, Bugsy Drake, Robert Westergaard, and Aesha Scott also attend.

Below Deck Mediterranean airs Mondays at 9/8c on Bravo.