Will Smith is famous for his spectacular box office successes. But in a new memoir, the A-list movie star admitted that he engineered what amounts to a gigantic box office failure for his son, Jaden Smith. Here’s what he said about After Earth and the impact it had on his relationship with Jaden. 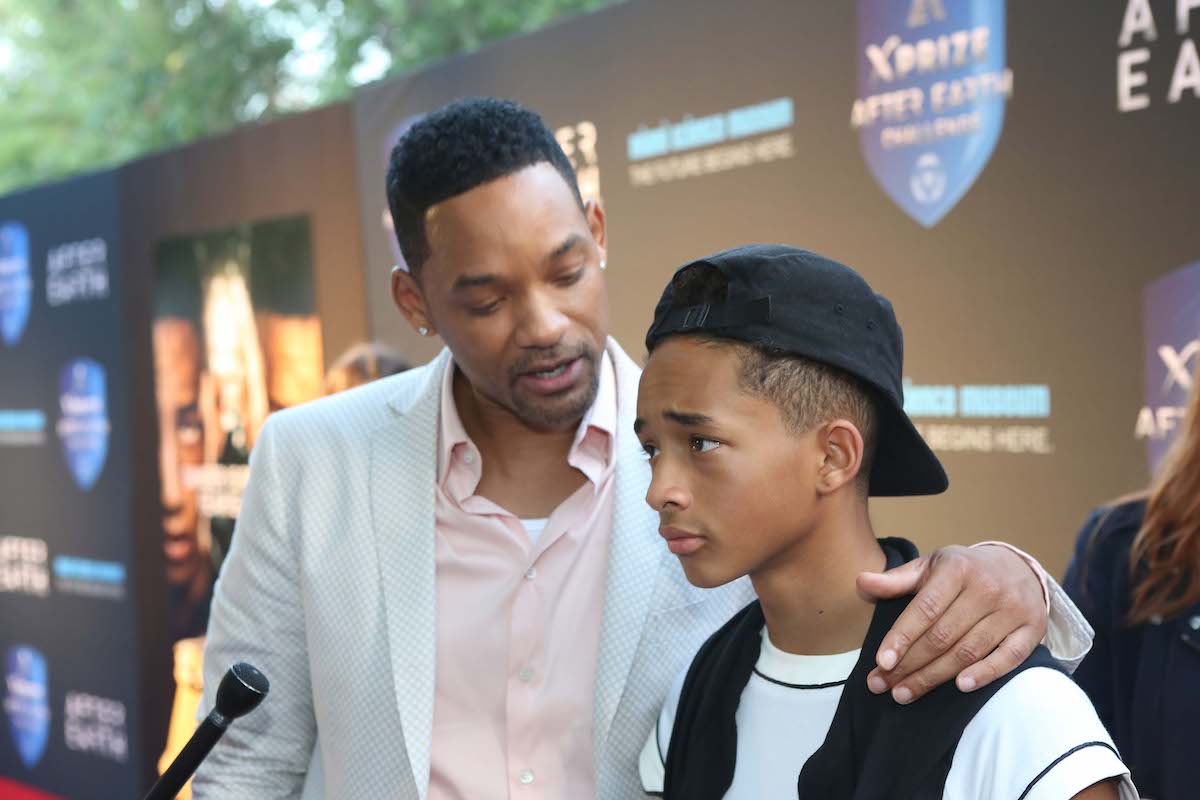 From a young age, it was clear that Jaden Smith inherited a talent for acting from his parents, Jada Pinkett Smith and Will Smith.

In 2006, at just eight years old, he acted alongside his father in The Pursuit of Happyness. Per Wikipedia, it was Will Smith’s sixth consecutive #1 opening at the box office upon its December 2006 release.

Moreover, Jaden starred in a remake of Karate Kid (2010), shooting the movie when he was just 11 years old. Additionally, the young actor earned $1 million upfront with an additional $2 million in bonuses, according to The Hollywood Reporter.

With all that success out the gate, it’s understandable that a subsequent box office failure might be jarring for a fifteen-year-old.

In a passage from his new memoir Will, due for release November 9, 2021, The I Am Legend star recalled what happened when he coached Jaden to a frustrating failure.

M. Night Shyamalan’s After Earth famously flopped at the box office, making just $27 million in its opening weekend against a massive $130 million budget. In the midst of that, fifteen-year-old Jaden Smith was devastated, according to Will Smith. The two starred alongside one another as Kitai and Cypher Raige.

“After Earth was an abysmal box office and critical failure,” the Men in Black actor says in an excerpt published by People.

An experienced actor like Will Smith, who admits movies like Wild Wild West weren’t his best moments, can likely handle a box office stumble in stride. But he said it was tough to see Jaden take the brunt of the fallout.

“And what was worse was that Jaden took the hit,” Smith writes. “Fans and the press were absolutely vicious; they said and printed things about Jaden that I refuse to repeat. Jaden had faithfully done everything that I’d instructed him to do, and I had coached him into the worst public mauling he’d ever experienced.”

As a result of ‘After Earth’s’ failure, Jaden Smith felt ‘Betrayed’ by Will Smith

In a surprising revelation, Smith reveals that Jaden was so stung by the movie’s lackluster performance that he asked for legal emancipation that would have given him the autonomy to negotiate his own contracts and terms for future productions.

“We never discussed it, but I know he felt betrayed,” Smith continued. “He felt misled, and he lost his trust in my leadership. At fifteen years old, when Jaden asked about being an emancipated minor, my heart shattered. He ultimately decided against it, but it sucks to feel like you’ve hurt your kids.”

However, Jaden rebounded. He opted against emancipation. Furthermore, he starred alongside Cara Delevigne in the 2020 romantic drama Life in a Year.

For his part, Will Smith starred in Disney’s live-action remake of Aladdin in 2019 and reprised his Bad Boys role opposite Martin Lawrence in 2020’s Bad Boys For Life.