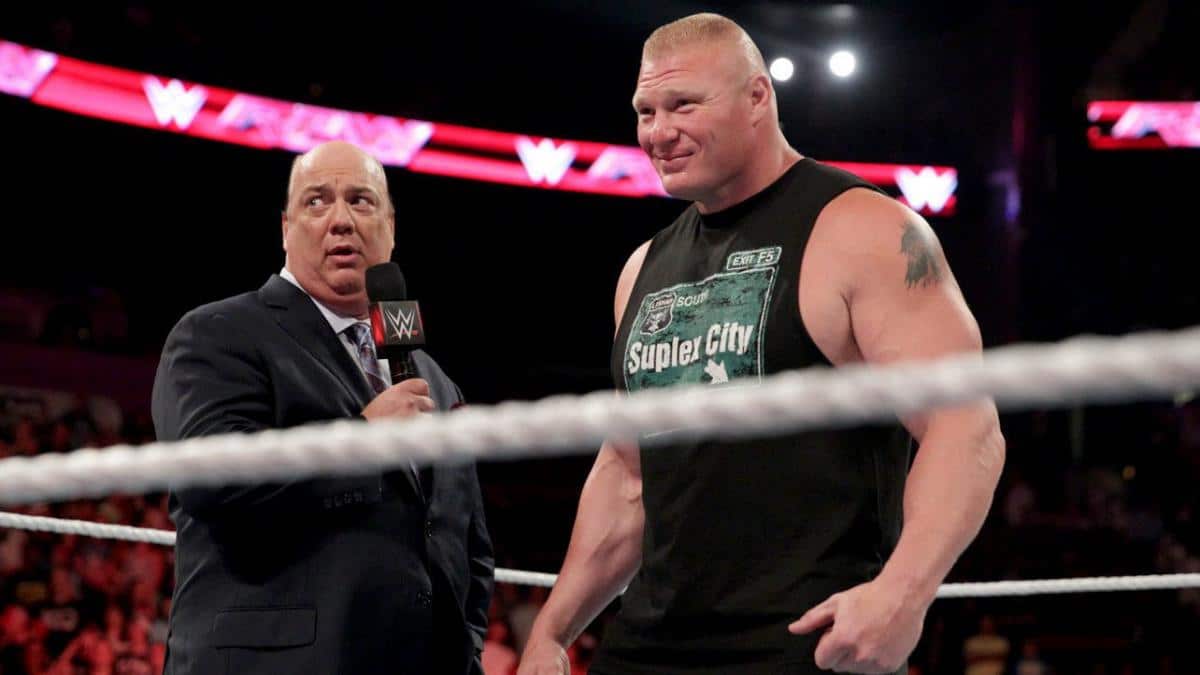 WWE fans have been complaining about Brock Lesnar‘s part-time schedule for the last few years.

It isn’t because he works part-time, as he is not the only WWE superstar to just work occasional matches. It is the fact that Lesnar holds the biggest title on Monday Night Raw and is never around.

It turns out that WWE fans are not the only people who hate the Brock Lesnar part-time schedule.

Seth Rollins spoke to Rock 105.3 radio station about his WWE schedule and the schedule that Brock Lesnar works.

According to Rollins, it is an “insult” for Brock Lesnar to be the champion and face of Monday Night Raw and not attend WWE live event shows.

This interview came the same day that Rollins came out to open WWE Monday Night Raw and cut a promo that was reminiscent of old-school WCW Monday Nitro considering the behind-the-scenes talk.

Rollins cut a promo that had him say what fans of the WWE have been saying about Monday Night Raw for the last few months.

He ripped into Baron Corbin for how he has been running Raw while turning fans away at the same time. Rollins also blasted numerous booking decisions — the burial of the Revival to Lucha House Party and the pee jokes in the AOP title reign.

It was the WWE writing a promo for Seth Rollins to deliver that pretty much buried how they have been writing the shows. It was very WCW in feel.

Now, Rollins is blasting Brock Lesnar, which might foreshadow the rumors that he will be heading to WrestleMania 35 to take back the Universal Championship from the Beast.

“I’m out on the live events trying to bring people in to see these shows, it’s slightly insulting to me that he’s our champion and he’s the face of our show, and he’s not at our live events,” Rollins said. “So people who watch the television shows, now they’re not getting the same thing when they come to the live events. So it makes it hard for us, as a team, to sell tickets.”

With real-life coming into the storylines and fan’s discontent becoming part of the stories, one wonders if this means that the WWE is finally listening to their fan’s discontent — and more importantly, will they do something to fix it?