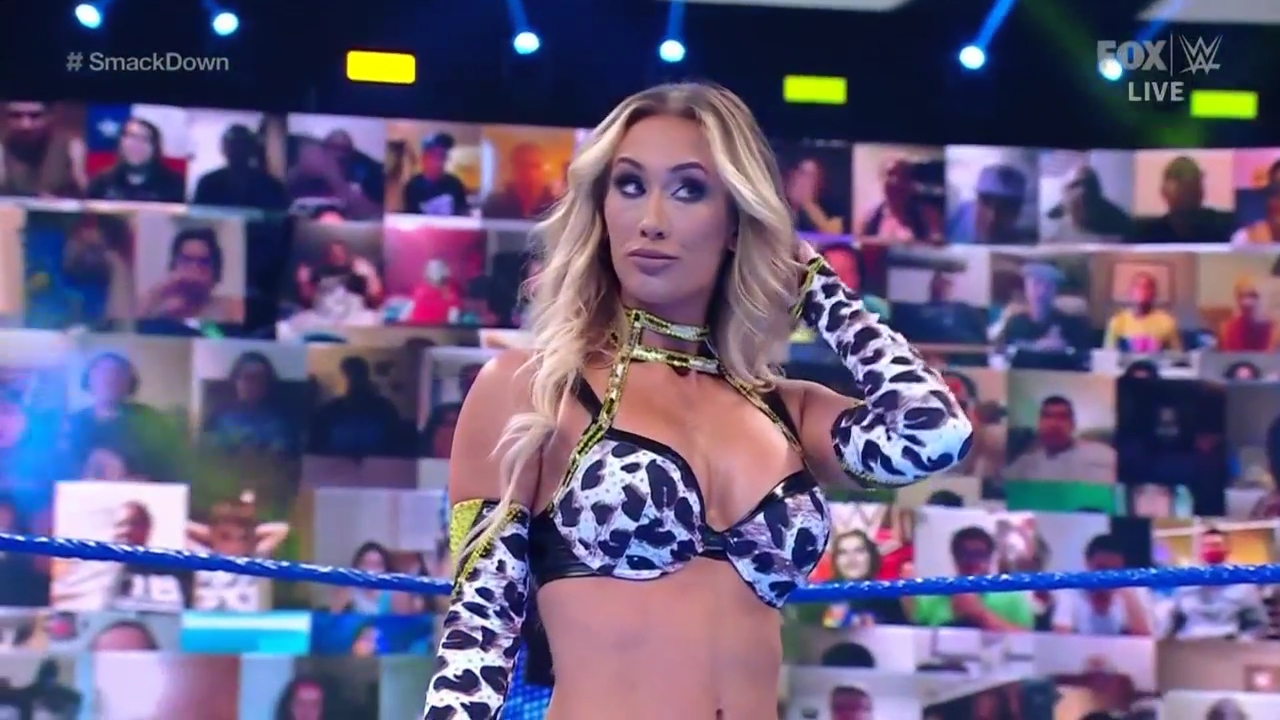 WWE superstar Carmella proved she’s a total pro over the weekend with how she handled an awkwardly timed wardrobe malfunction.

The former SmackDown Women’s Champion, who battled Bianca Belair for the gold on Friday’s show at Rolling Loud festival, was facing the EST of WWE in a rematch during a live event in Louisville, Kentucky on Sunday night.

Towards the end, the 33-year-old star kicked out of a pin and her top snapped open, but the match continued.

Carmella managed to hold onto her top while carrying on the bout, keeping the action going until Belair pinned her with a roll-up.

She clearly saw the funny side, as she tweeted a bikini emoji and added: ‘Y’all wish.’

The former Princess of Staten Island is on a roll and has become one of the more experienced stars on the roster since signing a developmental deal with WWE in 2013.

While her current on-screen nickname is the ‘Most Beautiful Woman in WWE’, she has suggested she would get more plaudits for her in-ring skills if she wasn’t ‘this hot’.

She tweeted: ‘Isn’t it crazy that if I wasn’t this hot I would get a lot more credit?’

In 2016, Carmella moved up to SmackDown after three years in NXT, and while she’s been on the blue brand ever since she’s more than up for a switch to Raw in the future.

She recently told Sportskeeda: ‘Sometimes I feel like I’ve kind of done everything I could do on SmackDown, that’s why I get excited when new girls get called up.

‘As it’s an opportunity for fresh matchups and fresh stories, because, I don’t ever want to get to a point where we’re like we’ve seen this a million times, I don’t want to this anymore.

‘So, if it happens, if this is the year, then cool. If not, then maybe I’ll just bleed blue forever, I have no idea. No matter what, SmackDown will have such a place in my heart because this is Carmella, Carmella is SmackDown.’