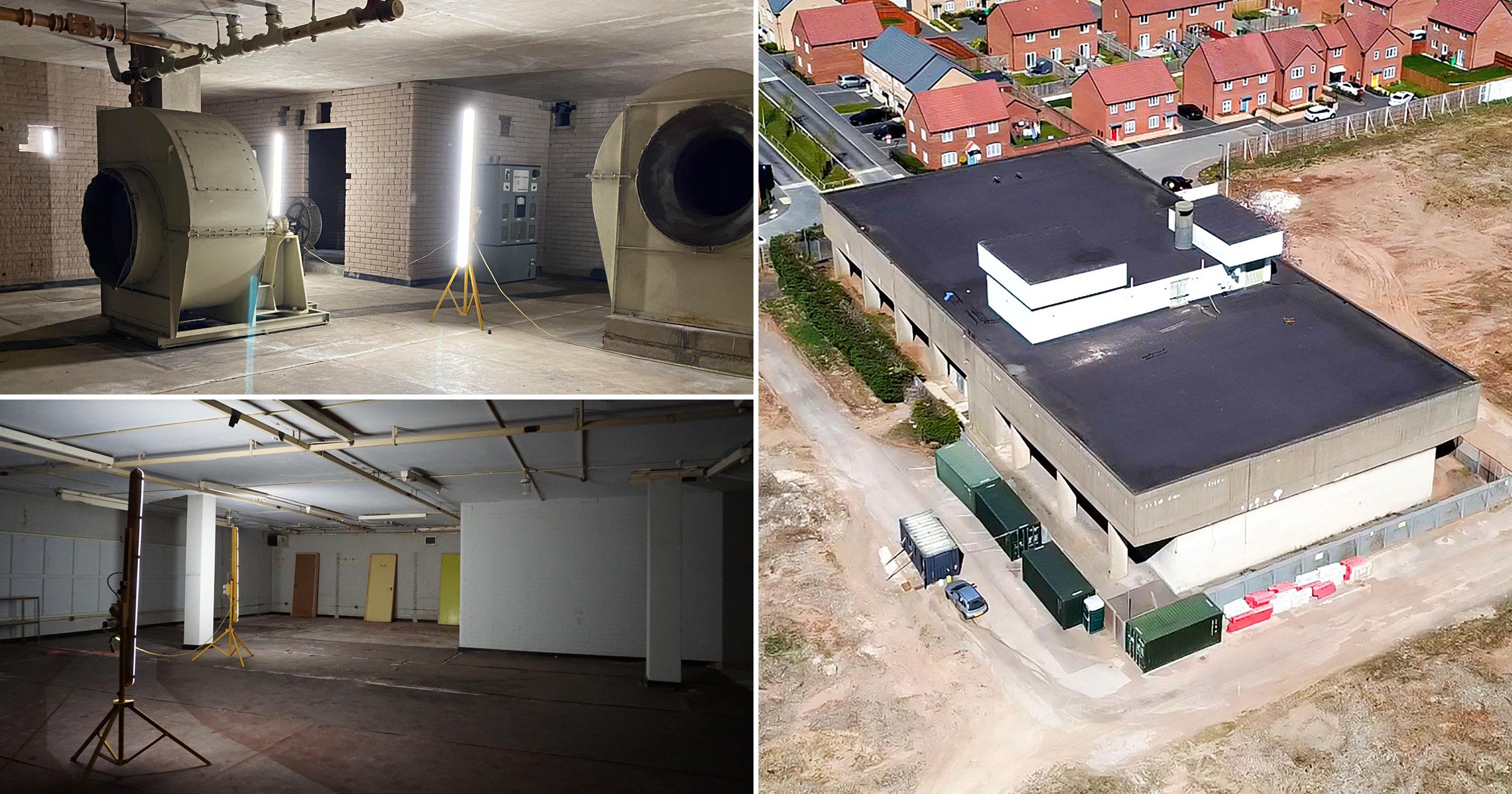 A nuclear bunker in Nottingham built to withstand a Cold War strike has been put on the market by the local Government.

Dubbed ‘The Kremlin’ by locals, the imposing 1950s War Rooms is for sale for the first time after languishing in the middle of a housing estate.

Decommissioned in 1992, the giant Grade II-listed concrete fortress is now being offered to potential buyers, and open to bids from ‘super villains’.

It was originally designed to be a safe haven for Government officials to flee to and govern from in the event of a nuclear strike against Britain.

The property has five storeys, is self-contained and includes five acres of developable land, which makes the site a great place for housing, a high-tech farm, or, you know, super villain stuff.

The shelter is radiation-proof, having been built to survive all but a direct hit from a Russian nuke.

A Homes England spokesman said: ‘As part of our role selling surplus publicly owned land, we see all kinds of public buildings come onto our books, but this one is certainly more eyebrow raising than most.

‘With no guide price, almost 5,000 square metres of floorspace and two hectares of developable land, this is a rare opportunity to acquire what is thankfully now part of Nottingham’s history.

The bunker has stood empty for more than 30 years, and English Heritage said it was only one of a few of bunkers to survive with many of its fittings intact.

It’s home to the emergency broadcast studio rooms and has a listed vacuum message system – one of only two 1960s Lamson Air tube systems left in the UK today.

Construction on the bunker started in 1953, after Nottingham became the centre for District 3, North Midlands – a vital command centre for the wartime operations that had been reinstated at the start of the Cold War in 1948, becoming a Regional Seat of Government in the 60s.

If a nuclear strike were to be carried out, the plan was for each region to be administered by a Regional Commissioner, who would govern the surviving population from their concrete fortress.

The bunker will very likely be changed when it is sold and could be developed into a TV studio, a sustainable indoor farm, or research facility – according to chartered surveyors Thomas Lister.

A spokesperson said: ‘The soft market testing that we have carried out has demonstrated that the extensive accommodation could provide for a number of commercial uses including space for TV, music and film, for which there is a reported shortfall in space in the UK and growing demand for facilities outside of London. Initial interest has already been shown by creative industries and education and research facilities which, in collaboration with employers, could also be potential occupiers within this flexible and secure space.

‘Vertical farming is also increasing in demand and popularity and could also work within a space like the War Rooms, given the ability to facilitate a controlled environment from a lighting and climate perspective.

‘Ideas incorporating renewable energy creation for net-zero carbon development are also sectors with a potential interest in the asset, as are immersive leisure uses such as escape room or virtual reality experiences.’