LORRIES have been caught up in 10-mile monster queues as their drivers try to get essential goods into the UK before the Brexit deadline.

With talks on a UK-EU trade deal deadlocked and the clock ticking down to the UK completely leaving the EU on January 1, companies are stockpiling goods. 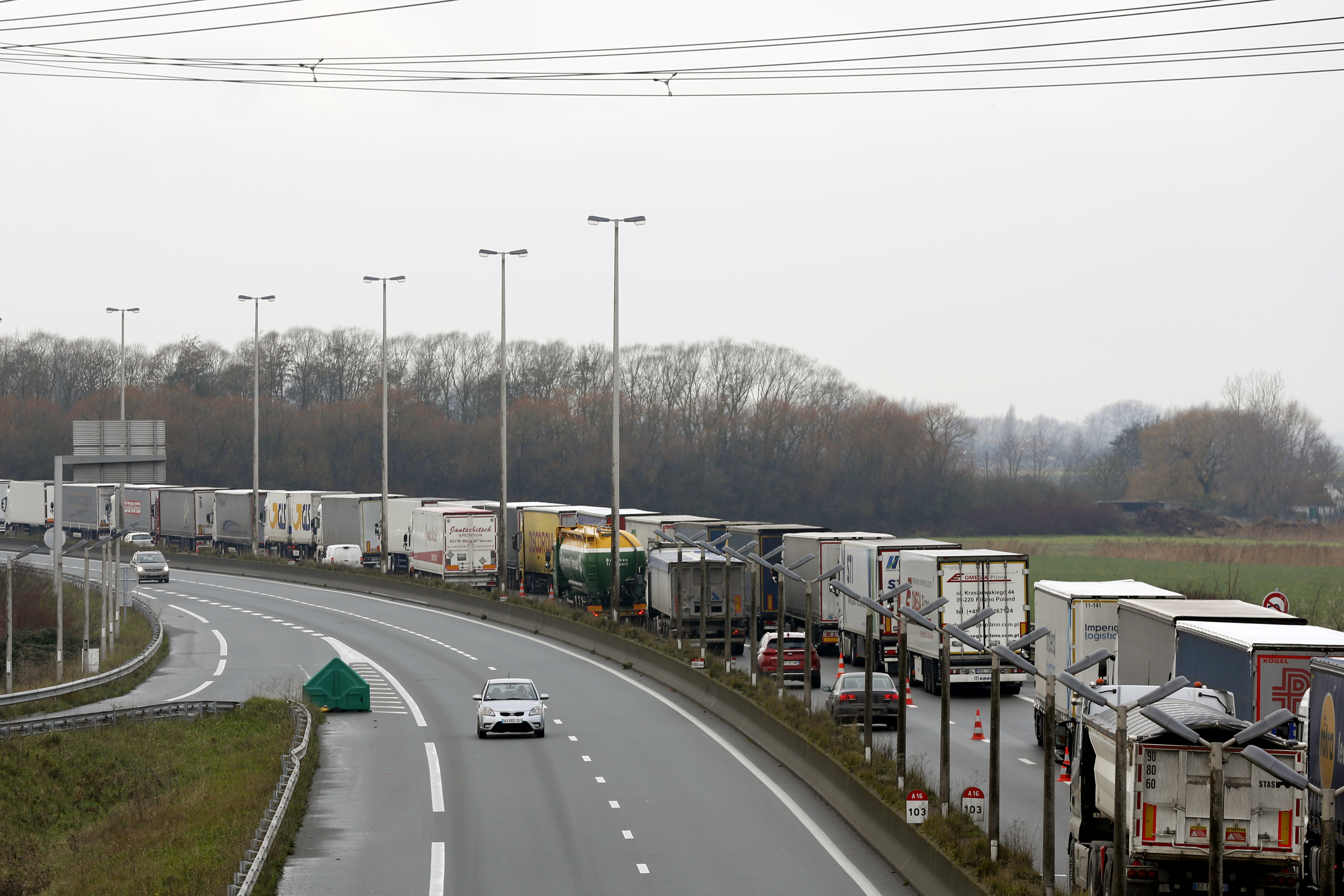 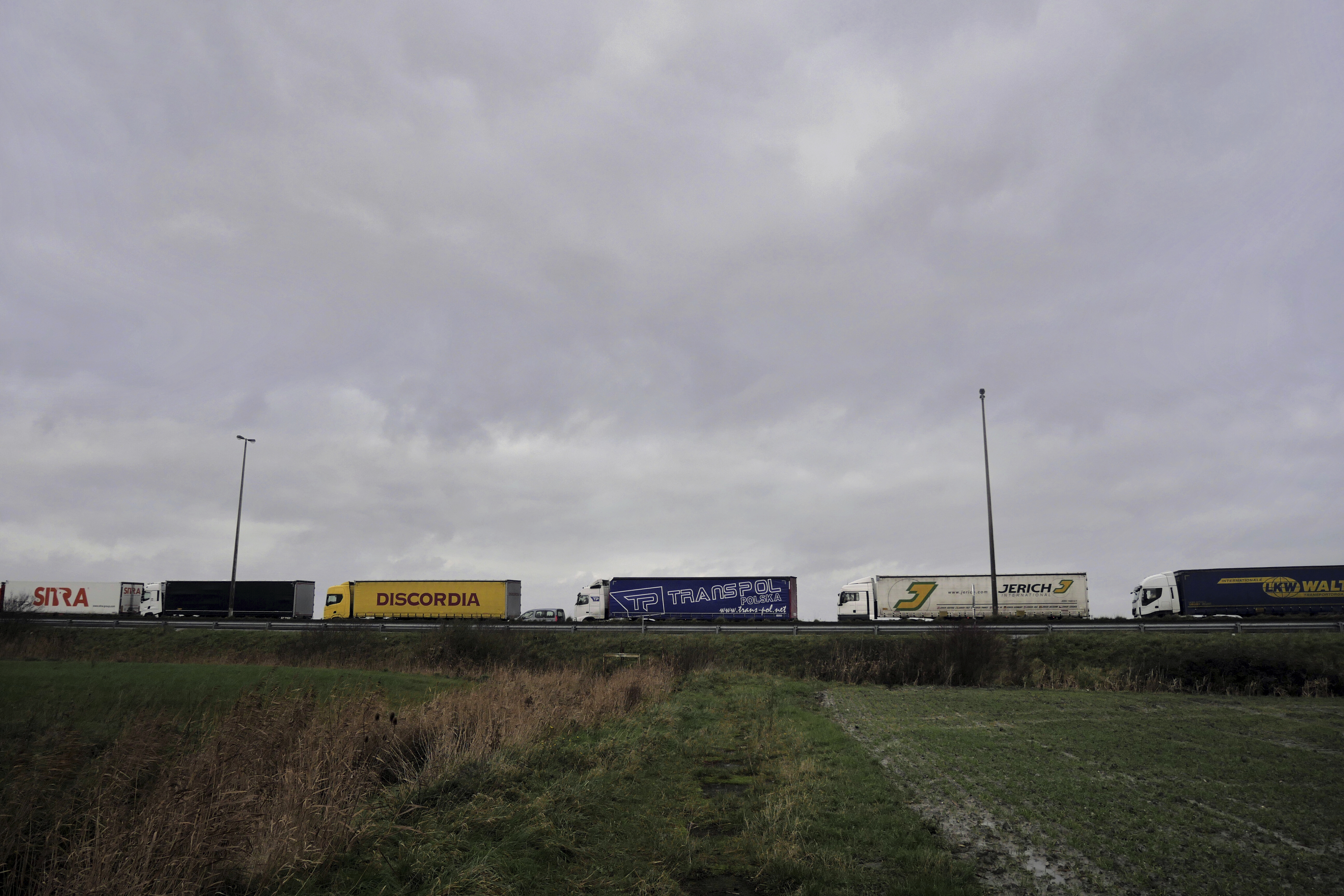 If there is a No Deal Brexit, companies face the prospect of tariffs being slapped on goods and customs checks leading to long delays.

According to sources close to the president of the Hauts-de-France region, home to Calais, there have been 50 per cent more lorries on the roads there in the past three weeks.

“November and December are always busy months, but extreme stockpiling because businesses are trying to get goods into the UK before 1 January is the main cause,” the source told the Guardian.

French police are delaying hundreds of trucks at the roadside to cope with the soaring traffic flow.

Sebastien Rivera, a top regional official for the National Road Transport Federation, an industry group that represents some 350 companies that send their goods to the UK blasted the situation as "catastrophic".

The long queues as Calais come amid fears gifts could be delayed until Easter as PS5s, AirPods and other gadgets are stuck in logjams at ports caused by importers trying to beat the Brexit deadline.

According to Apple, its latest AirPods are available to ship from next Tuesday however the earliest delivery date to the UK is now between May 16 and March 30 – just two days before Good Friday.

Amazon, Argos and Currys PC World have all sold out of PS5 consoles with the delivery of kitchen utensils such as coffee machines delayed until January.

Meanwhile there have also been long queues of lorries leaving the country at Dover and the Channel Tunnel. 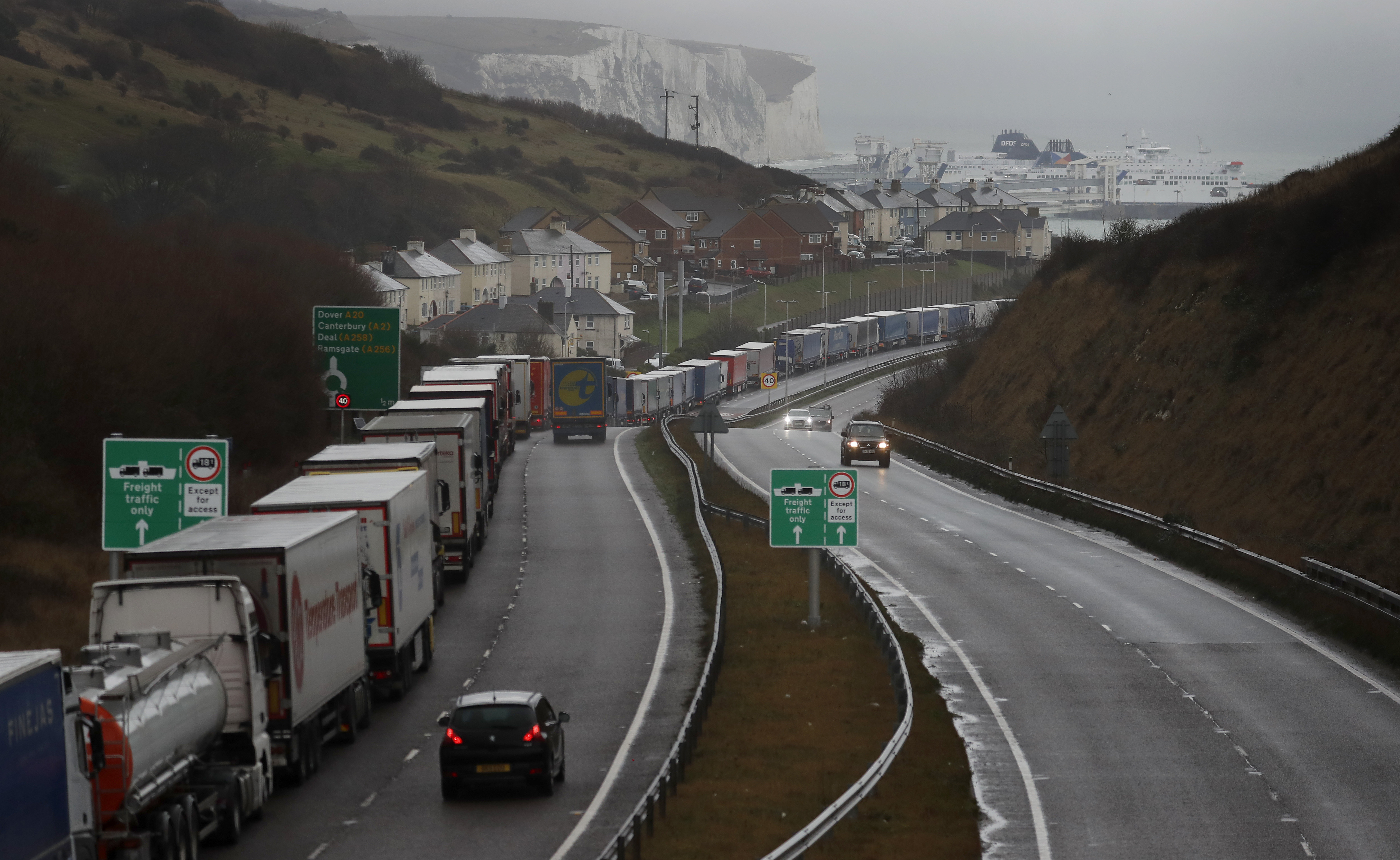 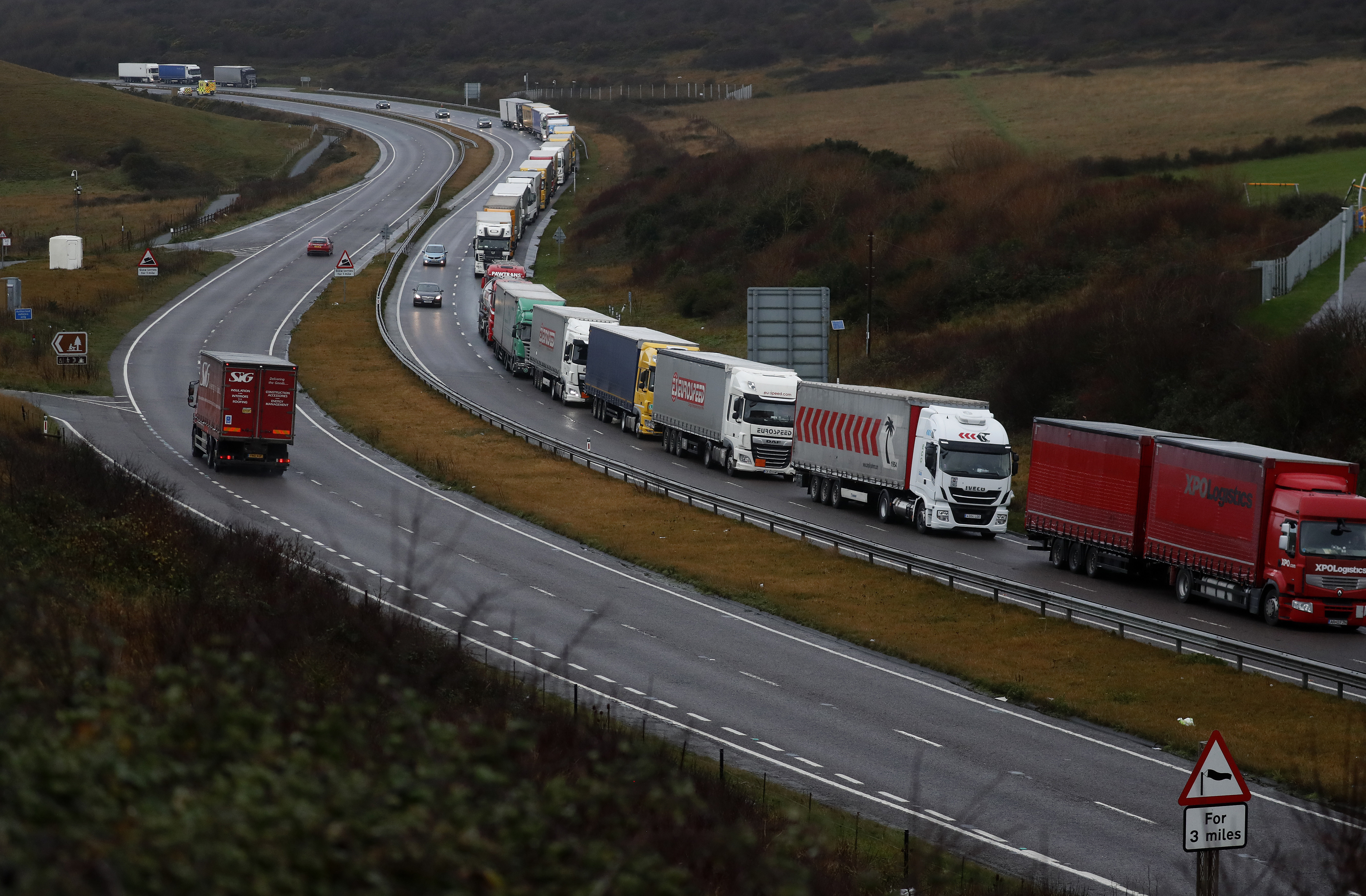 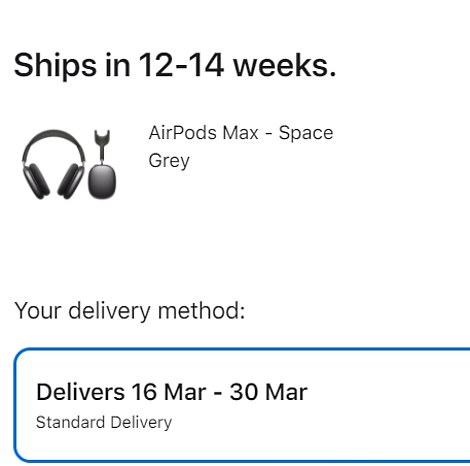 Emergency measures have been introduced on roads across Kent for the third day in a row in a bid to manage the estimated 12,000 trucks on the roads per day.

Freight lorries between the UK and Europe are facing delays at the Eurotunnel and Port of Dover.

It comes as trade talks between Britain and the EU are on the brink of finally collapsing after Boris Johnson warned the nation to get ready for no deal.

In a last-ditch effort to rescue a deal that would ensure goods travelling between the UK and EU aren't slapped with tariffs and subjects to customs checks, the PM and EU chief Ursula von der Leyen set a deadline for Sunday to decide if talks will continue.

Felixstowe port has been clogged for weeks and delays have now spread to Southampton. It has been made worse by high seasonal demand and large shipments of PPE.

Ships have been diverted to Rotterdam in the Netherlands and their cargo is likely to miss the Christmas season. 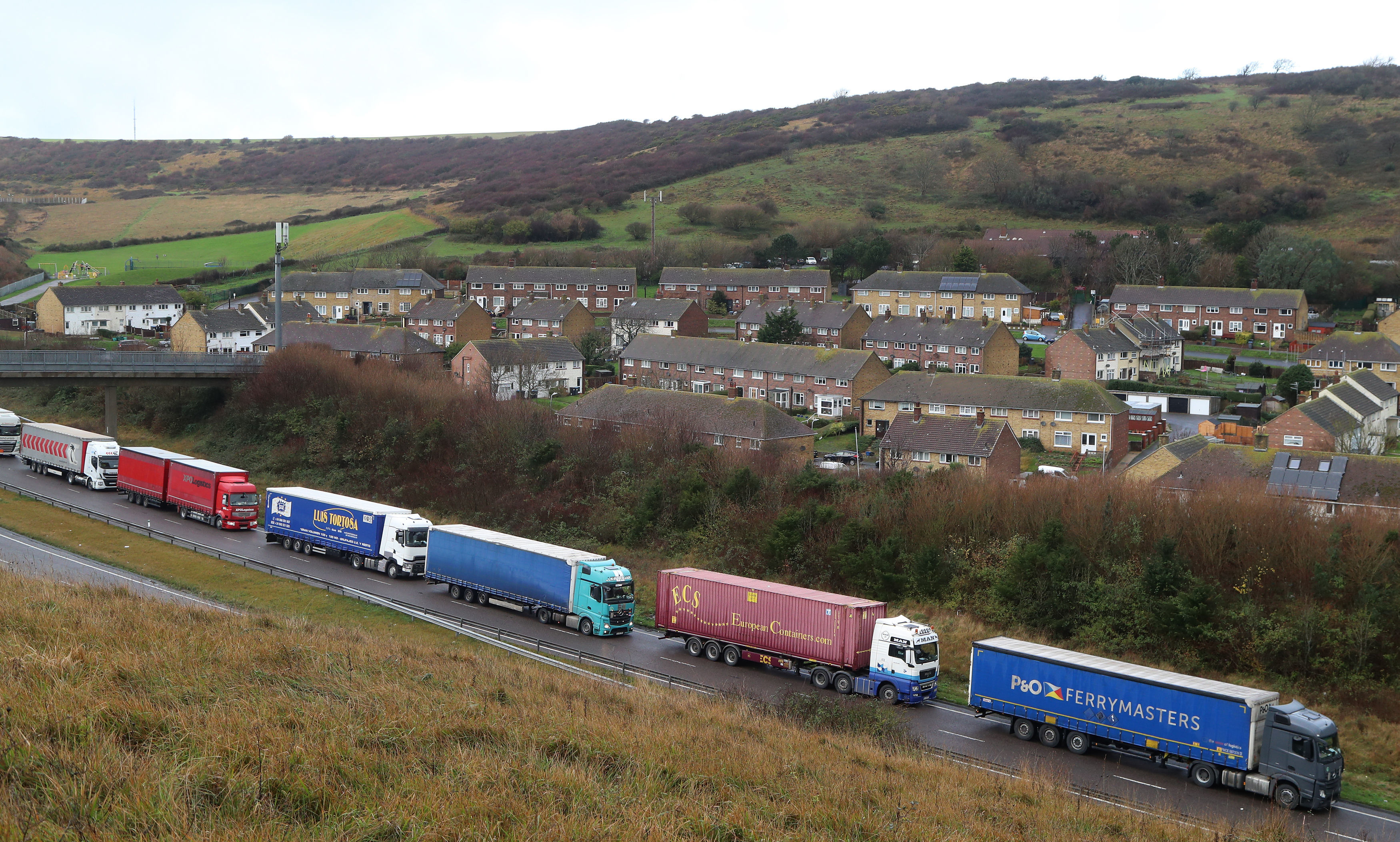 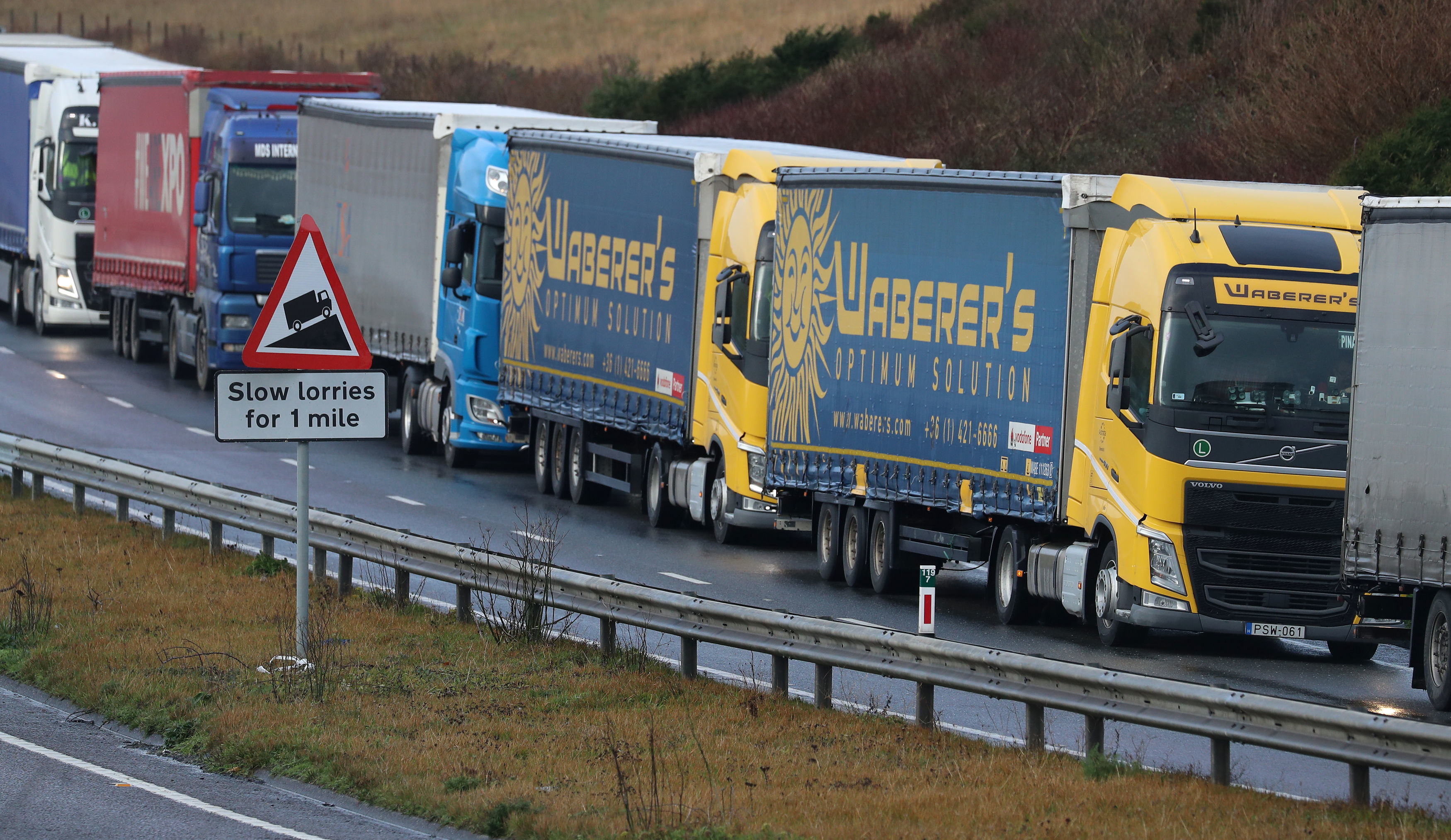 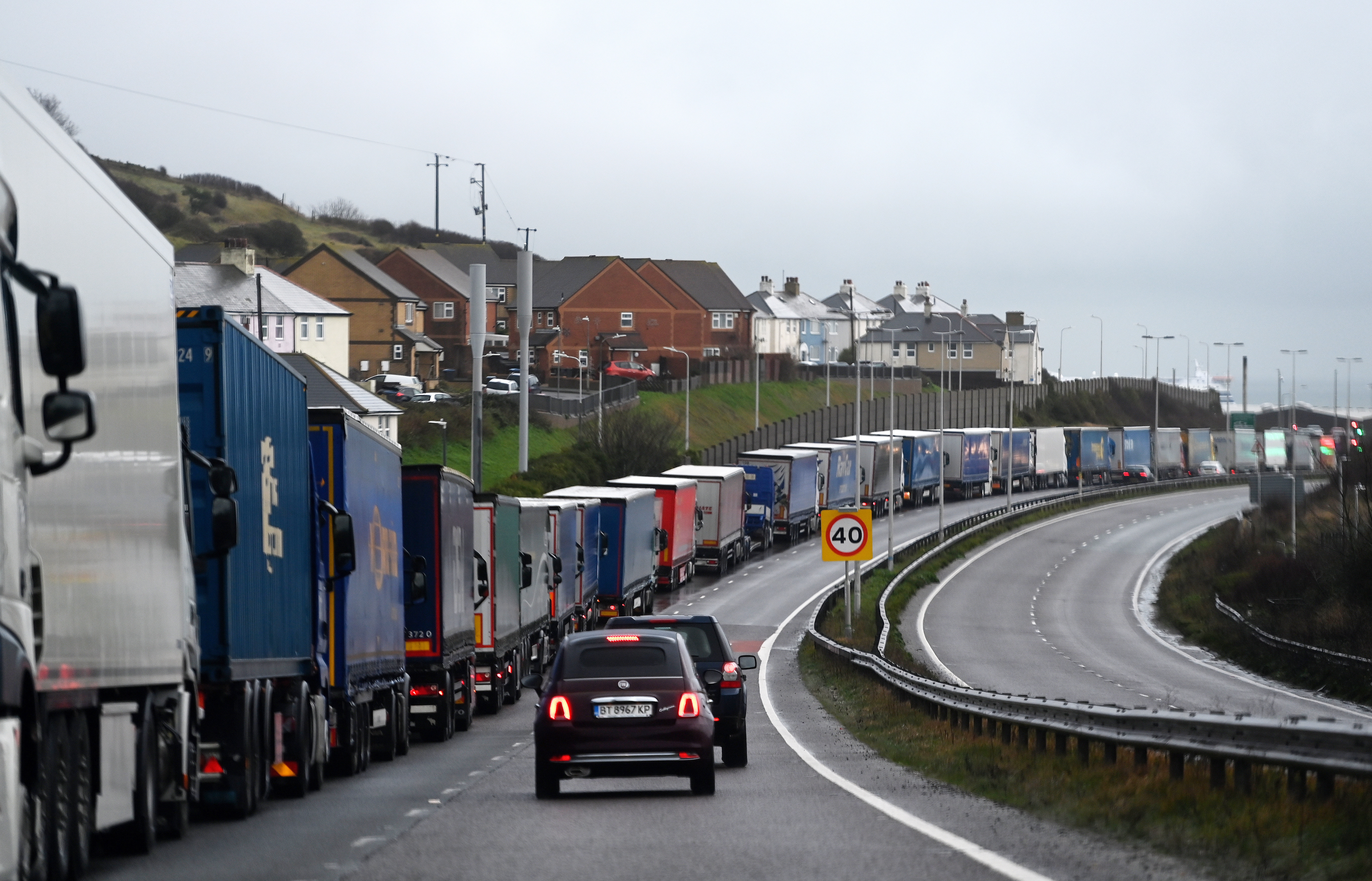 Andrew Opie of the British Retail Consortium, said: “Retailers now face higher costs than ever before, with some seeing 25 per cent week-on-week rises for shipping.”

Parents have also been warned that thousands of kids could face Christmas heartbreak because Peppa Pig and Paw Patrol toys are set to sell out due to supply issues.

Disruption to international shipping from Asia caused by the Covid-19 pandemic and stockpiling ahead of Brexit have caused a bottleneck of goods ahead of the festive season.

Popular toys could sell out quicker than usual as container ships carrying the goods are delayed or diverted due to a lack of capacity in the UK.

Games and puzzles are also running low, with supplies unlikely to be stocked up again until 2021.

Gary Grant from The Entertainer said that shipments of toys from China were running three weeks late.

He told The Times: “My advice to parents is to get on and do your shopping as soon as possible to avoid disappointment, especially if there is a particular thing on  your children’s Christmas list.

"We won’t run out of toys but we may not have enough of the must-have toys.”

Derek Crookes from the Toy Retailers Association said: “There is still stock on shelves but some lines may face shortages.

"In previous Christmases, some toys have run out because they are really, really popular but this year a lot of different lines are running low and might run out entirely before new stock arrives in January." 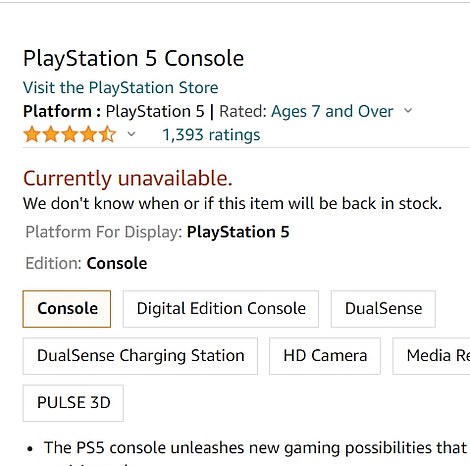 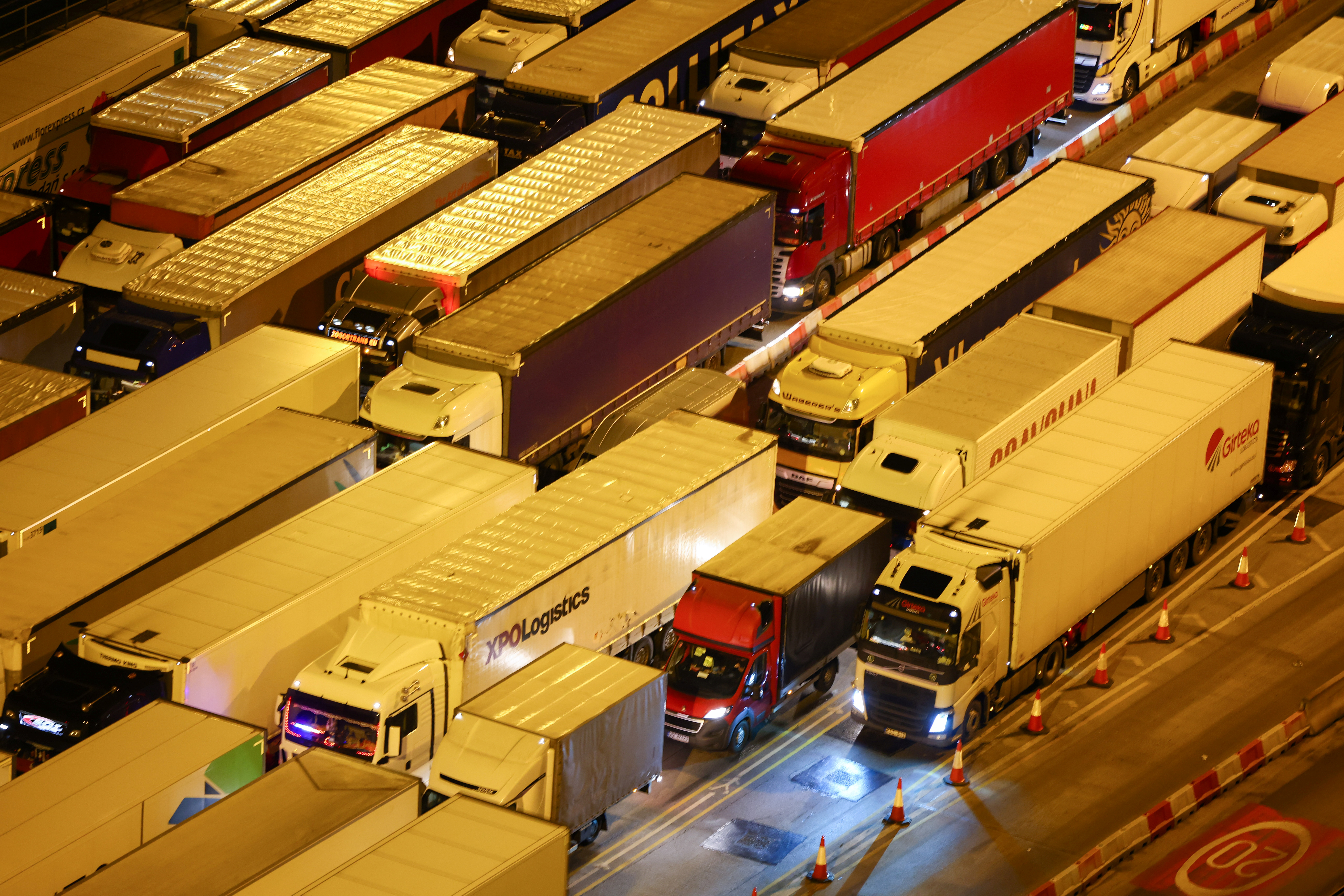 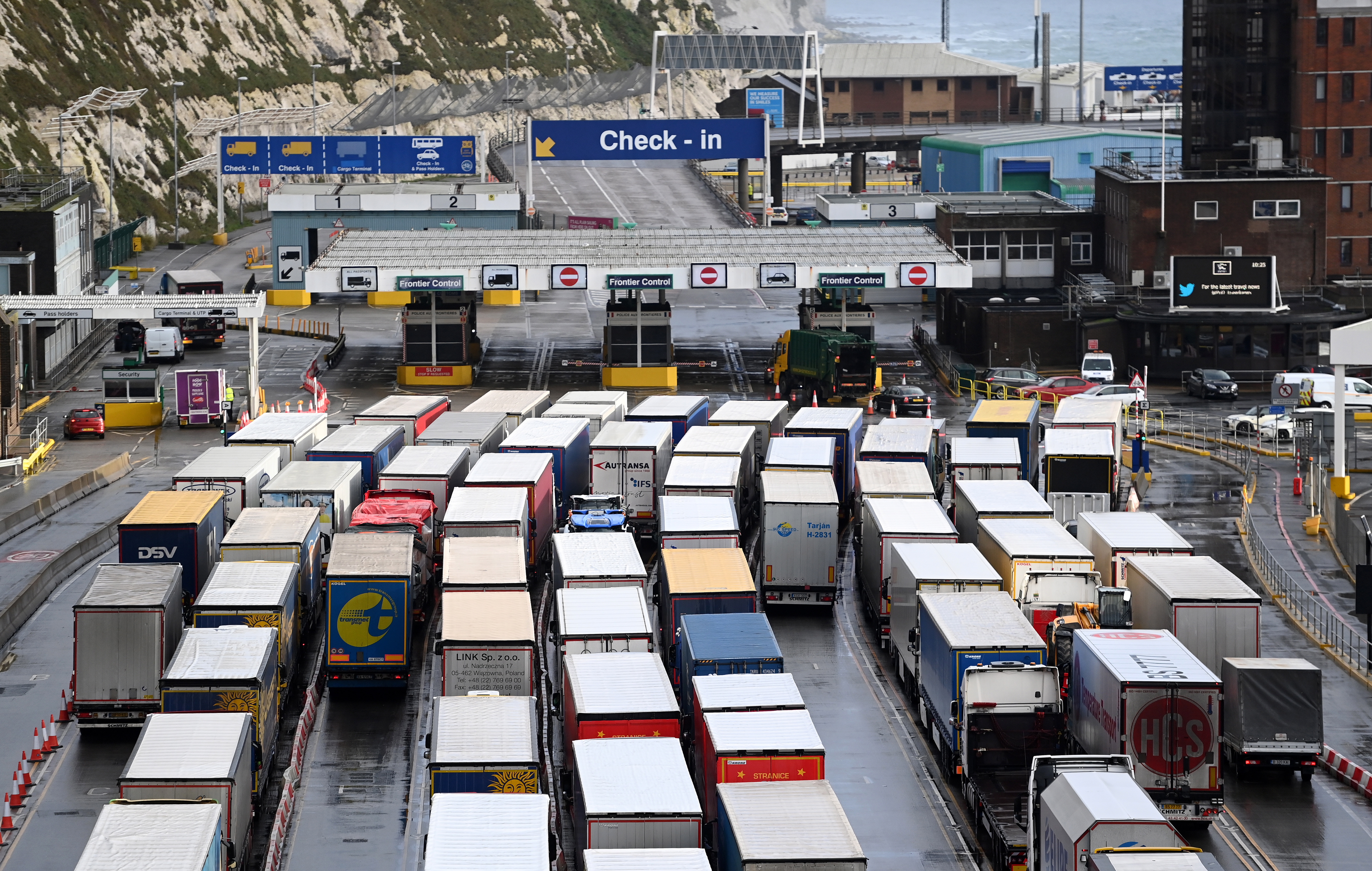