£250,000-a-year university vice chancellor accused of harassment, sexism and racism steps down after ‘emails taunting his ex-wife’s new lover’ are circulated among staff 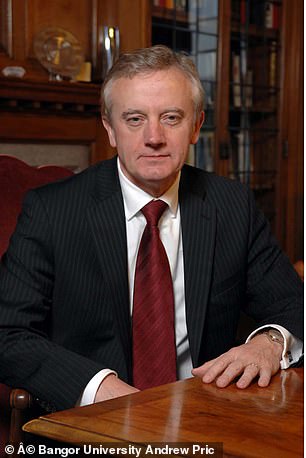 A vice chancellor has stepped down after emails allegedly taunting his ex-wife’s new lover were circulated to staff.

Professor John Hughes retired early following a controversy in which he was accused of harassment, ageism, sexism and racism by his former partner.

He was due to leave Bangor University in north Wales next summer, but will instead be gone within days.

The sudden departure of Professor Hughes, 65, after eight years in charge comes after emails about his private life were reportedly forwarded to staff – for the second time in two years.

They were originally forwarded to the university by his ex-wife, Dr Xinyu Wu, in 2016, according to BBC Wales.

The messages related to Dr Wu, who was the university’s director of international development from 2011 to 2015.

Professor Hughes, whose salary and pension package is £257,000 a year, has claimed the emails were ‘doctored’.

BBC Wales said it had seen emails Dr Wu forwarded to members of the university’s council and senior leadership in 2016.

In one sent from a LinkedIn account to Dr Wu’s new partner, Professor Hughes apparently wrote: ‘Well done mate. I had her youth and beauty, you will have her menopause and her old age (have you seen how Chinese women age!).’ 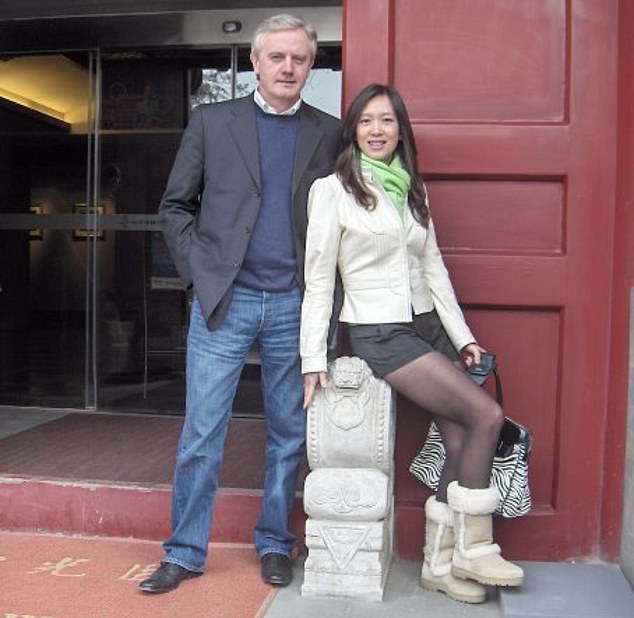 Another email sent from his university account to Dr Wu shows a picture of him with his new partner and the message: ’10 years younger than you’.

Dr Wu told BBC Wales that the messages sent to her and her new husband ‘were not only harassment but they were ageist, sexist and racist’.

After receiving the emails in 2016, Dr Wu complained to the university about his behaviour, writing: ‘Could someone please stop your Vice Chancellor from repeatedly harassing us and damaging the university.’

Dr Wu now lives in the US, where she has been director of Michigan State University’s visiting international programme since September 2015.

Professor Hughes is understood to have emailed staff last Monday after the emails resurfaced recently. 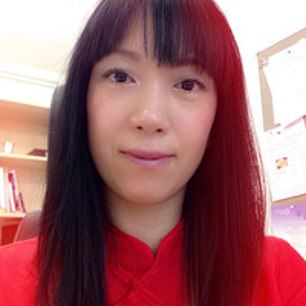 The emails related to Dr Wu (pictured), who was the university’s director of international development from 2011 to 2015

The mathematician and theoretical physician apologised for any ‘distress or unease’ caused, adding: ‘This morning, some of you received an email purporting to relate to my private life.

‘The messages attached to this email dating from 2016 have been doctored and, whilst I do not want to go into details regarding a very personal matter, I wanted to assure you that the messages are not what they seem.’

A university spokesman said: ‘An email was sent in 2016 by the vice chancellor’s former wife. Action was taken by the university to resolve the issue.

‘Then, this month emails were sent to people at the university which appear to come from multiple email accounts. These refer to the 2016 correspondence.’

The spokesman said the university faced a several challenges and needed leadership in place that could manage any changes in the long term.

She said: ‘As a result, Professor Hughes has agreed to step aside sooner than announced, and will be leaving at the end of December.’

Professor Hughes was criticised by students two years ago for his luxury grace-and-favour residence, which has cost the university £750,000.

Dr Wu did not respond to a request for comment last night.