As American vacationers face frustration at airports and at the gas pump, there’s another issue that could disrupt summer fun: the lifeguard shortage.

A third of the country’s 300,000 public pools will have to cut back hours or close altogether this summer if they can’t find staff, the American Lifeguard Association warned.

“This is what we consider a critical lifeguard shortage in America,” Wyatt Werneth, spokesperson for the American Lifeguard Association, told Yahoo Finance Live (video above). “And where [at] this time every year we normally have a full complement of lifeguards, we’re not seeing it due to the pandemic, the cancellation of the J-1 work visa, … as well as the competitive pay rates.”

The impact is less severe at popular beaches in Florida and California where lifeguards tend to work year-round. Instead, the primary shortage has been seen at municipal pools, particularly in large U.S. cities.

Boston announced last week that some public pools would not open at all this summer, and Chicago said it will operate less than half its 77 pools after pushing back its opening date to July 5th. 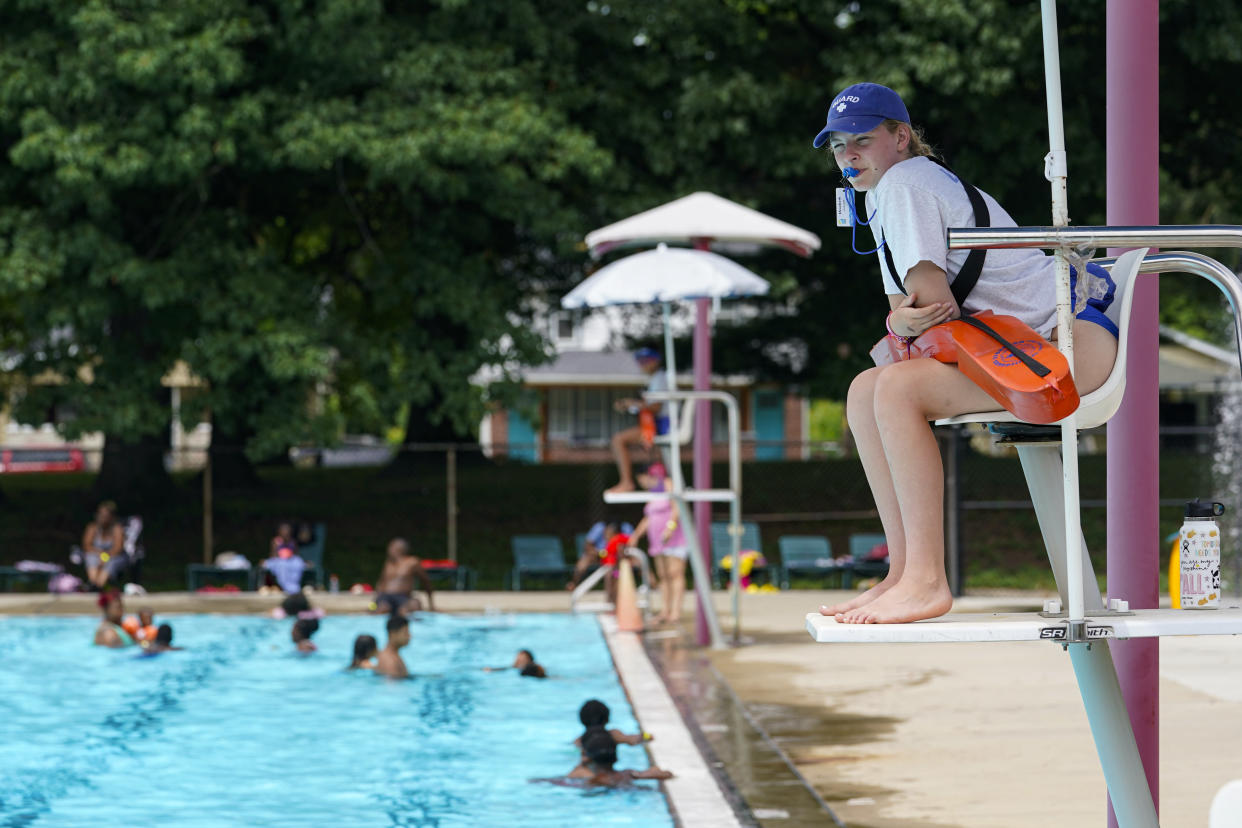 The causes of the lifeguard shortage

During the pandemic, lifeguard certification programs were canceled across the country. That resulted in no new guards coming on board while thousands of certificates expired.

The second blow came in June 2020 during the coronavirus pandemic when then-President Trump banned foreign work visas due to public health concerns. Prior to the ban, many lifeguard positions were filled using the J-1 work visa, which brought in students from overseas.

President Biden did reverse Trump’s policy, but it may take years for the numbers to rebound.

Werneth added that the war in Ukraine “is not helping” matters since many J-1 students that worked as lifeguards were Russian and Ukrainian.

The third driver of the lifeguard shortage has been the competition among industries for young workers. That battle has driven up wages beyond what many cities and towns can pay.

“That’s the number one reason because we’re not paying as much as other jobs, retail, or even in the restaurant business nowadays,” Werneth said. “So it’s tough to have to go through all the training [and] be a strong swimmer to do that. It’s easier to just go and get another job at one of these other locations.” 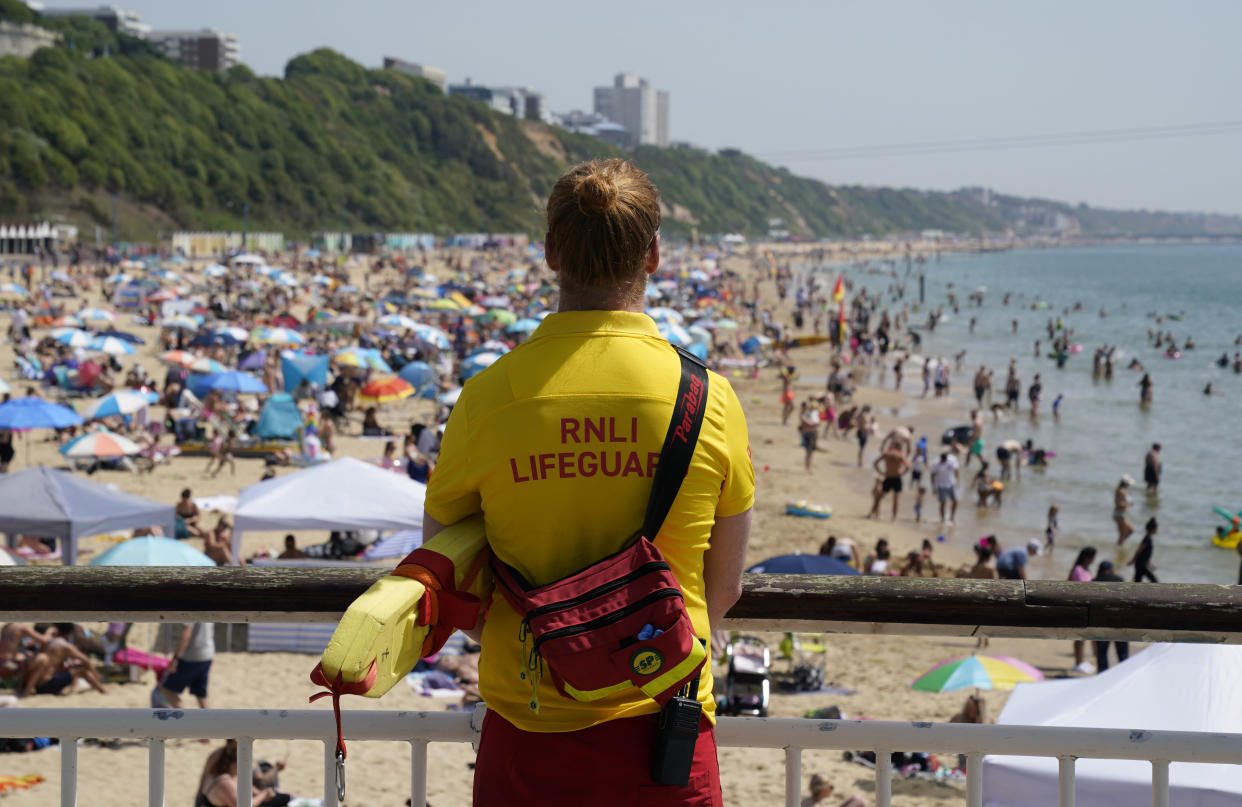 The Bureau of Labor estimates that lifeguards made a mean hourly wage of $13.14 in 2021, well below other seasonal jobs.

“So now what we’re trying to do is we’re obviously looking at raising the cost or the pay rate so that we can compete with the other jobs out there,” Werneth said. “We’re doing sign-on bonuses. I’ve seen it as high as $1,400 to sign up.”

Many municipalities have already started increasing hourly pay in hopes of attracting lifeguards.

On July 6, New York City Mayor Eric Adams stated that the city would be raising lifeguard wages 20% to $19.46 per hour to address the shortage, Bloomberg reported. The announcement came after New York City Hall said it certified more than 200 lifeguards over the last two weeks, bringing the total to 720 — half the city’s goal.

Raleigh, North Carolina, also approved a raise for lifeguards, increasing wages from $9.25 an hour to $13 an hour, while Philadelphia boosted pay from $16 to $18 an hour. 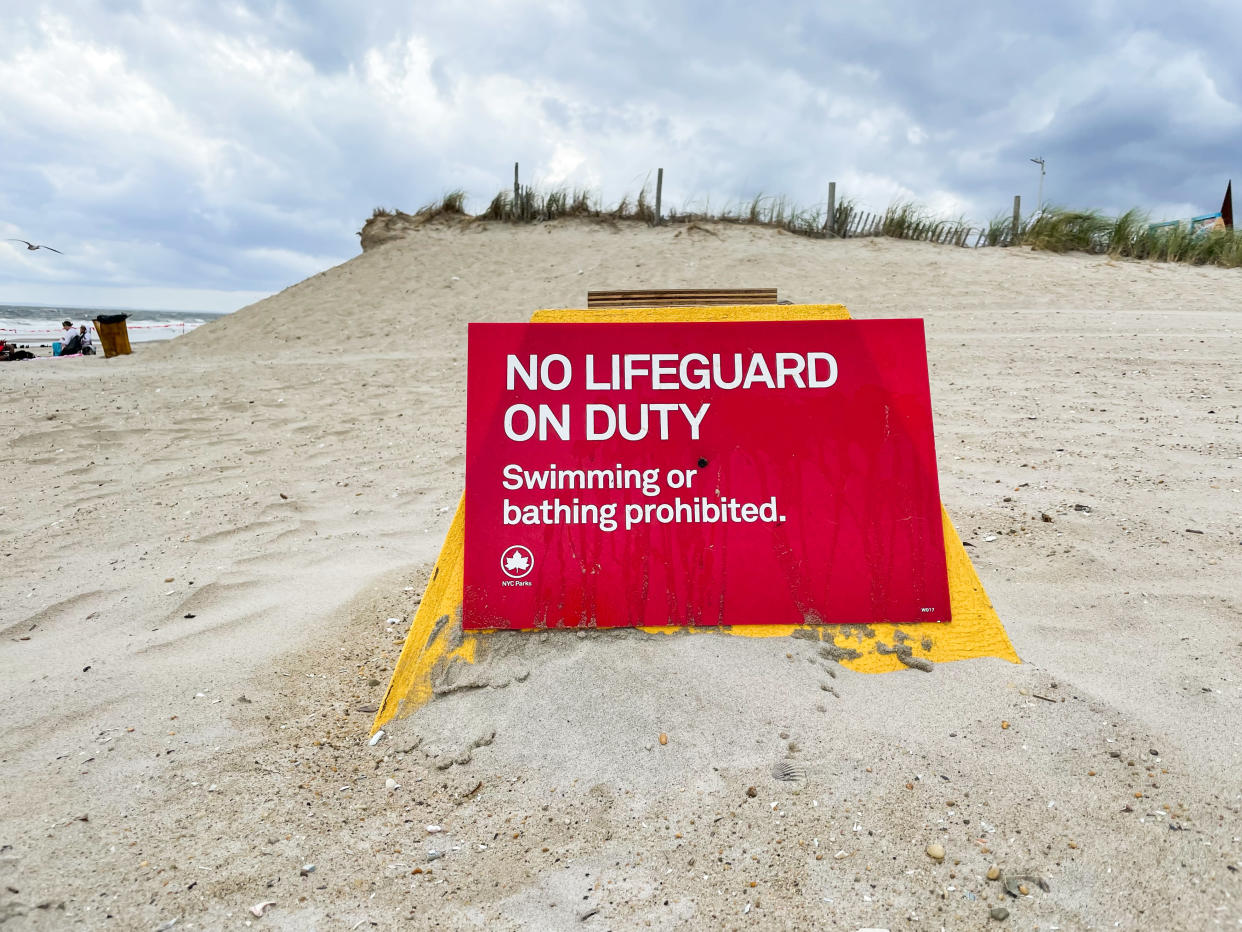 Werneth also suggested that pop culture could be another catalyst to attract potential guards.

“There’s going to be a whole lot of people joining the Navy after ‘Top Gun.’ When I joined it was all because of [1990s lifeguard sitcom] ‘Baywatch,’ and we were really excited about getting out there and having that lifestyle,” he said. “We need something to re-spark that.”

But while cities look to fill out their ranks, Werneth cautioned that the consequences of too few lifeguards can be dire.

“We’ve already had a couple of drownings in areas where lifeguards should be and would be,” he said.

The CDC estimates there are 3,960 fatal drownings and more than 8,000 non-fatal drownings in the U.S. each year. While addressing the lifeguard shortage is one way of preventing those numbers from increasing this summer, it also falls on the shoulders of swimmers as well as their parents, Werneth said.

“Our thing is: Learn to swim, America,” Werneth said. “If you can’t swim in front of a lifeguard, learn to swim, and assign a water watcher — someone who can watch your group. Make sure that people are in lifejackets who don’t know how to swim.”

Dave Briggs is an anchor for Yahoo Finance Live.

Download the Yahoo Finance app for Apple or Android