Five men have been arrested on charges they obtained Social Security numbers and other identifying information to steal millions of dollars from mostly elderly and disabled veterans.

Robert Wayne Boling Jr. was identified in a 14-count indictment unsealed Wednesday in San Antonio, Texas, as the scheme’s mastermind.

Boling, a U.S. citizen, was arrested in the Philippines along with two others, Allan Albert Kerr and Jongmin Seok. Another suspect, Fredrick Brown, was arrested in Las Vegas and the fifth, Trorice Crawford, in San Diego.

"Our veterans were willing to risk everything to protect this country from foreign threats, and now they were being threatened by a conspiracy operating abroad, so now it’s our turn to repay their sacrifice to make sure we bring justice to them for having their information and in some cases their money stolen by a foreign conspiracy," said U.S. Attorney for the Western District of Texas John Bash.

According to the indictment, the scheme began when defendant Brown, who was a civilian employee at a U.S. Army installation, stole identifying information for thousands of military service personnel to access benefits and steal from bank accounts. 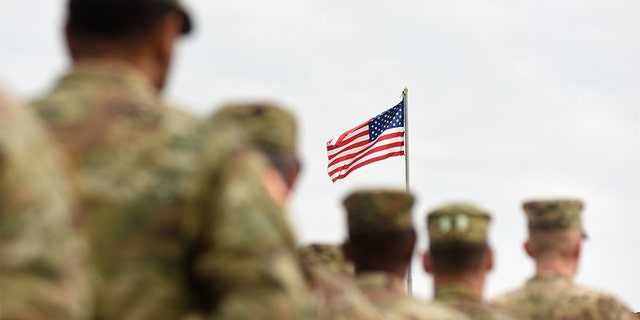 The scheme’s alleged mastermind was a civilian employee at a U.S. Army installation, according to the indictment.
(iStock, File)

“The crimes charged today are reprehensible and will not be tolerated by the Department of Justice. These defendants are alleged to have illegally defrauded some of America’s most honorable citizens, our elderly and disabled veterans and servicemembers,” Attorney General William Barr said.

“Through today’s action, the Department is honoring our pledge to target elder fraud schemes, especially those committed by foreign actors using sophisticated means, and to protect the veterans of our great country,” Barr continued.

The Justice Department announced it had uncovered around 3,300 victims so far all over the U.S., noting there could be more.

It’s unclear how much money the men may have stolen and whether they had retained counsel yet.

Fox News' Bill Mears and The Associated Press contributed to this report.