THE coronavirus death toll in the Lombardy region of Italy has risen by 546 in just one day, with the countrywide total now exceeding 4,000.

The region, situated in the country's north, has been the worst hit by the pandemic in Europe, with reports now emerging of a catastrophic situation developing in its hospitals. 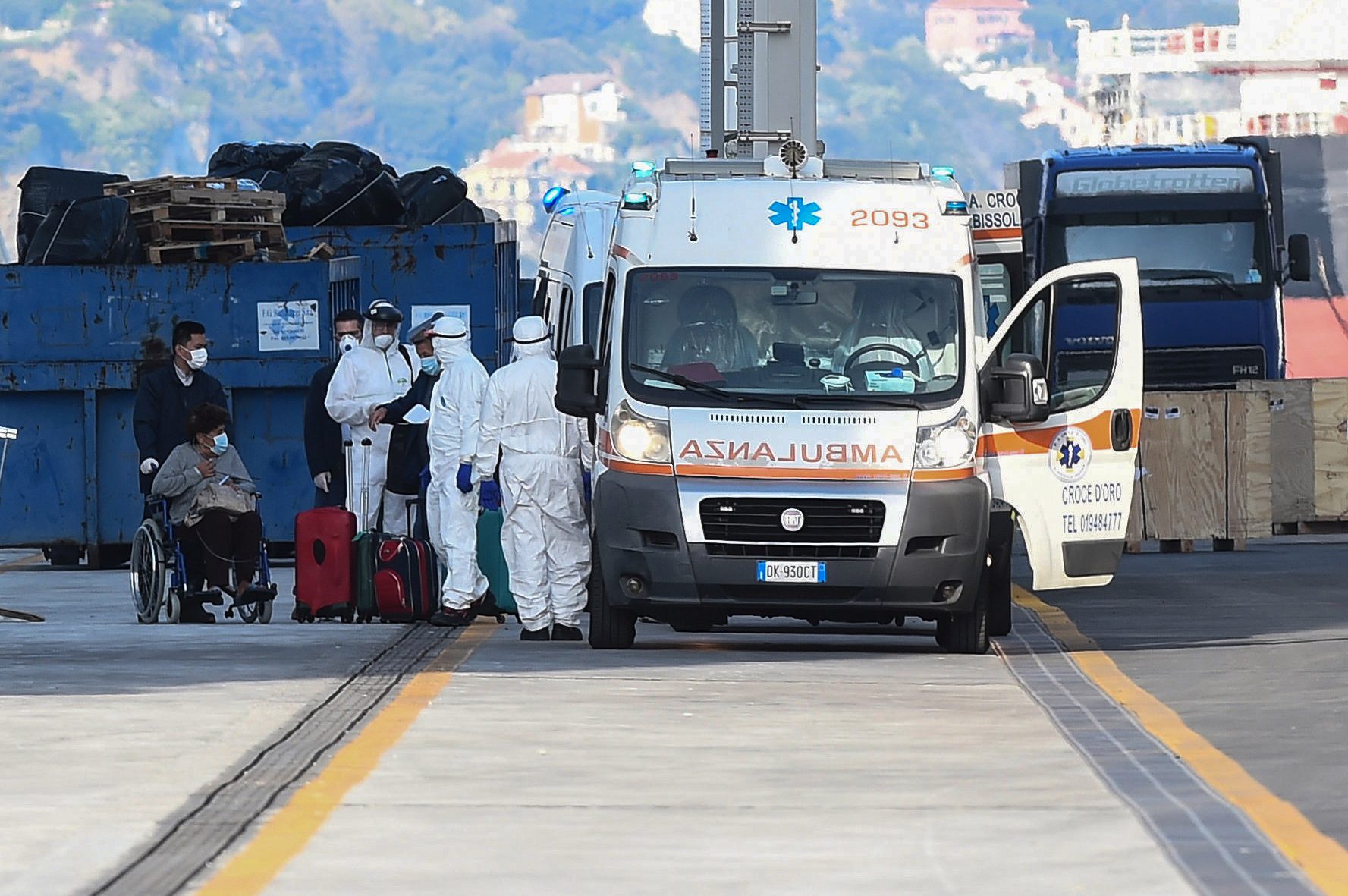 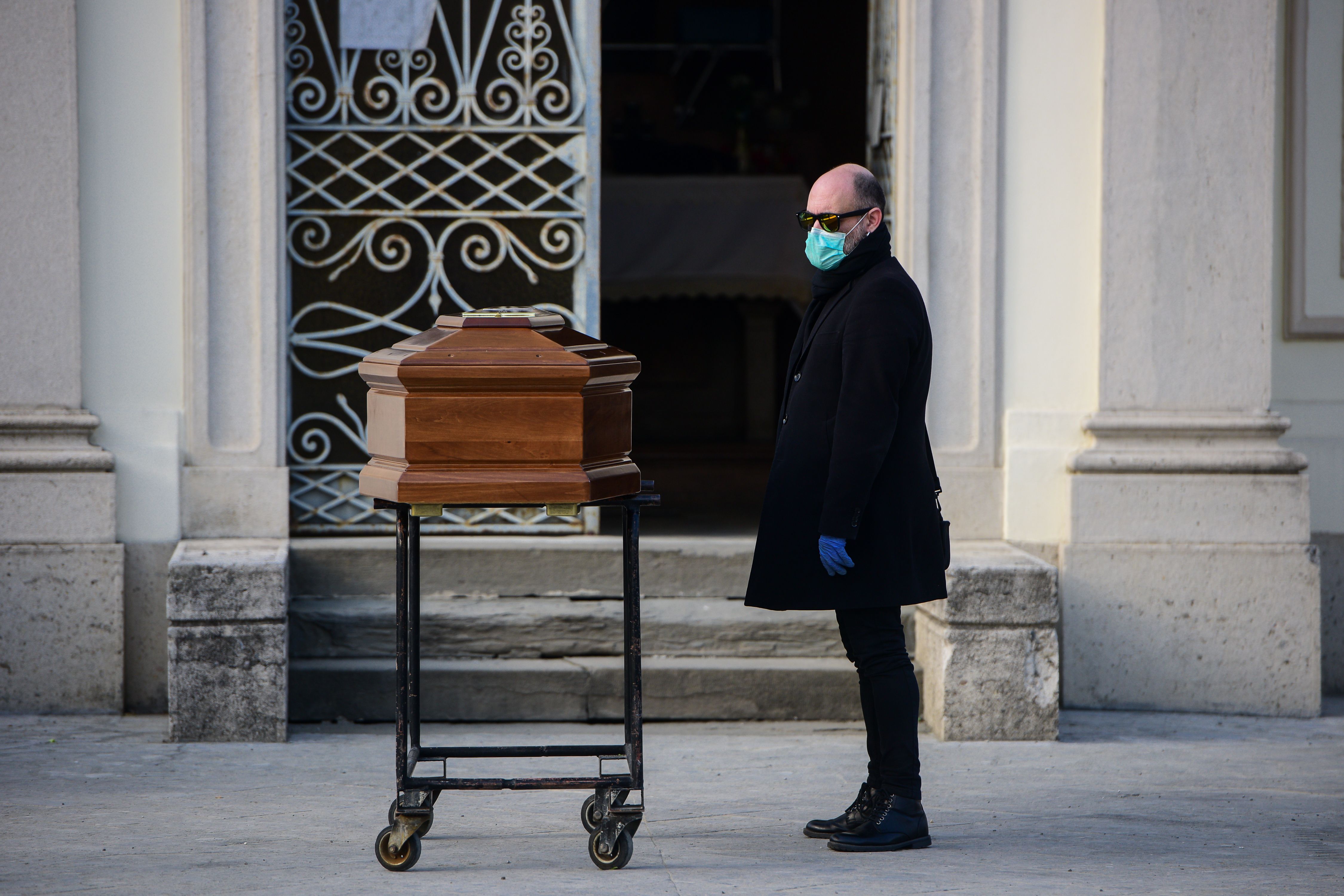 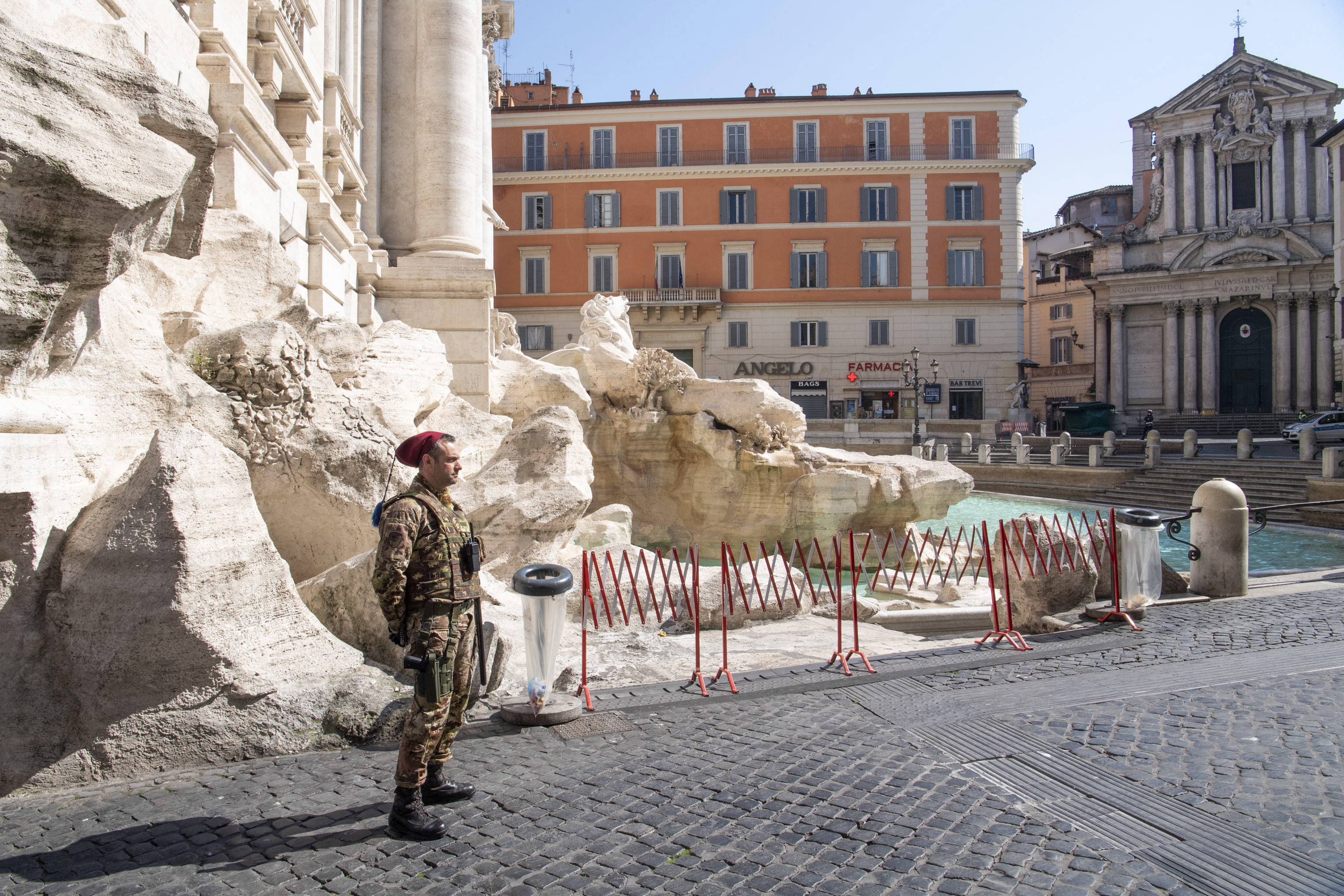 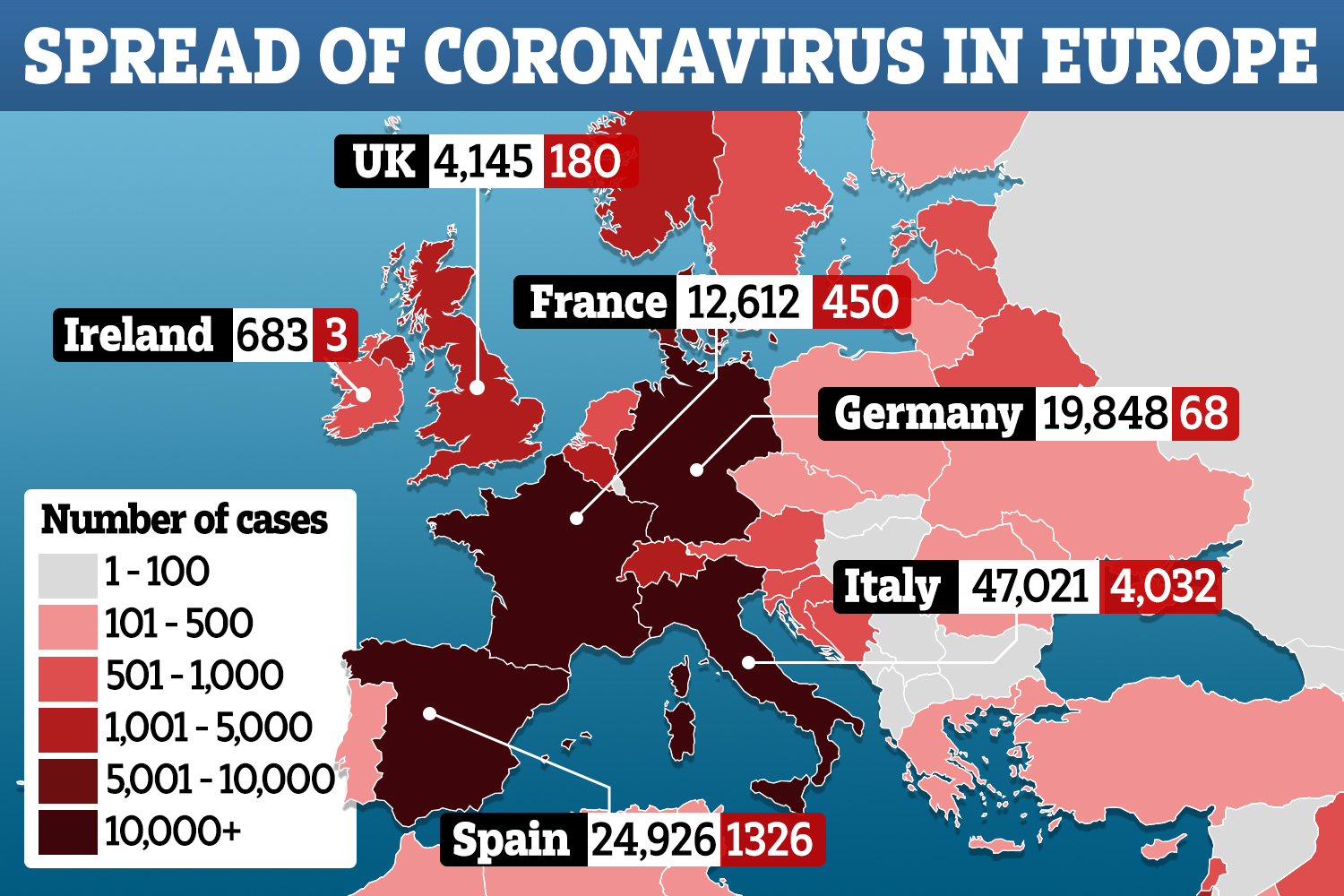 Italy now has more than 47,000 cases of coronavirus and at least 4,032 deaths – more than any other country.

The country has been under lockdown since the government announced a nationwide quarantine on March 9.

Similar restrictions have been placed on people's movement, but the number of cases has continued to grow.

Today's rise brings the total deaths in Lombardy alone to 3,095.

Speaking to ITV, Connor McAnish, a British doctor working on an intensive care unit in the region, described an "endless stream" of patients.

"They’ve had to build a tent outside the hospital [and] there are burials about every 30 minutes in the cemetery," he said.

"With so many patients coming in, when someone dies it’s almost as if we say, 'Okay we couldn’t do anything for this person, now we can take another person and see if their condition will improve'.”

CORONAVIRUS CRISIS – BE IN THE KNOW

Get the latest coronavirus news, facts and figures from around the world – plus essential advice for you and your family.

To receive our Covid-19 newsletter in your inbox every tea time, sign up here.

Reports had previously emerged from Lombardy of patients who would normally be in intensive care having to be left on wards without the resources to properly treat them.

Response systems are also receiving in excess of 2,500 emergency calls per day.

But Prime Minister Pedro Sanchez and Health Minister Salvador Illa both warned that "the worst has still to come", with hospitals now saturated and in need of fresh medical supplies.

HOW ARE LOCKDOWNS BEING ENFORCED IN DIFFERENT COUNTRIES?

Countries around the world are now enforcing lockdowns and nationwide quarantines, but the punishments for flouting them vary from place-to-place

In Spain, residents face fines starting from £90 or even imprisonment if they disobey authorities.

A total of 350 arrests have been made and 31,000 fines handed out to people flouting the restrictions.

One couple caught having sex in a car told police they shared a flat with too many people to get intimate under lockdown, while another four people were fined after being caught taking it in turns to take the same dog for a walk.

The government has also said that any company that can help in the extra production of diagnosis material and protective equipment like masks, glasses, or gloves must contact them or face a fine.

Authorities in China, the first country in the world to report cases, earlier deployed a fleet of drones through which they could talk to people and encourage them to go home.

They also set up checkpoints on the streets and at the entrance of residence buildings where people had to get their temperature checked before passing.

In Italy, Europe's worst-hit country, authorities so far charged over 40,000 people with ignoring the lockdown.

In France, anyone caught outside without justification is being given a fine equivalent to £128, while repeat offenders face detention and ultimately imprisonment.

President Emmanuel Macron this week expressed concern that people were not understanding the severity of the crisis.

In Australia, fines as high as £25,000 could be handed out to people failing to isolate themselves appropriately.

The country has been in lockdown since Sanchez announced a state of emergency last Saturday and limited people's ability to leave their homes.

Residents are allowed to travel to buy food or walk pets, but not to go for a job or cycle, even alone.

Shops, restaurants, bars, and cinemas have all been closed and police are patrolling the streets to enforce the measures.

A total of 350 arrests have been made and 31,000 fines handed out to people flouting the restrictions.

The lockdown is due to last a fortnight but government ministers have already said they expect to have to extend it.

The coronavirus has infected more than 277,000 people and killed at least 11,423 since first breaking out in late December. 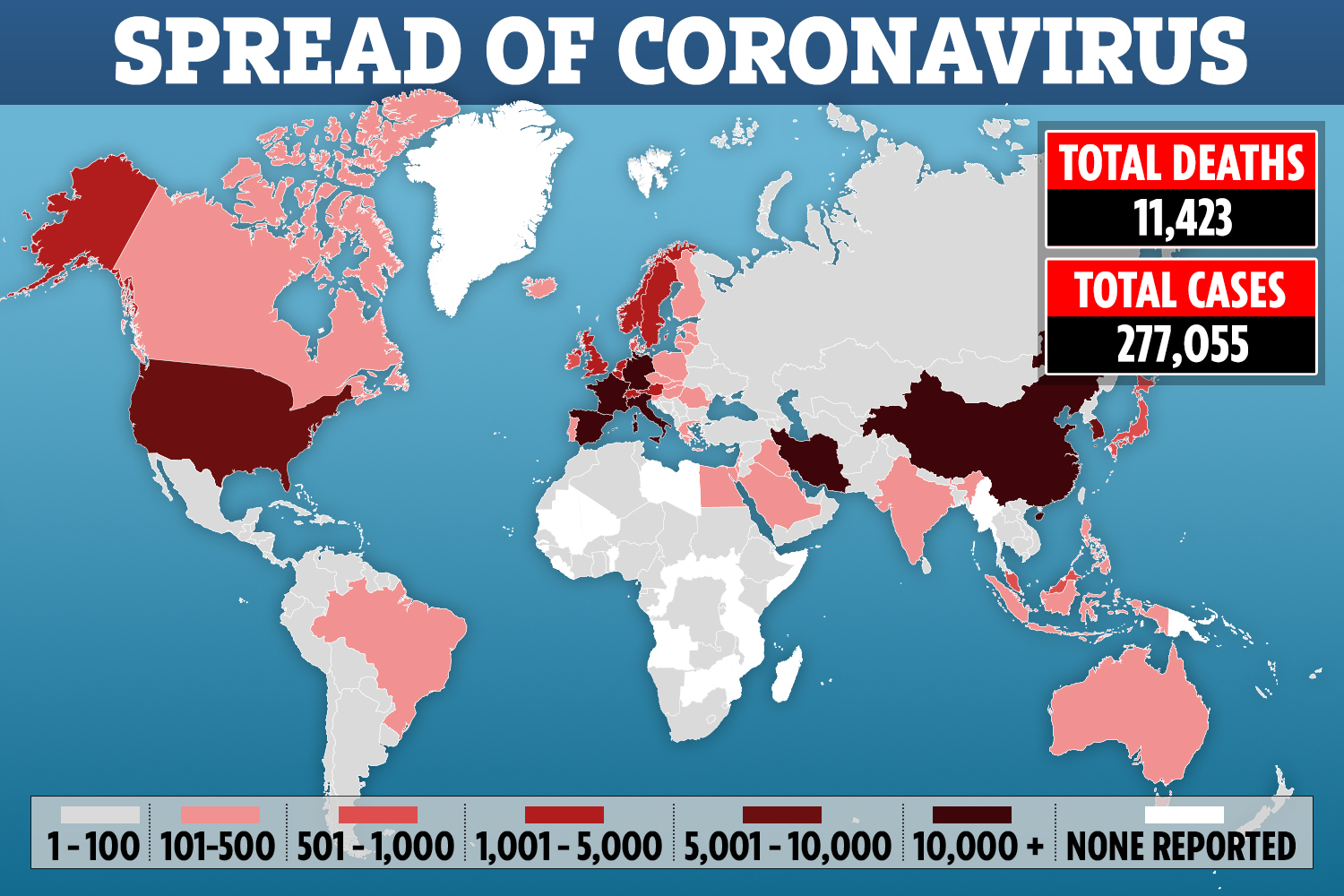 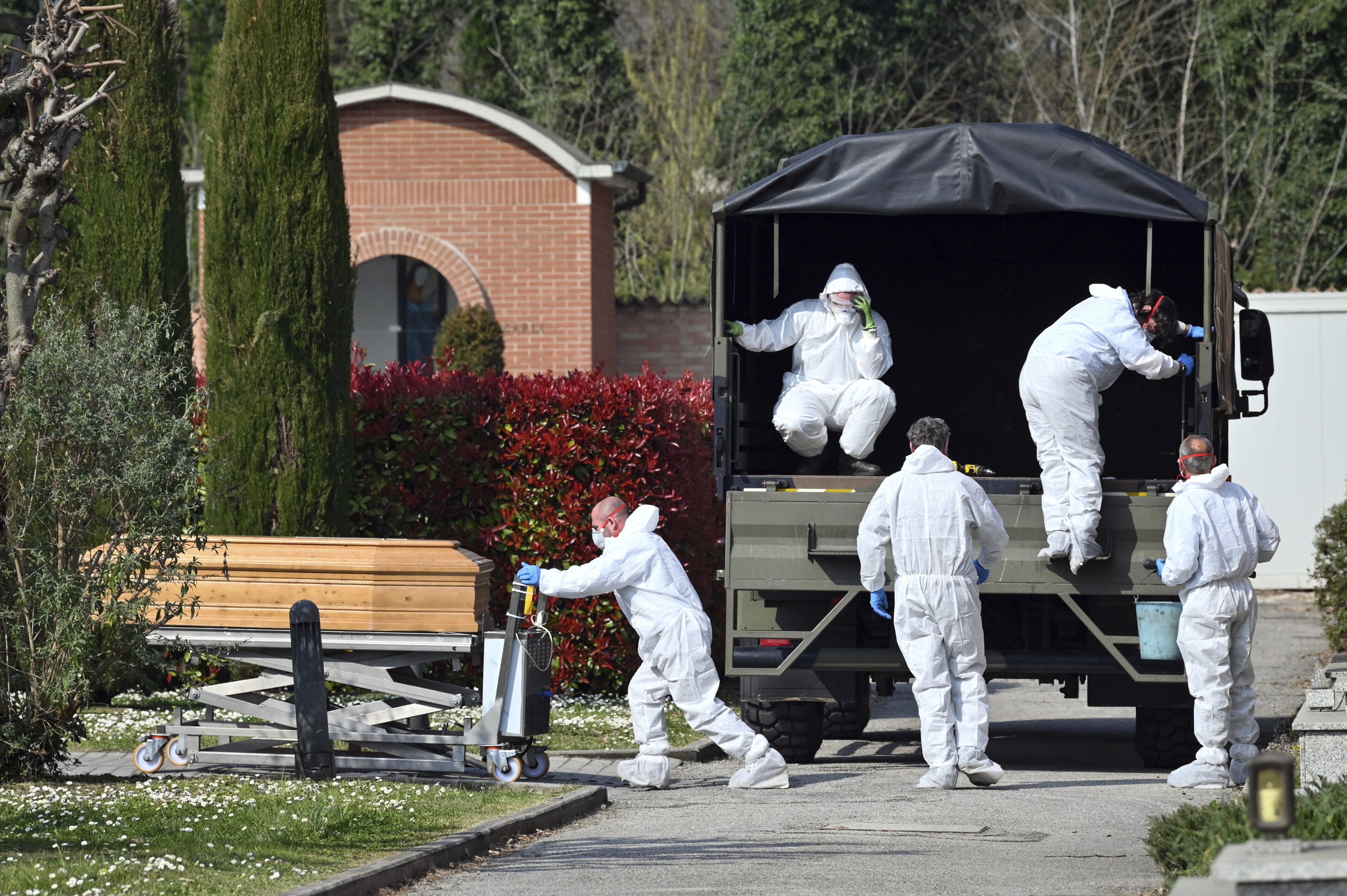 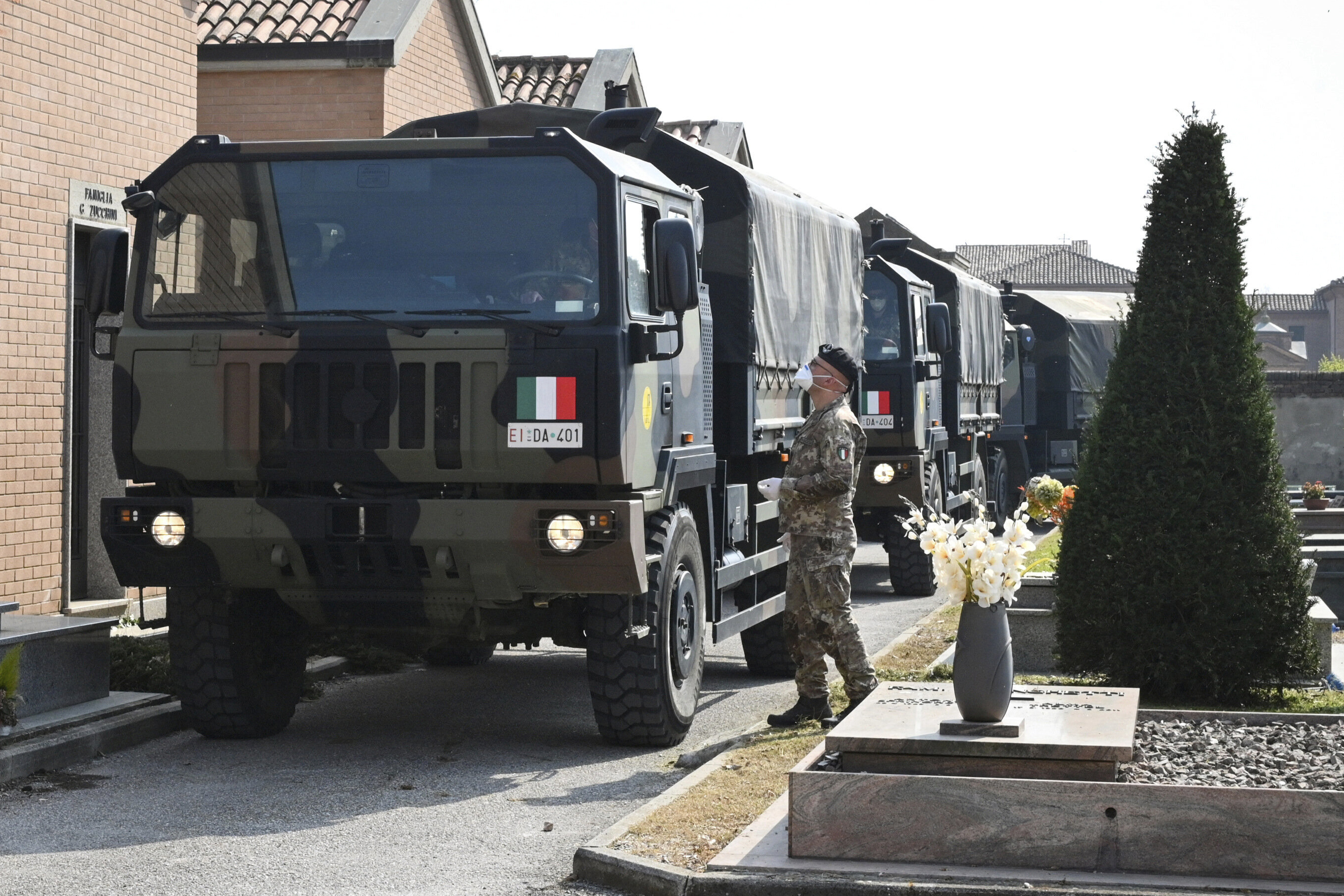 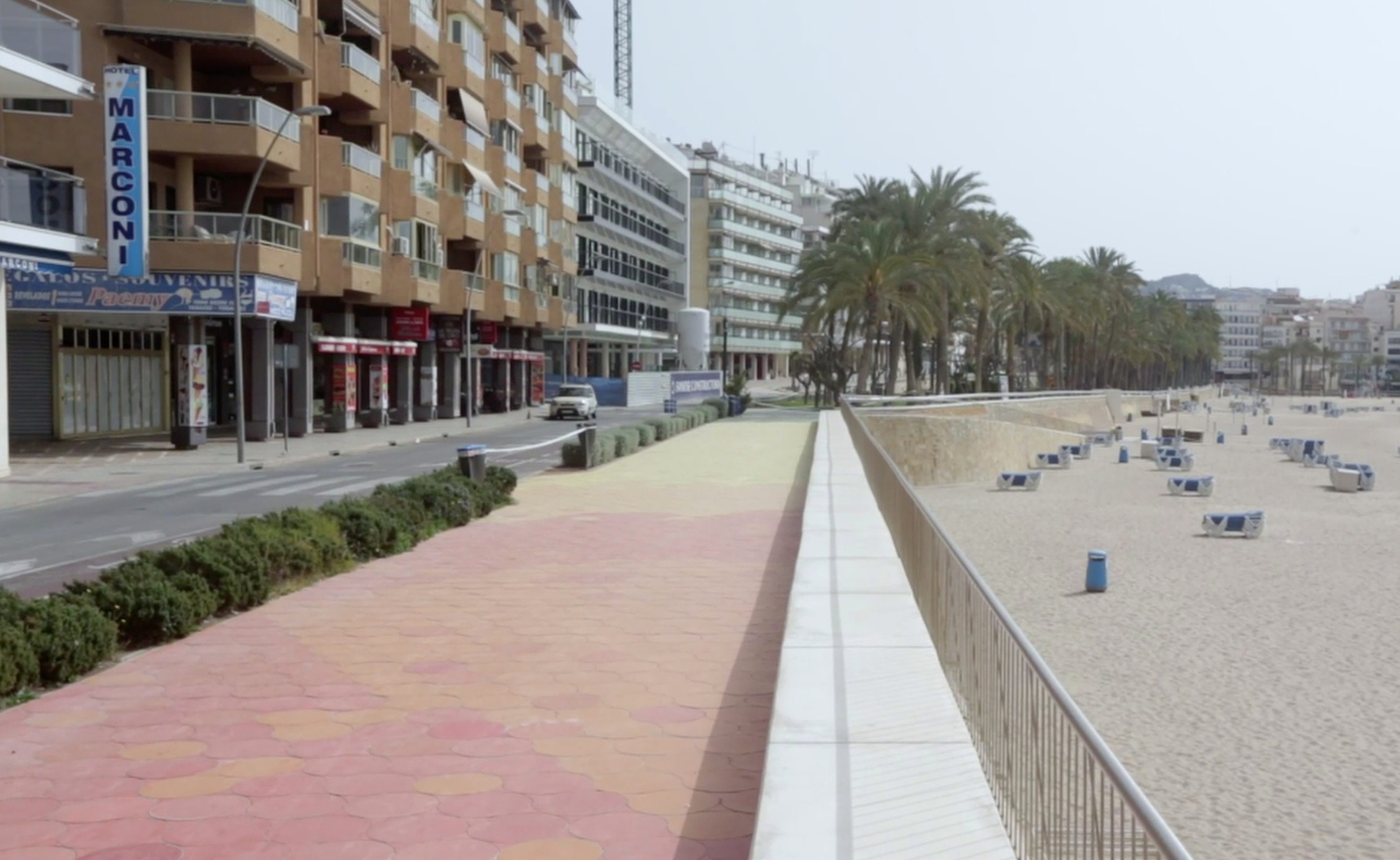 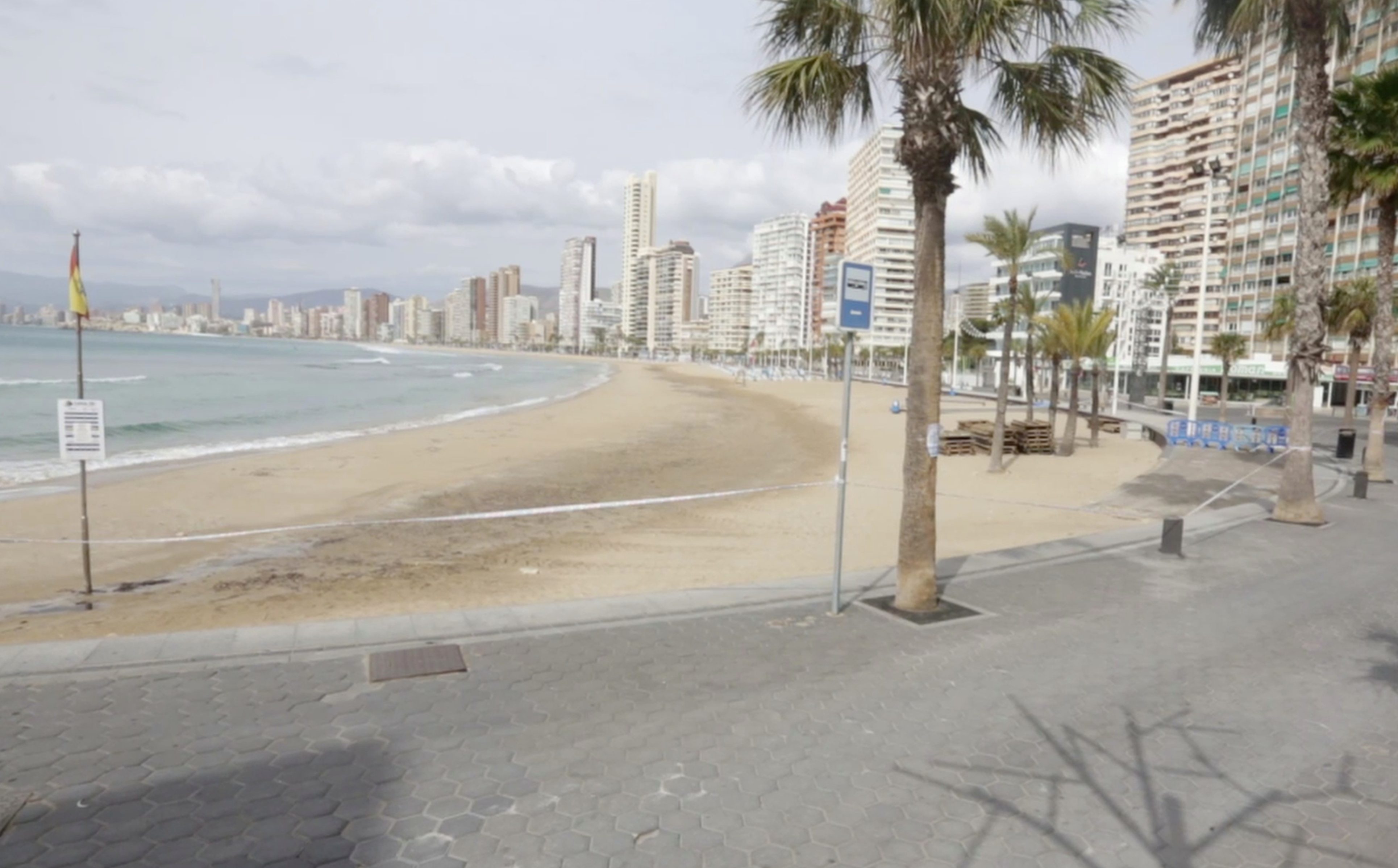 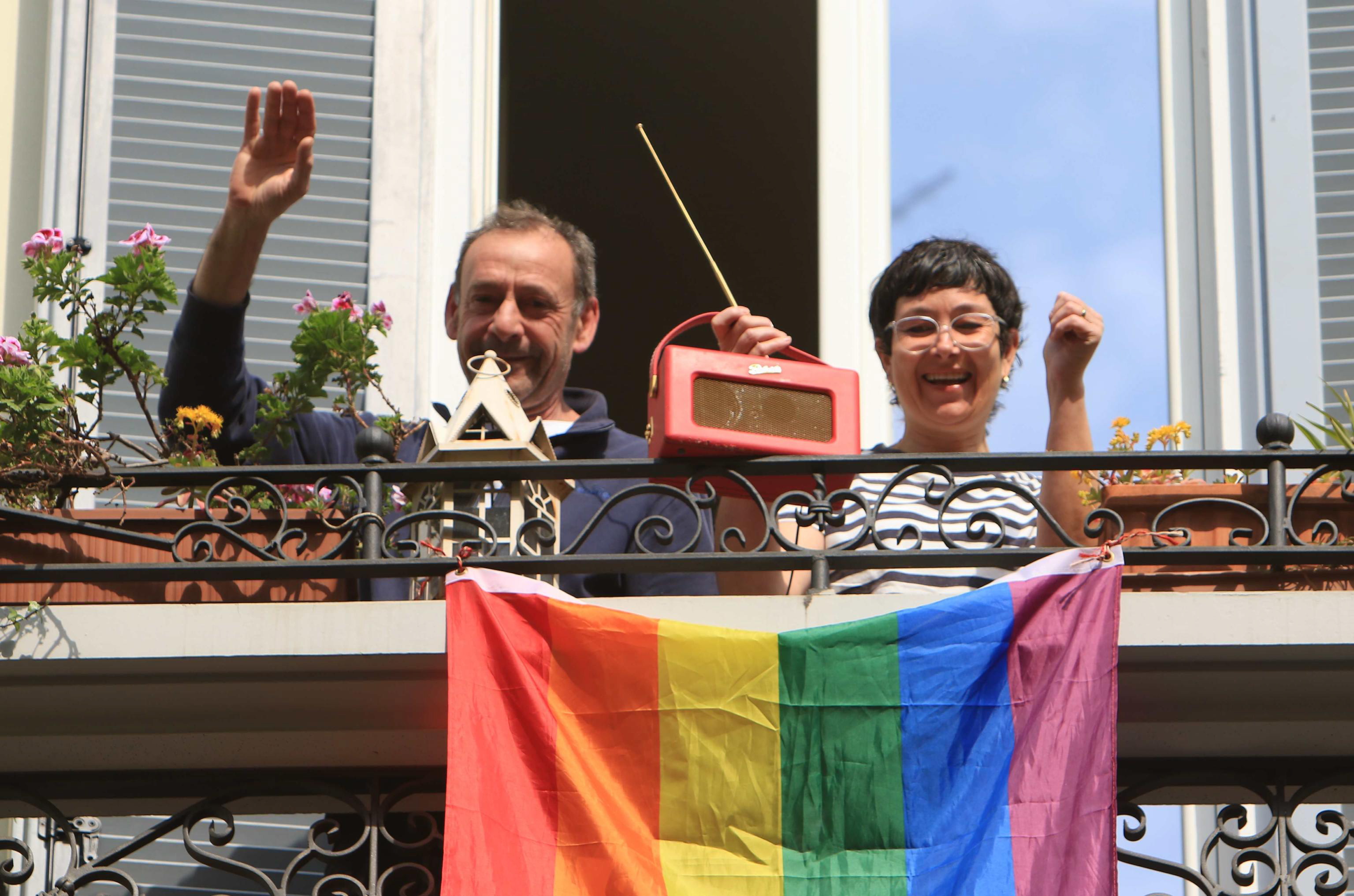 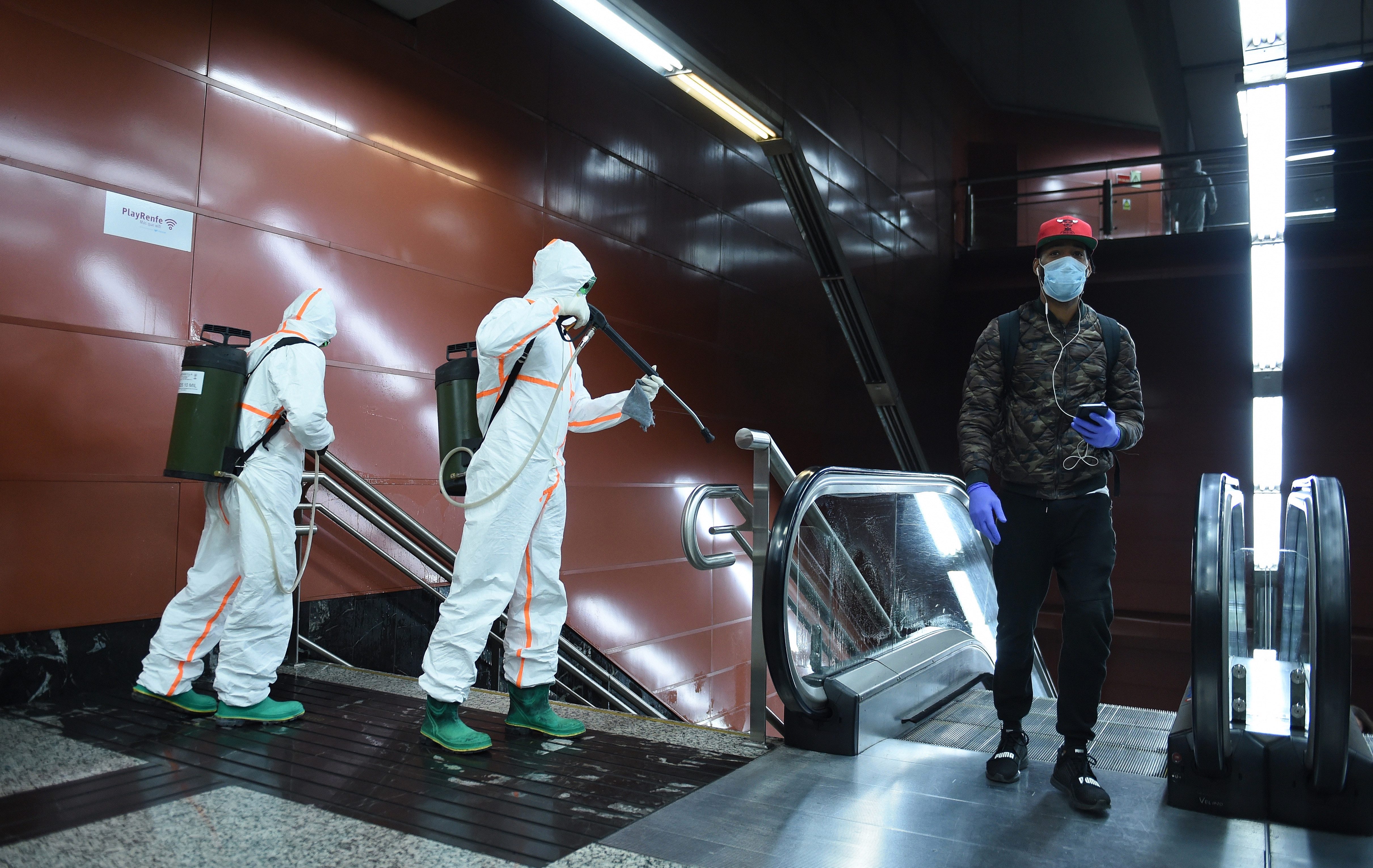 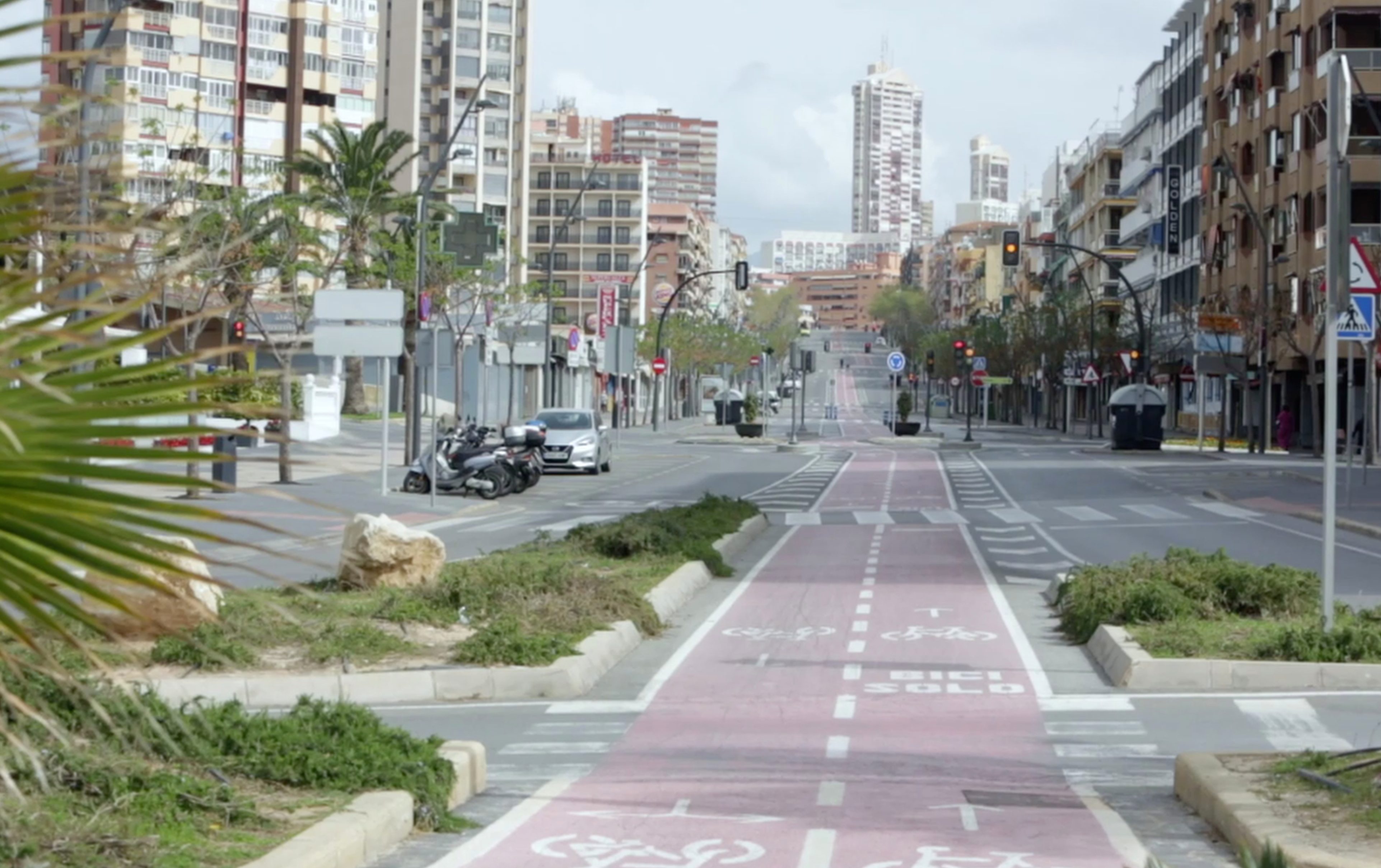