Half the funding earmarked to recruit additional police officers this year will be ‘repurposed’ so forces can use the cash for extra costs due to the pandemic.

Crime and Policing Minister Kit Malthouse told the Home Affairs Select Committee that of the £168million ringfenced money, £84million would be released so that it could be used to meet costs related to coronavirus. 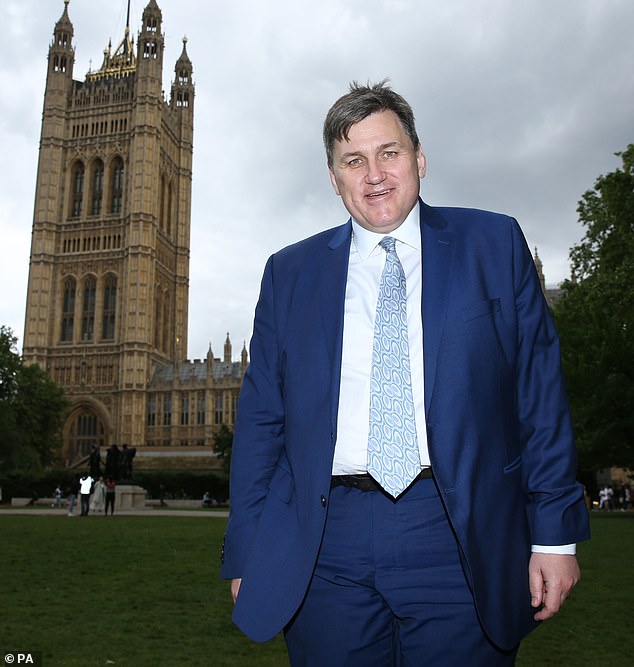 Crime and Policing Minister Kit Malthouse (pictured, in Westminster, May 2019) said £84million was needed to cover ‘extra costs’ associated with the pandemic

Mr Malthouse admitted he is aware of the ‘potential, indeed likelihood’ for coronavirus to disrupt the delivery of the Police Uplift Programme.

He warned ‘any disruption to recruitment will occur concurrently with the potential for increased financial pressures on police forces, for example from greater overtime costs due to absences of those unwell or self-isolating’.

What the minister called ‘cashflow issues… at a time where they can ill afford to slow down or stop vital activity’ has led to ‘two immediate actions’.

‘First, we have brought forward payment of the £142.6m pensions grant, which forces will have now received,’ Mr Malthouse said. ‘Secondly, we have also revised our approach to the Police Uplift Programme ringfence. 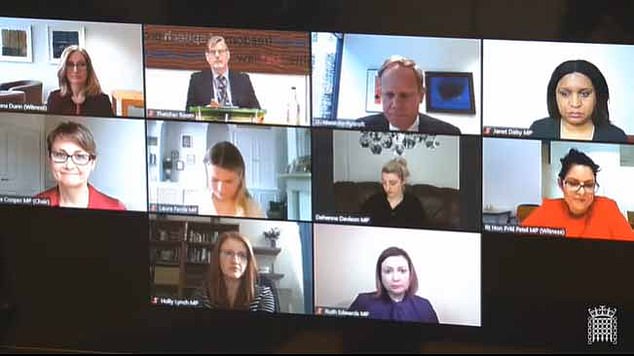 ‘The police funding settlement for 2020/21 set out that £168m of the additional funding for recruitment this year would be ringfenced and paid to forces quarterly upon proof of recruitment and expenditure on associated costs.

‘In light of the circumstances, we have agreed that half of this funding (£84m) will be “repurposed” to allow for expenditure on both Covid-19 related pressures and continued Police Uplift Programme recruitment activity.’

‘I remain highly confident, despite Covid-19, that we will deliver on this year’s commitment to recruit 6,000 new officers,’ he continued.

‘This decision is intended to provide police with the flexibility they need now. At the end of six months we will review whether continued flexibility is required.’

MailOnline has contacted the Home Office to establish how the Government now plans to spend £84million of cash meant for recruitment.

The decision to spend around half of the money earmarked for recruitment to cover ‘extra lockdown costs’ may give Boris Johnson, who swept to power in December on the vow to tackle violent crime, a major headache in the future.

Up to 6,000 additional officers have been allocated in the first wave of recruitment and will be shared among the 43 territorial police forces in England and Wales.

£84million now due to cover ‘coronavirus costs’ would otherwise have been used to help recruit the extra 20,000 officers promised by Mr Johnson.

It is understood UK policing will need all the help it can get in the war against knife crime, which surged by 7 per cent last year from 2018.

This amounts to an average 125 knife-related offences per day in 2019, and is 49 per cent higher than when comparable recording began in 2011.

ONS data does not include offences recorded by Greater Manchester Police (GMP), implying the true number of cases is higher.

Meanwhile, Home Office figures for last year show that only one in every 14 offences committed last year led to court proceedings – less than half the rate in 2014-15.