A far cry from The Young Ones! Luxury student flats with en-suite bathrooms, gyms and cinemas open in Surrey, Nottingham and Loughborough after £225million development

For years student accommodation was known best for the grubby carpets and stained sofas of dingy dives portrayed in television sitcoms like The Young Ones.

But the next generation of learners can now enjoy a £225million pampered lifestyle a world away from the stereotype of undergraduate poverty – decked out with karaoke rooms, sky lounges and private dining rooms.

These photos were taken inside the new state-of-the art Guilden Village, a short walk from the University of Surrey in Guildford, and two sister developments, The Vantage in Nottingham and Luxurio in Loughborough. 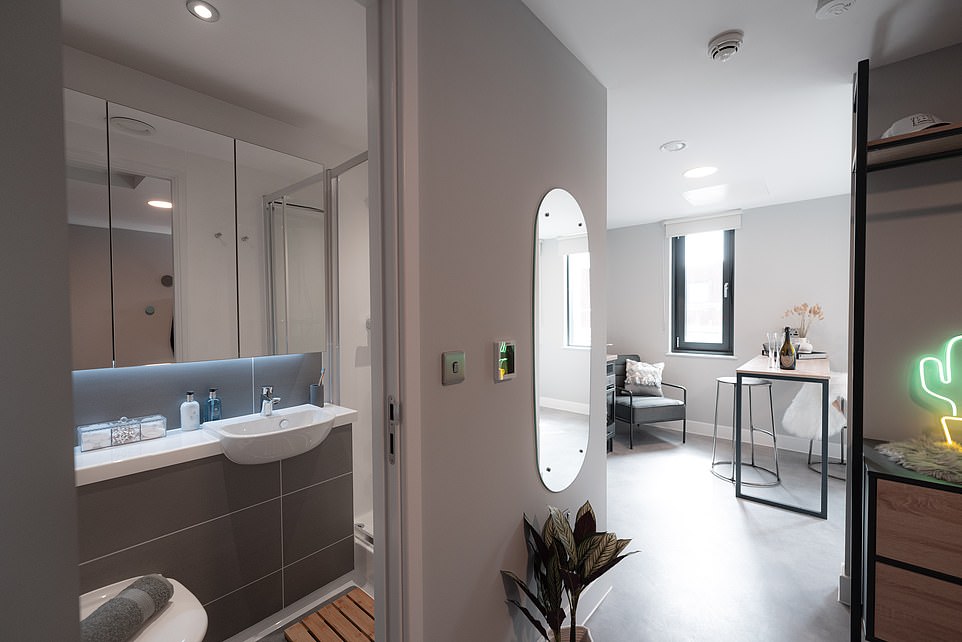 These photos were taken inside the new state-of-the art Guilden Village, near the University of Surrey in Guildford 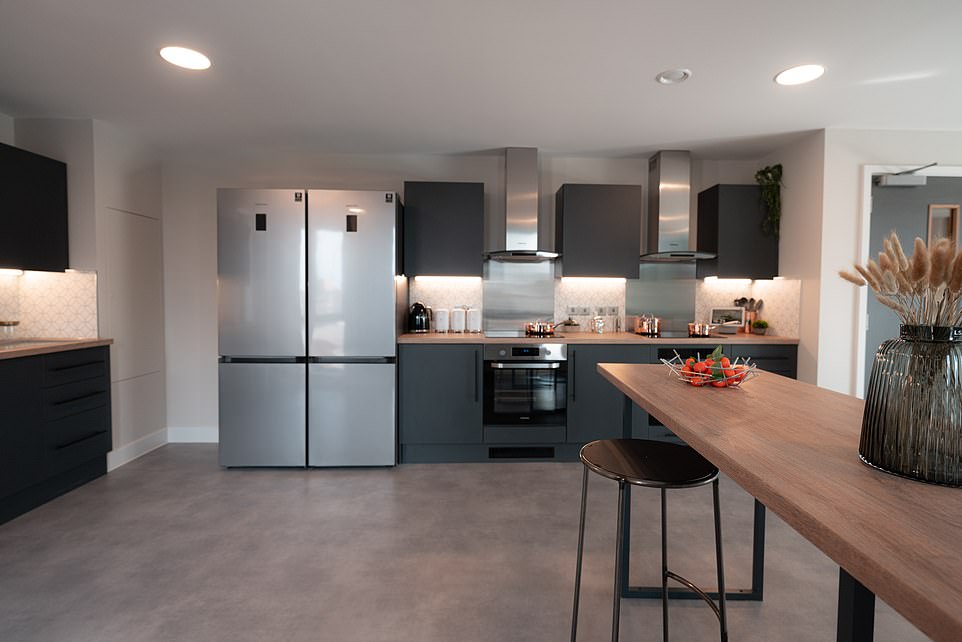 New developments — worth around £225million — will accommodate 1,500 students and are based in three UK locations Flashy build-to-rent student accommodation means urban landlords now face stiff competition for tenants, who can actually save money choosing premium PBSA like this over often neglected HMOs. That’s because students don’t have to pay over the summer months, with rental agreements lasting 44 weeks instead of the 51-weeks typical of private landlords.

This means over the year that a student at Guilden Village would save nearly £3,000, paying around £8,750 for a luxury room compared with over £11,500 for a room in a shared house.

Last year, 22 per cent of all commercial real estate investment was purpose built student accommodation with investment topping £6billion, according to JLL. So far in 2021 that figure has jumped to 36 per cent. 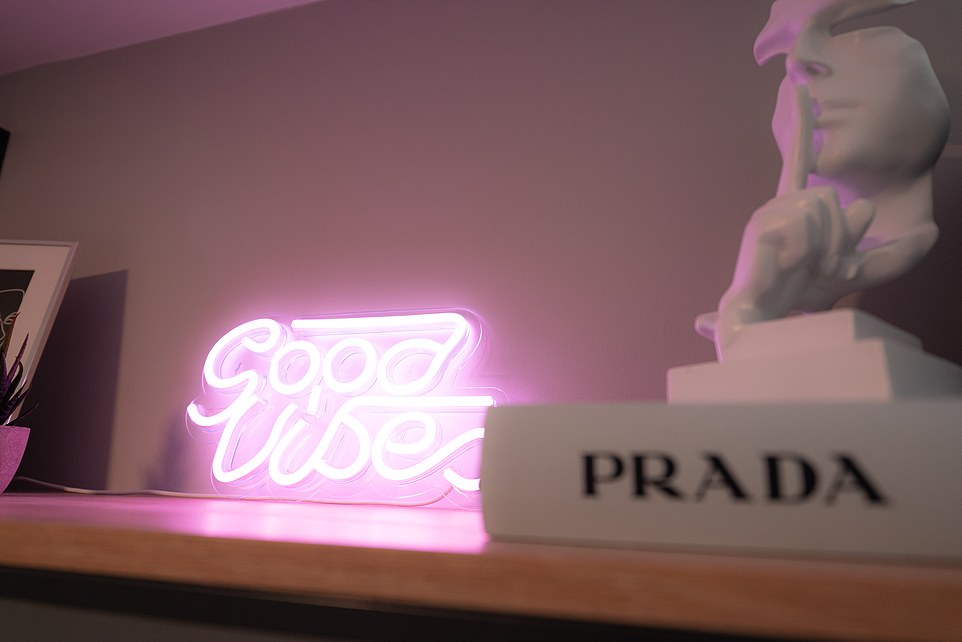 An air-conditioning system even isolates air and uses an anti-bacterial filtration system in some rooms, which have neon art 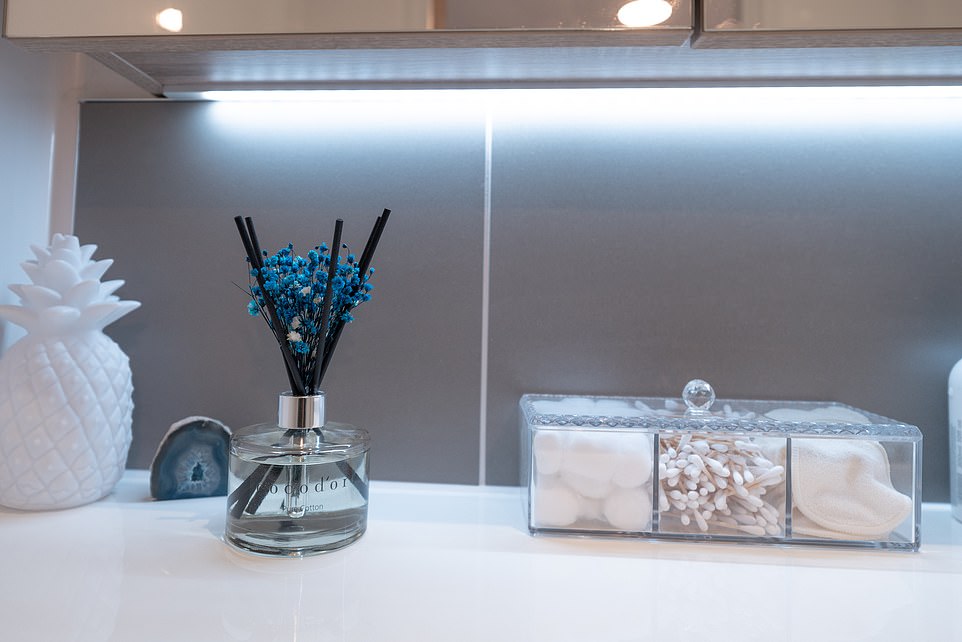 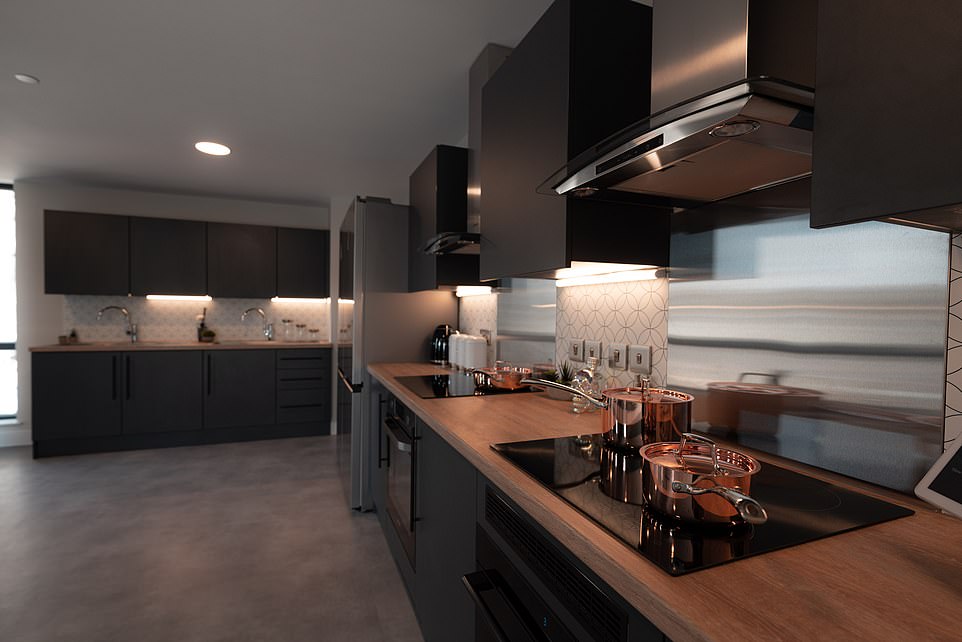 Future Generation’s three new developments — worth around £225million combined — will accommodate 1,500 students in a mixture of private studios and en-suites.

The Guildford development — with views over Stoke Park — has been described as the “jewel in the crown” of Britain’s booming PBSA sector.

The building’s air-conditioning system even isolates air from individual rooms and uses an anti-bacterial filtration system.

“They want gigabit internet, top-of-the-range furnishings, mod-con appliances and communal spaces to chill out in the evenings.

“No one wants to be in a damp terraced house anymore with peeling wallpaper and a creaky bed.

“Parents too are taking an interest like never before.

“We’re finding demand is off the scale despite the pandemic. A lot of landlords who grew complacent over the years are going to struggle now.

“Too many of them took their student tenants for granted for too long, and now the chickens are coming home to roost.

“In this business, you either evolve or you get left behind.”

Overseas investment in PBSAs remained healthy during the pandemic despite an earlier squeeze on development finance in other sectors.

Mr Southern said: “The figures speak for themselves: it’s estimated there are three students for every PBSA bed in the country, so there’s still plenty of room to grow.

“Even in the darkest days of the pandemic we never found the appetite for investment drifting.’