Price rises on groceries will continue eating into household budgets for the rest of the year, with the war in Ukraine, fuel costs, labour shortages and weather disasters inflicting “unprecedented” havoc on food supply chains. 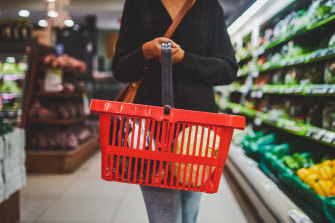 The price pain is expected to continue well into next year.Credit:iStock

Consumers should also get used to more items being unavailable on supermarket shelves as farmers scale back operations due to soaring costs.

Cosimo Patti, from family-owned La Manna Fresh grocers in Brunswick, said he had never seen the market so constrained.

On Tuesday morning, for the first time in decades, La Manna was unable to stock strawberries. On Monday, the grocer could source only two boxes of broccolini, rather than its usual eight to 12.

“Everything we sell, we’ve got a shortage of,” Patti said.

Although berries are dearer due to the weather, the average price of fruit has dropped in the past year around the country, mostly due to the oversupply of apples and avocados. Citrus, pears, potatoes, pumpkins and bananas are also still readily available.

Rabobank senior analyst Michael Harvey said he expected the price pain to continue well into next year, mostly due to the invasion of Ukraine.

Globally, the price of fuel, fertiliser, chemicals and grain have all gone up, and food supply has been worsened by labour shortages caused by COVID-19 and reduced migration into Australia.

“There’s certainly elements of what’s going on at the moment that you’ve seen in the past,” Harvey said. “But I think it’s fair to say the number of seismic events happening all at once is quite unprecedented.”

Harvey said some fruit and vegetable prices could soften once the impact of rain and floods in Queensland lifted.

AusVeg spokesman Tyson Cattle said Victoria typically relied on Queensland producers during the colder months, but paddocks remained sodden in productive regions, meaning farmers could not harvest or plant new crops. Wet weather has also closed roads for transport. Fuel costs had almost doubled in the past year, driving up the cost of running machinery on farms, Cattle said. High fuel prices meant transportation costs at every level of the supply chain had increased.

Cattle said costs to growers increased 35 to 45 per cent in the past year and the price of fresh produce was likely to remain high. 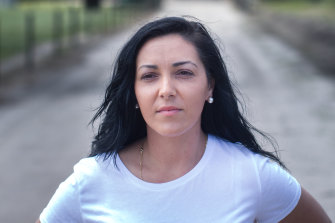 Victorian Farmers Federation president Emma Germano said many farmers were still not covering their production costs and consumers were likely to see more shortages. “I think we’re going to see more of that as we go on,” she said. “It’s inevitable prices are going to rise.”

She said some farmers had started scaling back production because of the pressures.

John Droppert, an analyst for Dairy Australia, said some dairy goods might be 10¢ or 20¢ higher than prices supermarket shoppers expected. He predicted they would keep rising, with milk and butter the worst affected so far.

The industry expects retail meat prices will drop next year as more supply becomes available, but Hutchinson said worker shortages may derail the anticipated price drops. “We’re hearing of meat processors who are buying motels to house people [to work] in rural Australia,” he said.

Groceries at supermarket giant Woolworths increased by an average of 2.7 per cent in the most recent quarterly results, revealed this month.

And it is not just fresh food that is affected. Tissues have been hit by the same shortages and transport costs. A spokeswoman for Kimberly-Clark, which makes Kleenex, said demand for toilet paper and tissues was still higher than pre-pandemic levels.

Sharon Napoli, owner of Napoli’s Quality Fruit Market in Williamstown, said supply issues had become particularly noticeable in the past month. Asparagus had been of such poor quality that she did not order stock, and broccolini had been tough to source. Parsnips previously cost $6.99 a kilogram but were now $13.99, she said.

Heidelberg fruit and vegetable delivery service the Green Green Grocer recently increased its prices after holding them through the COVID-19 lockdowns.

“I think the biggest contributing factor to [the] cost of fresh food going up, for us, would be the flow-on effect of transport costs,” co-owner Patrick Parsons said.

“We have recently had to increase our prices to reflect the change in the market. Most customers are understanding, but it cannot be easy for them too.”