The UK’s vaccine programme is a shot in the arm for the nation – but this vital effort is only possible thanks to a highly organised chain of scientists, businesses, NHS staff, military personnel and volunteers.

Vaccination is the most effective way of ending the coronavirus pandemic and restoring the economy, and the speed at which the UK has rolled out its programme has to make it one of its most impressive mobilisations ever. 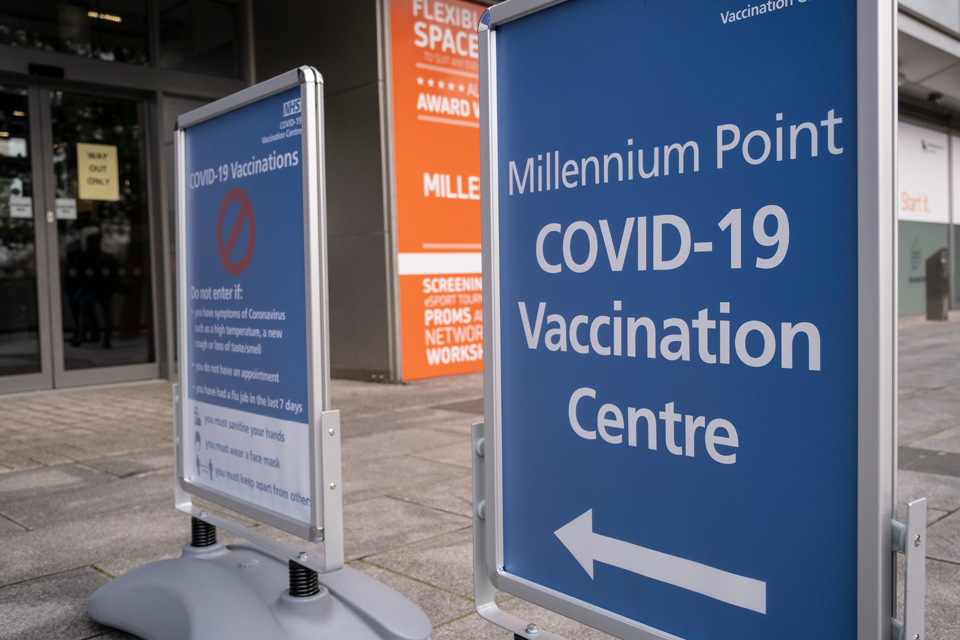 The UK Government is aiming to offer everyone in the first four JCVI priority groups a first dose by mid-February: people in care homes, over-70s, frontline health and social care workers and those who are most in need.

The journey from lab to jab began last year with the approval of two vaccines, from Pfizer and AstraZeneca.

A third vaccine from Moderna was recently given the green light. More are on the way, including one from Novavax, which just announced 89 per cent efficacy in trials.

The UK has already secured 60 million doses of its jab, to be made on Teesside.

Millions of doses are currently being produced in plants in the UK including Oxford BioMedica and Cobra Biologics in Staffordshire. They are then shipped to other plants that “fill-finish” the batches into phials for individual shots.

Staff at the Wockhardt plant in Wrexham, which has experienced flooding, worked over Christmas to ramp up production.

A key link in the chain has been the establishment of vaccination sites. Hundreds of GP surgeries, pharmacies and hospital hubs across the UK have swung into action with more than 50 large vaccination centres. 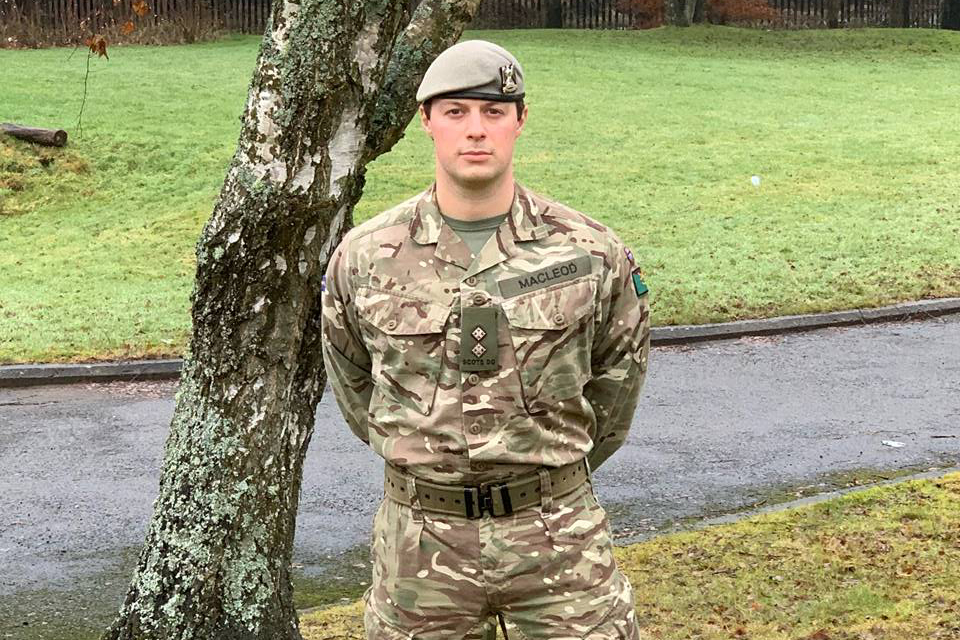 Calum MacLeod is just one member of the armed forces playing a vital role in the vaccine programmeCalum MacLeod, 27, a lieutenant in the Royal Scots Dragoon Guards based in Leuchars, Fife has been helping to find and prepare those centres.

He says: “We have been doing anything from helping to lay flooring, to moving chairs and tables around. Every single organisation, whether that be NHS Scotland, the military, local authorities or contractors, is bringing its own expertise. The Army brings organisational capacity and good attitude. It’s a vast effort by everyone involved.

“My soldiers are motivated and happy to be helping communities across Scotland. When we take off the uniform at night, we are normal people and we want to get back to our regular lives – going to the pub at weekends, meeting friends in restaurants or parks. Girlfriends, wives and families have all been split up by this. We just want to get everything back on track and we’re more than happy to do our bit.”

Many of the biggest sites have been set up with assistance from the armed forces. Another of the many personnel involved is Lieutenant Commander Ruth Fleming, 46, a Royal Navy reservist who works at the University of Swansea.

She was deployed to Brecon Barracks to help execute Military Aid to Civilian Authorities requests – arranging food, travel, lodgings and social distancing precautions for soldiers setting up the testing and vaccination centre in Merthyr Tydfil.

“The military are can-do people,” she says, “and that particularly applies to logistics.” 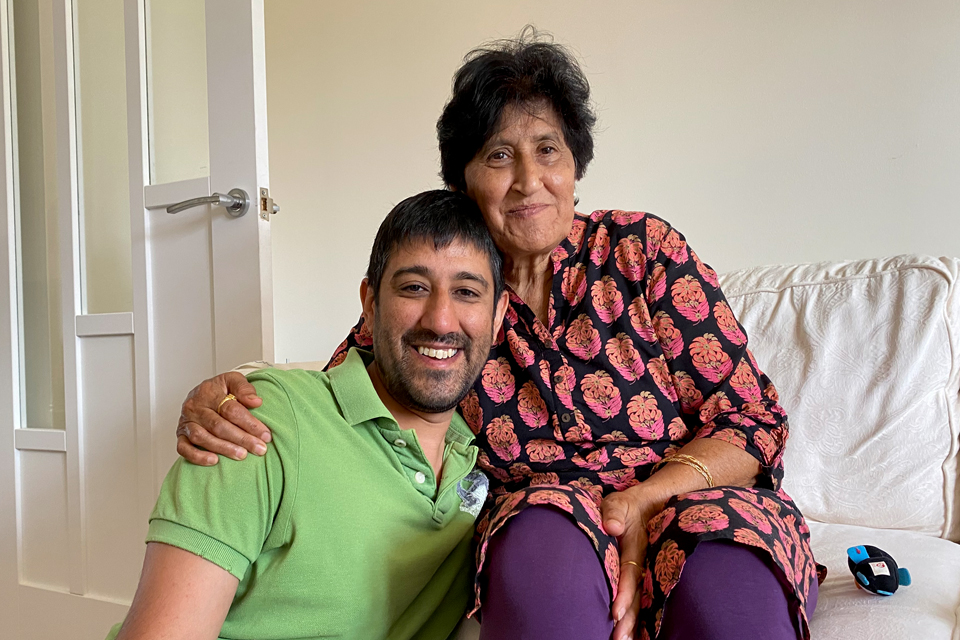 Then there are the volunteers. Rajan Bindra, 44, an aviation consultant from Slough, signed up to The Sun’s Jabs Army campaign. He managed the car parks at Salt Hill Activity Centre, which became a vaccine centre in the Berkshire town.

“The Sun’s Jabs Army is such a great idea and I saw this incredible community spirit in action,” he says.

“I was working with school teachers and young people on furlough. You name it, they were there and it made it really special.”

Rajan was there when his 80-year-old mother Surindira drove in for her jab. “When she arrived I looked at her and thought, ‘Do I need to ask for her ID?’ I did anyway.

“She asked if I could park her car for her – I had to tell her that we weren’t offering a valet service!”

Deirdre Webb, 57, from Belfast, is the director of nursing at the Public Health Agency Northern Ireland, which is managing the care home rollout.

She says: “People have been so emotional, it’s quite touching – this jab evidently means a lot.

“You don’t hear enough about the house porters, drivers and cleaners at our large clinics, who allow us to work more effectively.

“They have done a massive job, along with the huge volunteer workforce helping people get to clinics. They are all unsung heroes.”

To vaccination doubters, Deirdre adds: “People need to look at the hard evidence, because a lot of the myths around the vaccine have no foundation in the actual clinical trials.” 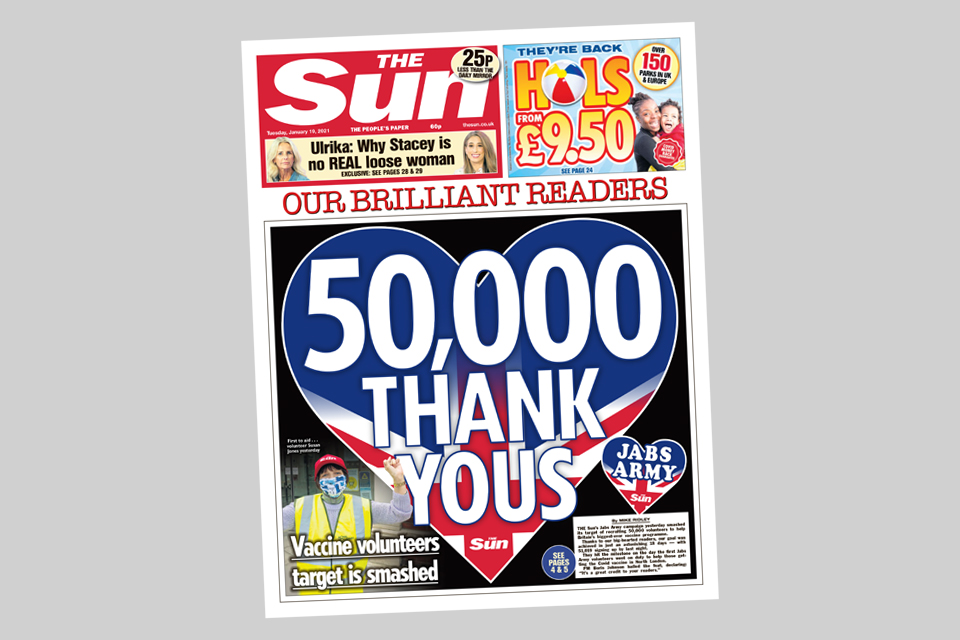 The vaccine campaign may be up and running, but there’s still time to do your bit by signing up for The Sun’s Jabs Army campaign.

The appeal for volunteers to help with the UK’s mass vaccination programme received overwhelming support when it was launched earlier this month with more than 50,000 people signing up in just 18 days.

Now we are asking for more volunteers to join a “reserve army” to help the vaccination programme continue throughout the summer. You need to commit to just two six-hour shifts a month at a vaccination service, and no experience or qualifications are required.

For more, go to nhsvolunteerresponders.org.uk

Meanwhile, RAF musician Corporal Sally Woodcock, 34, is currently working at a vaccine hub in Powys, taking bookings and looking after members of the public post-vaccination.

“I had one lady who was just so pleased that we were there and helping,” she says. “People are holding us in such high regard and it’s lovely to see.”

Because of her role, Sally has herself been vaccinated. “It’s absolutely painless,” she says. “It’s nothing to be worried about and it made me feel more confident to be around everybody.”

Getting a variety of safe vaccines out into the world is crucial, says Professor Paul Heath, 58, principal investigator on the UK arm of the Phase 3 Novavax trial, based at London’s St George’s Hospital and involving 15,200 participants.

“We need lots of vaccines because we have a lot of people to vaccinate around the world. Hopefully all will prove effective and safe, but there may be different degrees of efficacy. It may be that some vaccines are better in different groups of people.

“By vaccinating a large portion of our population, we will stop transmission to those who can’t be vaccinated – and we can all return to the lives we had and do all of the things that we once did.”

With more than 12 million people vaccinated in the UK at a rate of almost 250 per minute, this is easily the biggest vaccination programme in NHS history. It will continue throughout the year, moving through the various groups.

It’s worth remembering that we are the final link in the vaccination chain. We must all play our part – getting the jab that everyone is working so hard to provide.