None of your business! A VERY nosy neighbor gets her head stuck in the metal bars of a door for FIVE HOURS and has to be freed by firefighters after spying on the home next door

These images will serve as a warning to any busybody looking to spy on their neighbors.

A woman in the western Colombian area of Risaralda got her head stuck in the metal bars of a door last Saturday as she tried to spy on the home next door.

The intrusive neighbor spent five hours with her head shoved through the iron bars before firefighters arrived at the neighborhood of La Virginia and freed her. 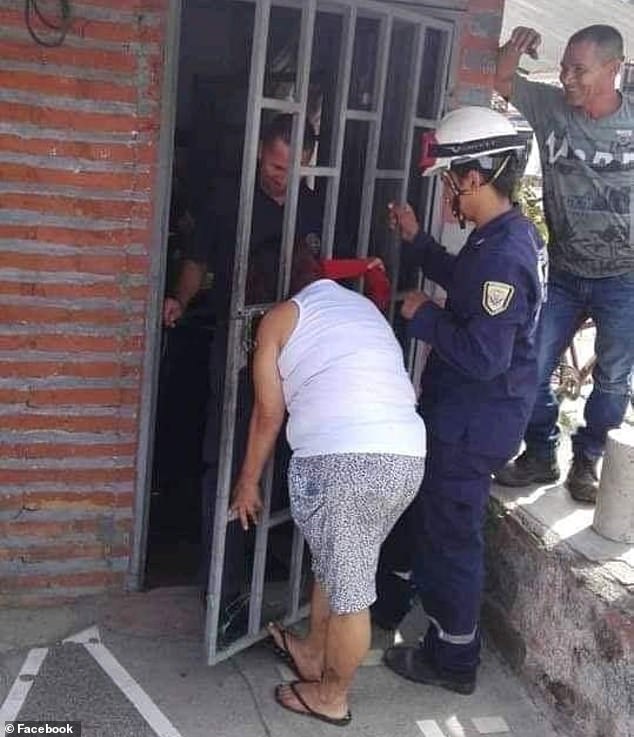 A fireman (standing behind the door) and a resident (right) try to contain their laughter after a woman in Risaralda, Colombia, got her head stuck for five hours between the bars of the entrance door to her neighbor’s home last Saturday 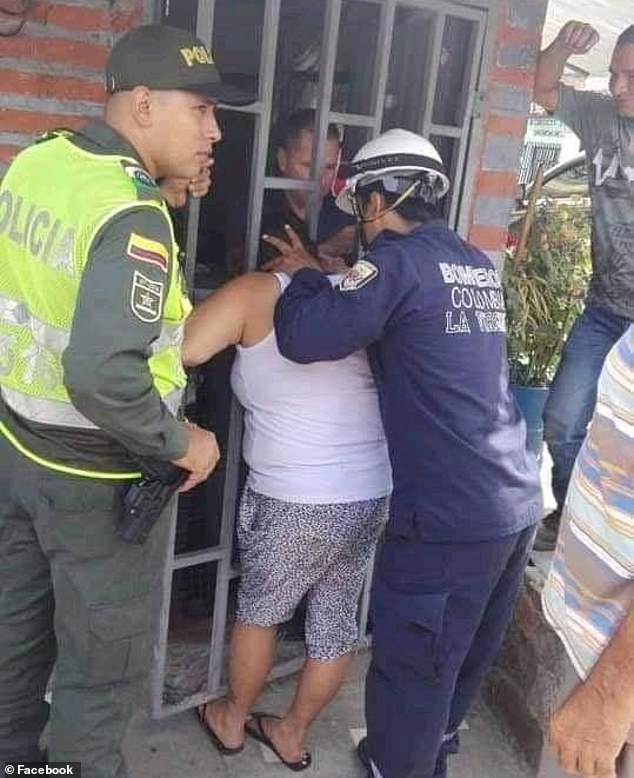 Snaps from scene showed one fireman smiling as he held on to a rag that was positioned between the side of nosy woman’s face and a bar to try and free her. Another man is also seen looking on and laughing.

A second image from the rescue showed how the firefighter is carefully applying pressure to the woman’s head as a police officer keeps the door from swaying back and forth.

The curious woman was eventually freed. The images have since goneviral.