A dam in Brazil that held back mining waste has collapsed, inundating a nearby community in reddish-brown sludge and leaving an estimated 200 people missing.

Parts of the city of Brumadinho were evacuated, and firefighters rescued people by helicopter and ground vehicles. 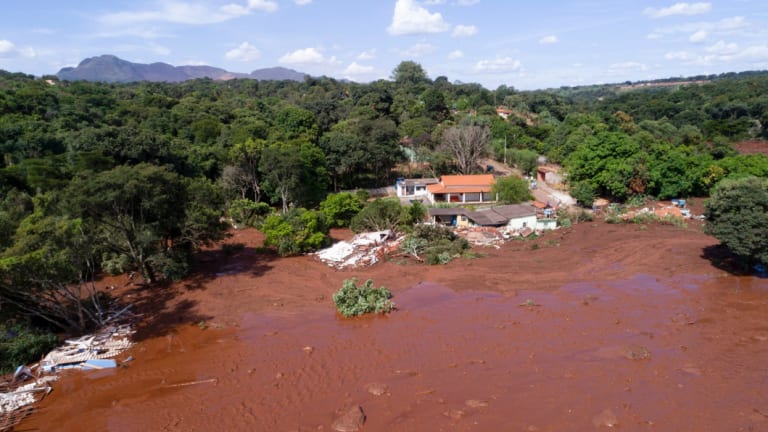 An aerial view shows flooding triggered by a collapsed dam near Brumadinho, Brazil, on Friday.Credit:AP

Local television channel TV Record showed a helicopter hovering close to the ground as it pulled people covered in mud out of the waste.

Photos showed rooftops poking above an extensive field of the mud, which also cut off roads. 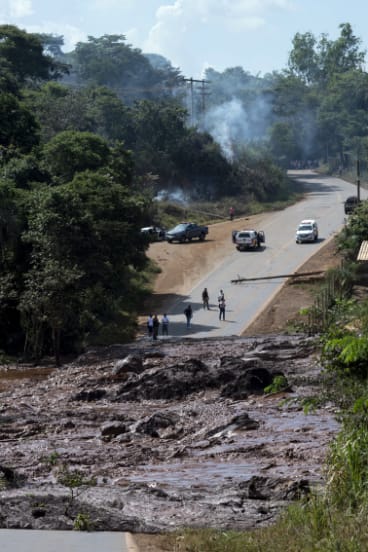 A road is blocked due to the collapsed dam, which has left 200 people missing.Credit:AP

The flow of waste reached the nearby community of Vila Ferteco, and an administrative office for Brazilian mining company Vale SA, where employees were present, which "indicated the possibility of victims", the company said in a statement.

There were no official reports of deaths, but the state fire department said that about 200 people were missing. The company said it did not have any further information.