An accomplice who accepted a plea deal over a deadly 2010 robbery at a Minneapolis supermarket recently claimed that he framed Mahdi Hussein Ali, lying to police that his former friend was the masked gunman seen in surveillance footage gunning down two clerks and a customer.

Ali, who was a teen at the time of the robbery, is serving three consecutive 30-year sentences.

Testimony from two other teenagers helped secure his conviction for the murders of three men during a botched robbery on Jan. 6, 2010, inside the Seward Market on Franklin Avenue, that rocked Minnesota’s Somali American community.

As part of a plea deal, Ahmed Shire Ali, then 18, admitted to being an accomplice in the robbery and testified that Hussein Ali was the masked gunman seen on surveillance footage slaying three people. Shire Ali was sentenced to just 12 years and is due for release next year.

Hussein Ali will be 107 years old by the time he is due for release. 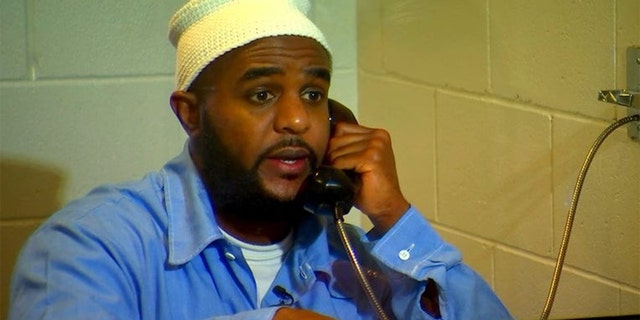 In a new interview with Fox 9 Minneapolis, Shire Ali, who remains jailed at Oak Park Heights Prison in a separate unit than his former friend, admitted to framing Hussein Ali – and claimed the gunman was a different person who has since passed away years ago from the drug overdose.

“I feel guilty about that,” Shire Ali told the station. “I was protecting someone else. And he [Mahdi] ended up taking the fall for something he didn’t end up doing… I was young at the time. I had a lot of people in my ear, close family friends, closer than Mahdi. He ended up becoming the scapegoat.”

The two are not related despite sharing surnames. Also brought in for questioning hours after the shooting, Shire Ali and his cousin, Abdisalan Ali, pinned the crime on their classmate. The three were smoking marijuana and riding around Minneapolis earlier that evening, and Hussein Ali lived with his grandmother in the Riverside Apartments across the street from the market.

“You got two cousins saying I was with him, and he did it, not framing each other, but rather framing me,” Hussein Ali told the station. “I hope they find answers. But, I’m not the one.”

“I was labeled a cold-blooded killer,” he told Fox 9 Minneapolis. “Someone who didn’t care about what happened. But, I really do pray for them every day.”

Surveillance footage shows two masked individuals walk into the store around 7:44 p.m. Just one of the suspects is armed.

Two store clerks, Mohamed Warfa and his cousin Osman Elmi, are ordered onto the ground. The unarmed accomplice goes to the back of the store to rob two customers, who later lock themselves in a freezer. But another customer, Anwar Mohammed, soon walks into the market, startling the gunman who shoots him once in the head. Warfa lunges at the gunman, who shoots him as well.

The two suspects run out of the market, but as Elmi gets up and dials 911, the gunman returns and shoots and killed him. He fires another round at Mohammed dying on the floor being fleeing again.

Mahdi Hussein Ali was a teenager at the time, between the ages of 15 and 17, according to conflicting U.S. Immigration and dental records and a Kenyan passport previously examined by the court to determine whether he would be tried as a juvenile or an adult. He was ultimately tried as an adult.

Hussein Ali said he came to the U.S. as a Somali refugee. He was living in Nairobi, Kenya, when a friend died tragically and the boy’s grieving parents convinced him to assume their son’s identity. The adults who promised to care for him split after arriving in Minneapolis, and Hussein Ali said he grew up on the streets and in different group homes, shoplifting to get by.

Hennepin County Judge Peter Cahill – who gained notoriety this year for handling the trial of former Minneapolis police Officer Derek Chauvin, convicted in April of the unintentional murder and manslaughter of George Floyd – previously sentenced Mahdi Ali to life. After a separate Miller vs. Alabama U.S. Supreme Court ruling decided life sentences for juveniles could be unconstitutional without weighing the potential for young offenders to be rehabilitated, Cahill was forced to amend his sentencing for Mahdi Ali. The Minnesota Supreme Court upheld the conviction twice.