German TV actress who stripped off in the road in front of two men, not knowing they were plain-clothes cops, is fined €300

A German actress famous for playing a nun in a TV show has escaped with a 300 euro fine after she flashed two plain-clothes police officers in a car park.

Antje Mönning, 40, flashed her bottom and genitals ‘on a whim’ to three men in a car in Jengen, Bavaria, southern Germany in June this year.

However, she was unaware that the men were police officers carrying out a traffic control, and that they caught her on camera.

Ms Mönning was fined 1,200 euro last month and found guilty of public indecency, but on Tuesday her lawyers reduced the fine to 300 euro on a charge of ‘deliberate harassment of the general public,’ according to Bild. 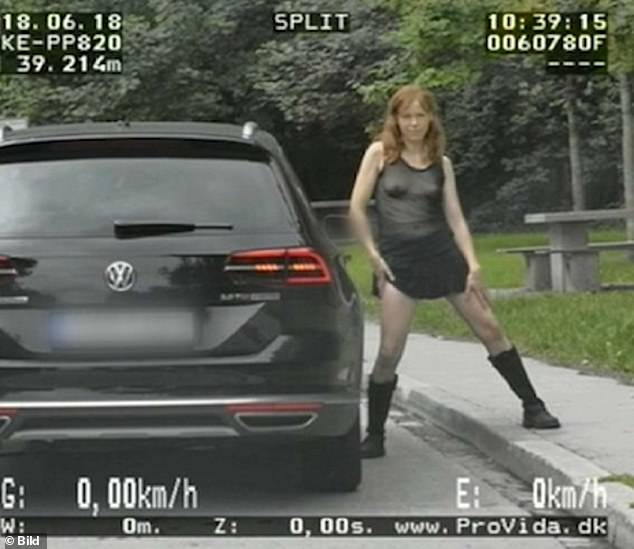 Exhibitionist: Ms Mönning, seen wearing a see-through top and skirt with no underwear, flashed her bottom and genitals to the car behind her – not knowing they were police officers 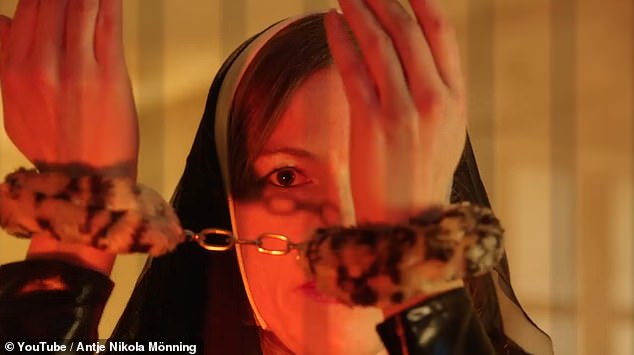 Ms Mönning’s video plays on her former role as a nun and asks: ‘Do we want human beings or masks from the factory of social norms? Are we finally free-minded, or are we moving back in time?’

Ms Mönning is best known to the German public for playing young nun Jenny in sitcom Um Himmels Willen – For Heaven’s Sake – from 2007 to 2009.

After her last court appearance she told Bild, the decision to get out of her car and perform the bizarre striptease show was a spur-of-the moment decision.

She also made a provocative video on YouTube in which she raps about her experience with the police: ‘Show your breast, show your fou fou! And keep smiling at the hard-working police officers. If you´re lucky they will film you, so you´ll be famous soon.’

She vowed to fight against the decision and she has lived up to her word.

In court one of the traffic cops said: ‘I felt annoyed, it looked like stretching.’

He also commented her attire looked cheap and tacky. 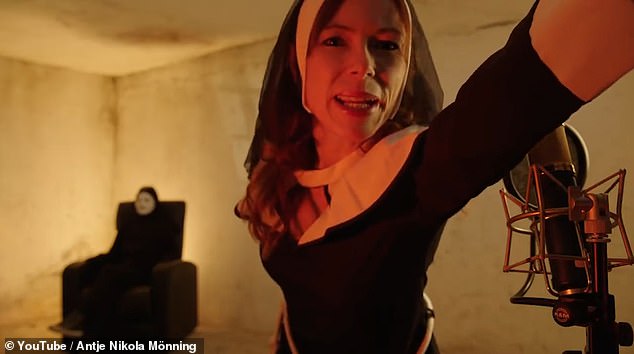 Ms Mönning’s provocative YouTube rap features the lyrics: ‘Show your breast, show your fou fou! And keep smiling at the hard-working police officers. If you´re lucky they will film you, so you´ll be famous soon.’ 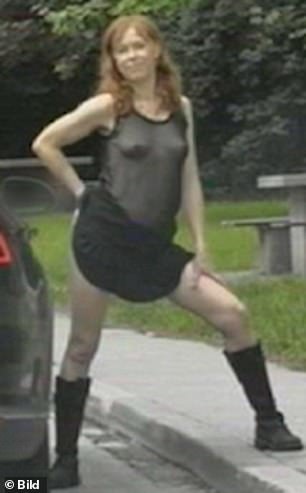 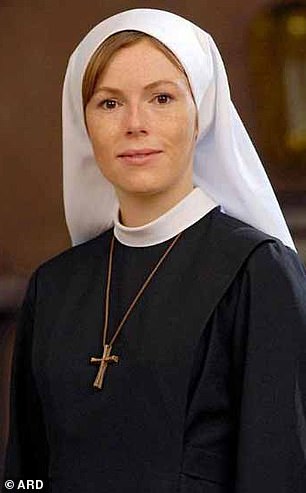 Stark contrast: German actress Antje Mönning, 40, exposed herself to a car with three plain-clothes police officers in a car park in Bavaria, southern Germany in June

The German tabloid reported that a truck driver, Hans-Joachim O. told the court, ‘Suddenly I saw the lady’s dance.

‘I did not feel bothered and not uncomfortable. The woman is not unattractive, you are watching, if you are a man!’

The actress was all smiles as she left court on Tuesday, after managing to cut her bill by 900 euros just in time for the Christmas shopping.

Ms Mönning provided a statement to the court which said: ‘I cannot believe it is a crime for a woman to show her body naked. We all came into the world naked. So should we sue God?’