A kitten in danger of losing all nine lives was saved when a cop luckily came along and plucked her from a cold highway median wall – and the creature repaid him by setting off the police siren.

The stranded feline was seen by Officer Jason Smith of the North Kansas City police department wandering along the jersey barrier wall on I-29 just before Christmas, according to KMBC News.

Smith requested help to slow down traffic in the area before exiting his vehicle to make his way toward the kitten. 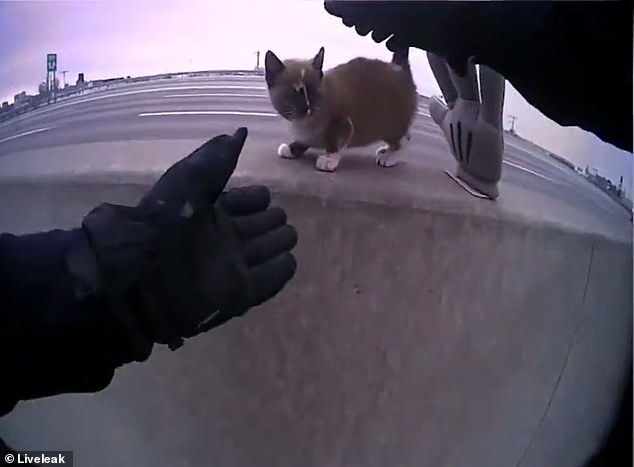 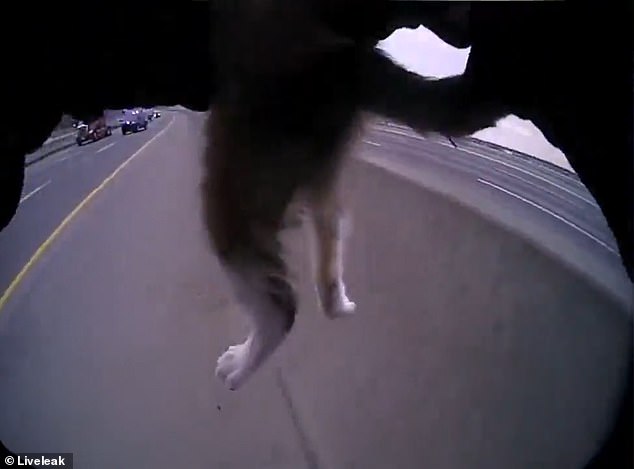 With his body cam switched on, Officer Smith slows traffic in the area and is able to retrieve the yowling little cat

The cat, perched near a Mickey Mouse hand left on the median, begins wailing as Smith approaches.

When Smith gets the unhappy critter back into his warm patrol car, he radios that the cat’s been retrieved and that traffic can open up again.

The curious kitty gratefully accepts scratches and pats from the gloved officer, but when he’s placed to the side as Smith buckles in, the wandering paw of the cat sets of the patrol car’s siren.

‘Sorry,’ the officer apologizes after shutting off the wailing noise with a laugh to no one in view. 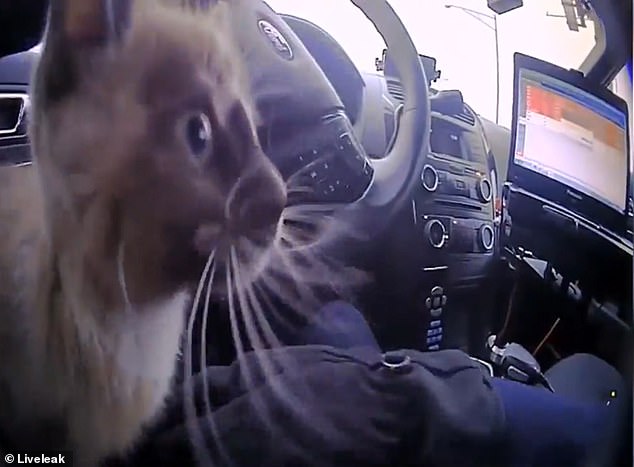 Inside the patrol car, the kitty begins to calm down and become curious about her new surroundings 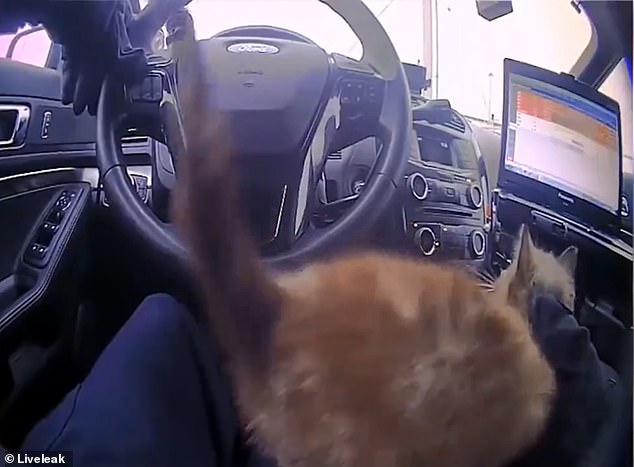 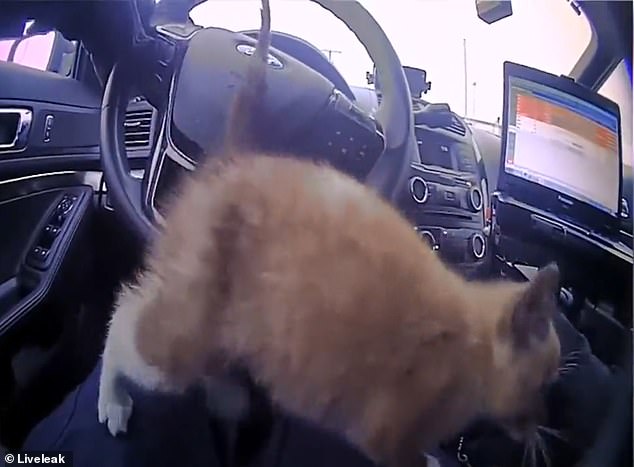 The cat’s curiosity does eventually lead her to paw some cruiser controls setting of the siren at some point, to Smith’s amusement

At one point, Smith radios in that the cat is ‘pretty friendly and grateful’ before heading back to the police station.

The kitten ended up going back with Officer Smith to his home in the end, as Smith’s family adopted the cat, now named Bella, after a requisite stay at the shelter.

According to Josh Smith, the police officer’s son, the family went back to the median to grab the Mickey Mouse glove hand, which had been a piece of debris left there for weeks, as a memento. 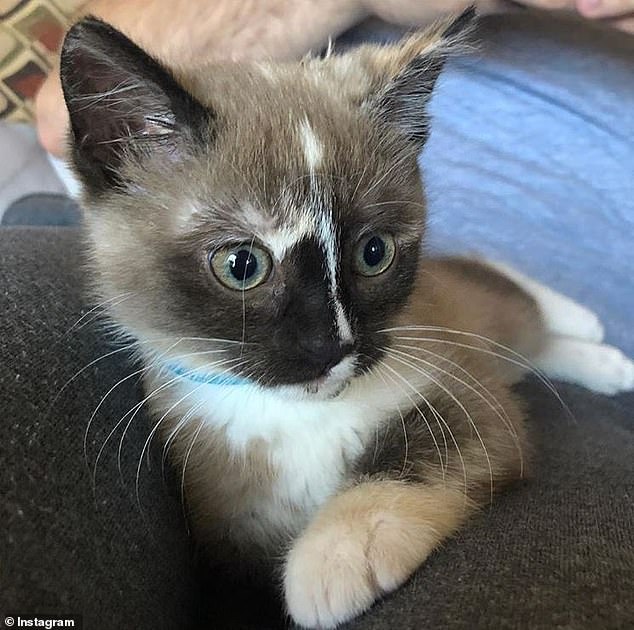