It’s pawing down! Adorable moment a Labrador jumps for joy after seeing rainfall for the first time in Cape Town

This is the adorable moment a dog saw rain for the first time and started jumping for joy.

Bella, a two-year-old Labrador Retriever lives in Cape Town, South Africa, which has faced a serious drought and she had never seen heavy rainfall.

So when the gutters began overflowing when the drought was broken, the young dog discovered just how much she loved water.

The hilarious footage shows Bella running through the rain open-mouthed and jumping up into it in a bid to get as soaked as she can. 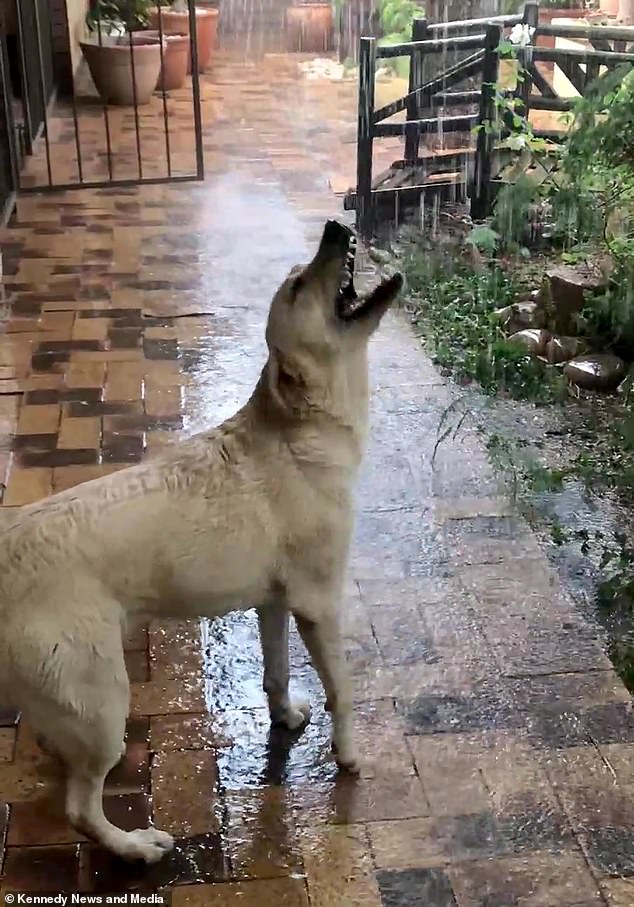 Bella, a two-year-old Labrador from Cape Town, cannot contain her excitement when she sees rain for the first time 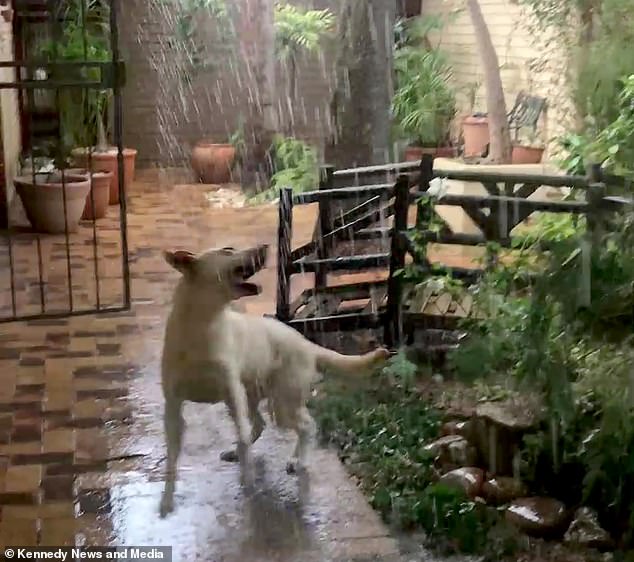 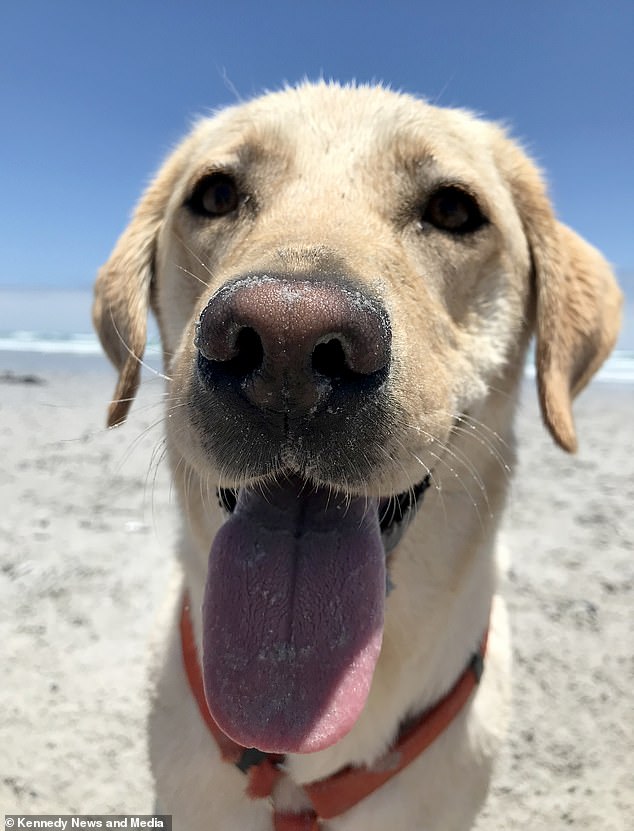 Owner Chandré Schell said: ‘She was as happy as the Capetonians were for the rain that day. Even the animals felt the joy of rain! I just had to film this amazing moment’

The cute video went viral on Facebook where it was shared and liked almost 11,000 times and viewed more than 400,000 times.

Owner Chandré Schell, from Durbanville, Cape Town, said: ‘It was so funny watching Bella run through the rain, you can hear that I can’t stop laughing in the video.

‘She was so excited. She’s an excitable dog anyway but she really loved this – she clearly loves the rain.

‘There was a very serious draught in Cape Town. We have not had a rainfall like that in a very long time.

‘She was just a puppy when we had her so this is the first time she saw rainfall.

‘The gutters were overflowing with all the rain and she was so excited about it. 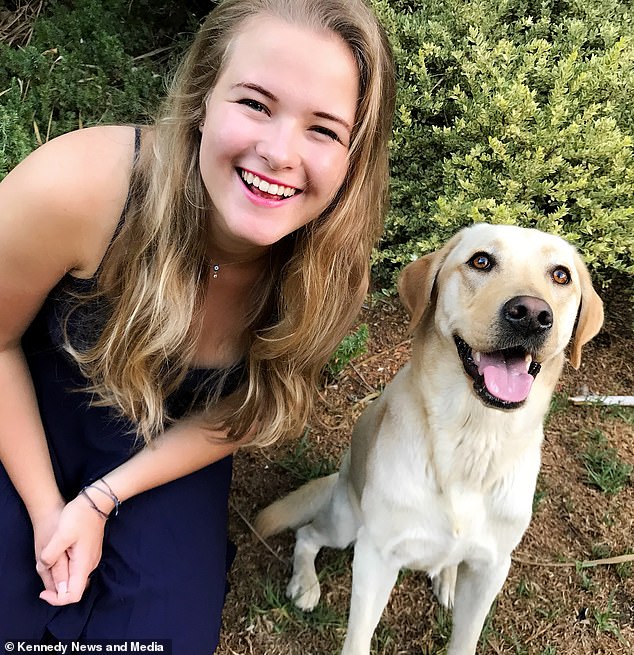 Chandré , from Durbanville, Cape Town, laughs throughout the video at her adorable dog 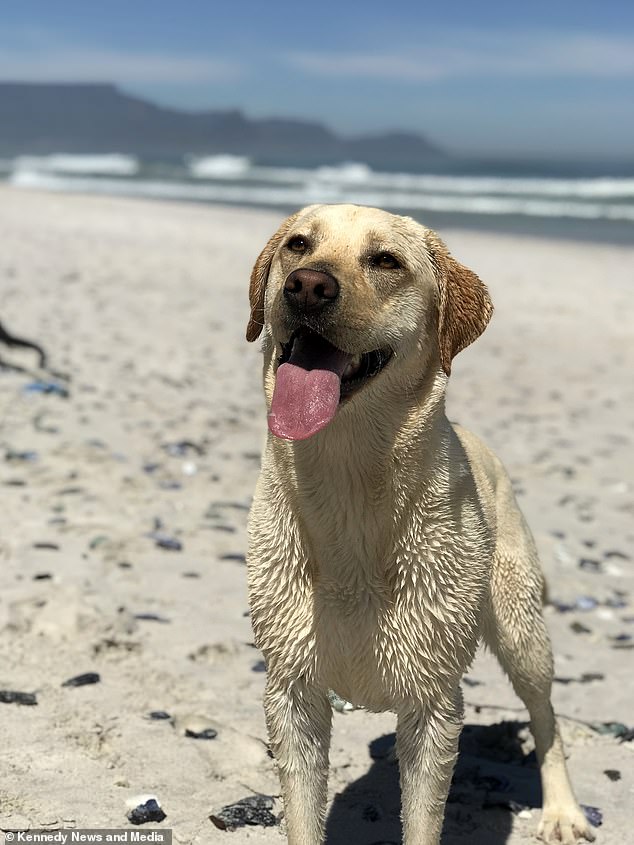 The video has gone viral on social media and it has been viewed 400,000 times on Facebook and liked 11,000 times 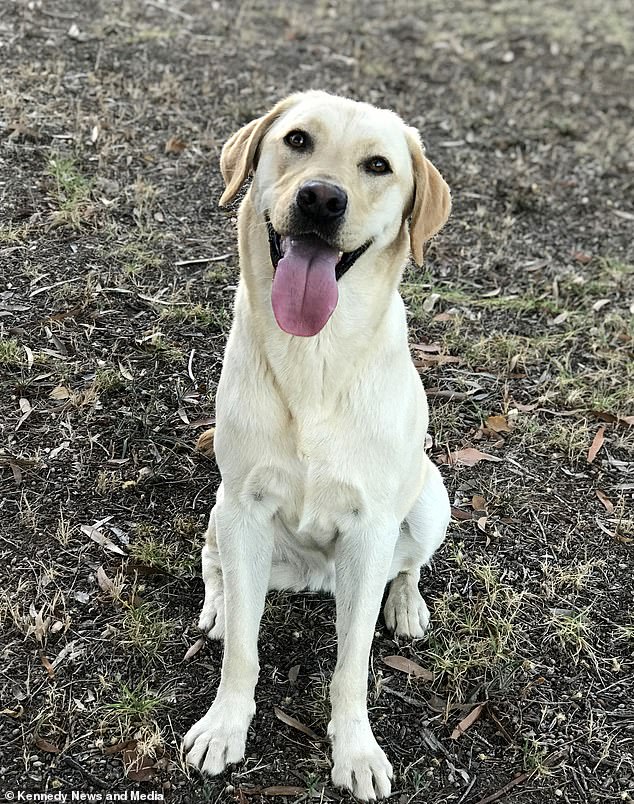 ‘She was as happy as the Capetonians were for the rain that day. Even the animals felt the joy of rain! I just had to film this amazing moment.

‘Our English Bulldog, Charlie, just sat at the door looking at the rain.

‘Even he was surprised but he wouldn’t go near the water.’

Student Chandré said she had been inundated with comments from people from across the world who fell in love with Bella thanks to her rain dance. 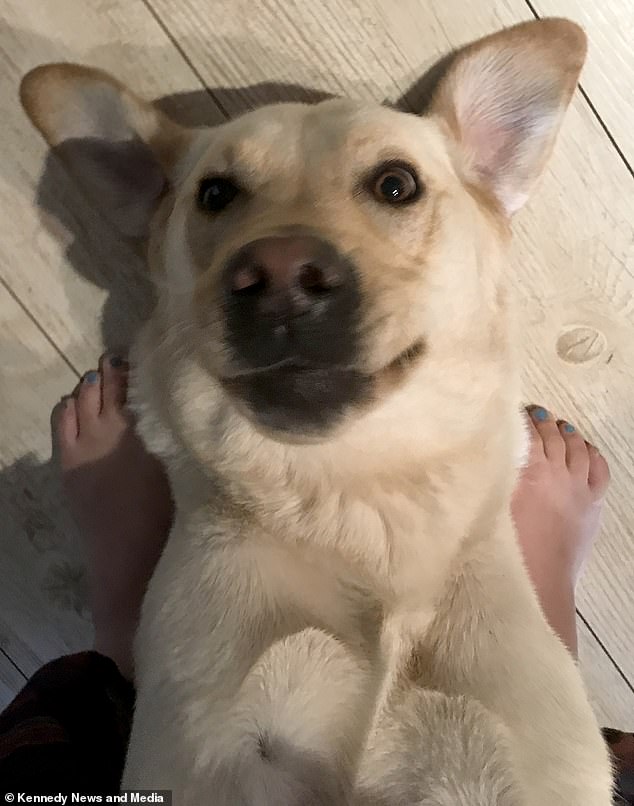 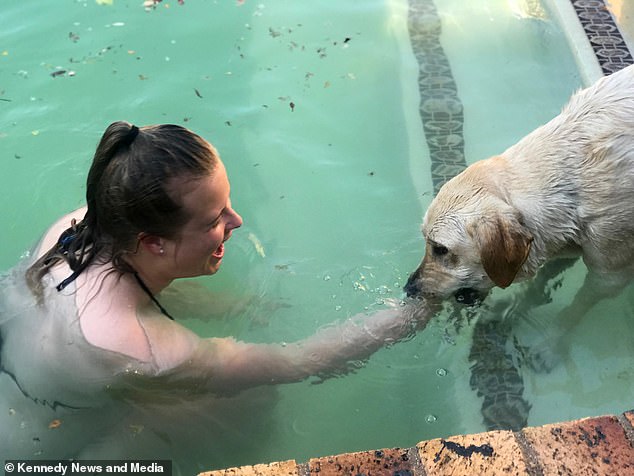 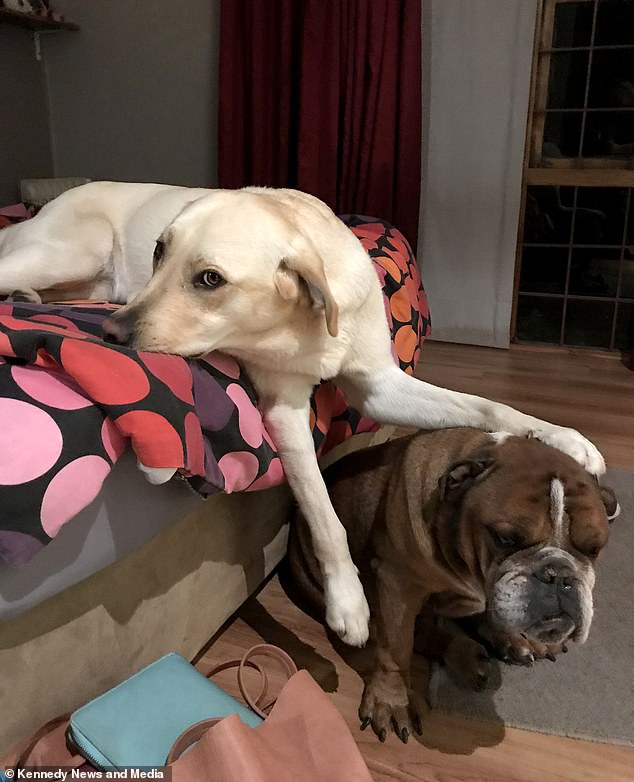 Chandré said: ‘I sent the video to my brother and mom and they sent it to their friends. Someone must have then put it on Facebook.

‘I couldn’t believe that so many people watched it – everyone loved it.

‘I got so many comments, people telling me it was priceless, that they thought Bella was so cute. Everyone seemed to think it was a lovely, joyful video to watch.

‘Bella is loved by all our friends and family. She is always a joy to come home to for weekends. Sometimes my friends come visit me only to visit Bella!’