A little girl has formed a heartwarming friendship with a horse who she takes for walks around her family’s farm.

Adorable footage shows the 15-month-old confidently pick up the reins and lead the horse for a walk along a farm in Macclesfield, rural Victoria.

The tiny tot happily strolls around the family’s homestead unperturbed by the huge size of her animal best friend. 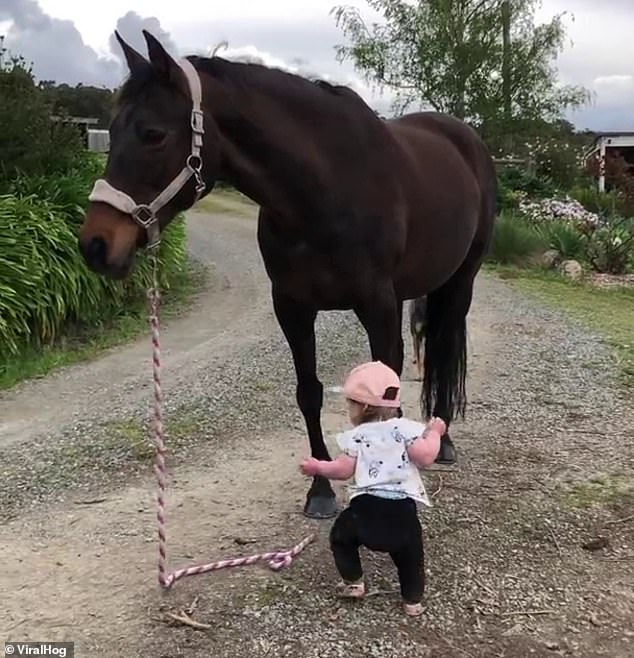 During their leisurely stroll the pair also capture the attention of the family’s two cattle dogs who curiously follow the pair.

‘I can’t stop watching this that horse is so sweet and so so calm and gentle that baby is absolutely adorable,’ one viewer wrote.

‘So cute. I love it,’ another commented.

‘That’s sweet, cute child, picked up that rein, and led that horse away better than I could have ever done! She is brilliant!’ a third added. 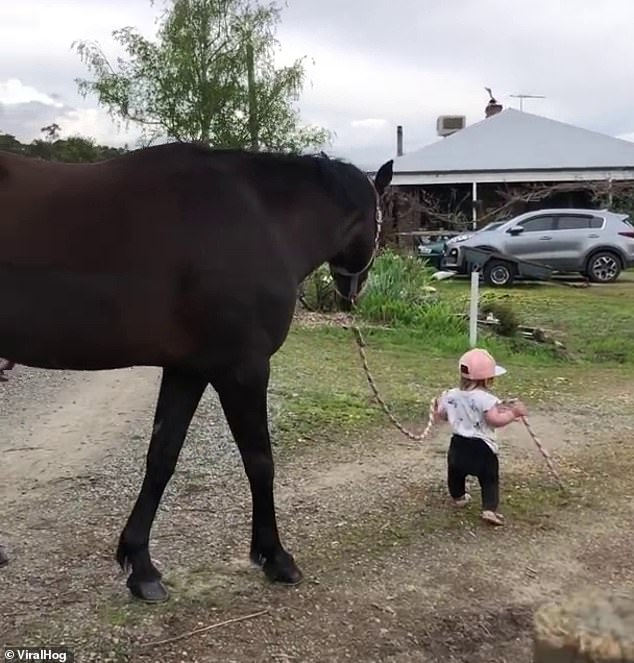 However, some users were concerned by the vision and pointed out the dangers of allowing toddlers near horses.

‘Cute as a button, but as dangerous as a loaded weapon,’ a person wrote.

‘This is really dangerous. Even though horses are beautiful animals the horse could get a bit out of control and could really hurt the baby or it could end up taking the baby’s life,’ another added.

‘Even the gentlest of horses can get spooked by a sudden noise or a crisp packet blowing by, very reckless of the parents to let such a tiny child do this,’ a third wrote.