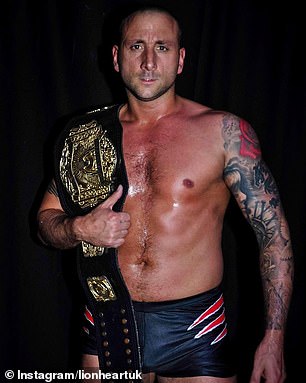 A wrestler’s death at the age of 36 came just months after he was unable to save an 18-year-old girl from a house fire.

The 36-year-old caught Alistair Innes, the woman’s boyfriend, as the 22-year-old jumped from the first floor into his arms as the blaze tore through the building.

Adrian revealed his harrowing bid to save the teenager as he told The Sun ‘the living room window exploded’ as he raced to the house.

‘A boy was hanging out the top window so I yelled at him to jump,’ he said. ‘I caught him as he came down and then I tried to break down the door. But the heat was too much. I could hear the poor girl screaming. I tried everything.’

The student nurse was pronounced dead at the scene in Ayr following the blaze in January. 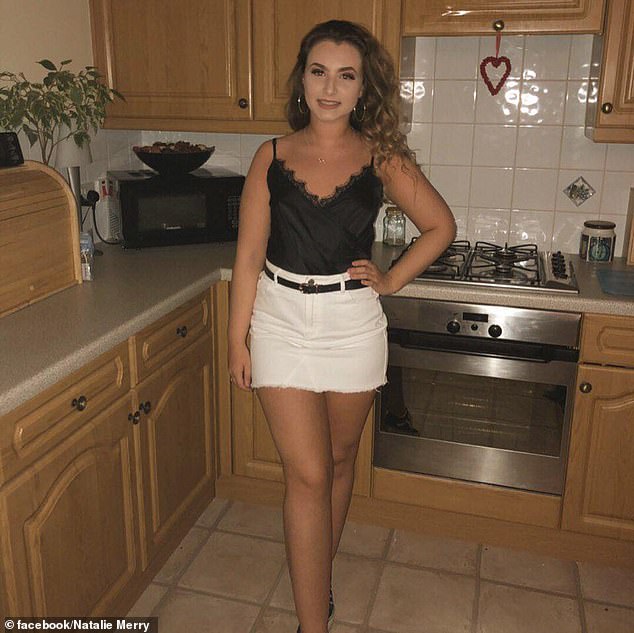 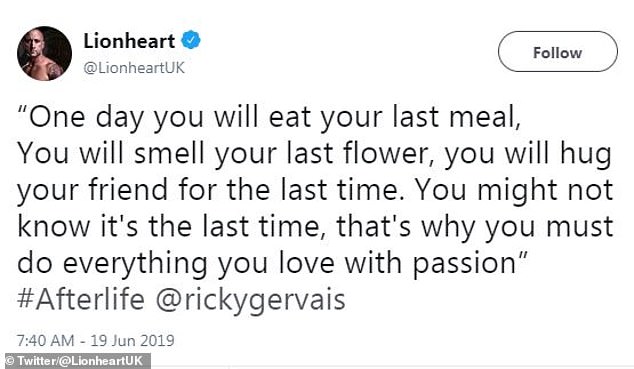 Hours before his death he posted a harrowing final message to his 14,000 Twitter followers

‘One day you will eat your last meal, you will hug your friend for the last time’, he said.

‘You might not know it’s the last time, that’s why you must do everything you love with passion.’

The chilling message is a quote from Ricky Gervais’ Netflix comedy ‘After Life’ and was said by Gervais’ character, Tony Johnson, while he mourns the death of his wife.

On June 13, Lionheart tweeted another post by Ricky Gervais, which read: ‘Whenever you get all angry about something and then frustrated that no one cares about you or listens to anything you say, just remember you’ll be dead soon and nothing will matter. Hope that helps. Cheers!’

Lionheart, originally from Coventry but living in Ayr, Scotland, had been a top wrestler for the last 10 years and was the wrestling firm’s current world heavyweight champion.

His death comes months after he battled back from a broken neck to claim the title in front of thousands of people at Glasgow’s SSE hydro last year. He was the owner of Ayrshire-based Pro Wrestling Elite. 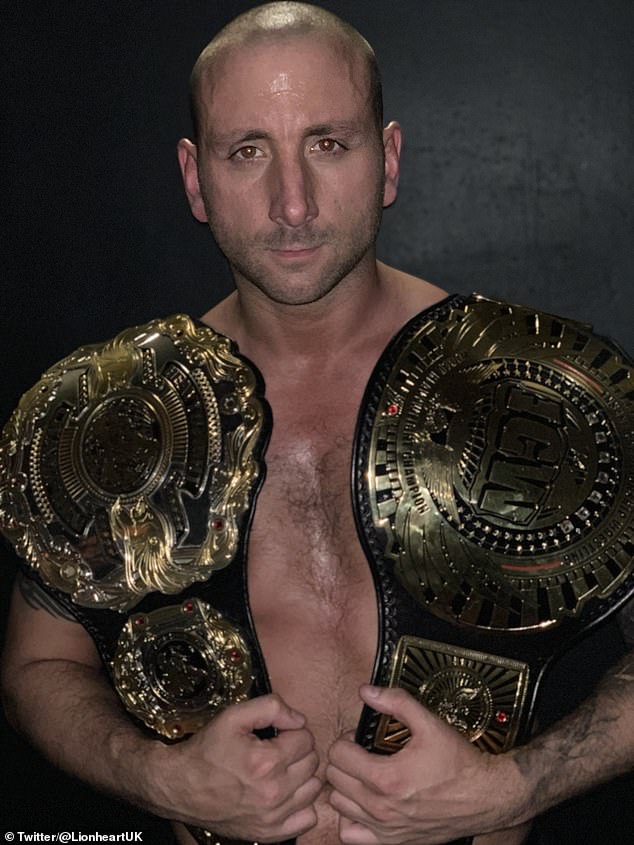 The message is a quote from Ricky Gervais’ Netflix comedy ‘After Life’ and was said by Gervais’ character, Tony Johnson, while he mourns the death of his wife

He had previously appeared on WWE and TNA having risen to become one of Britain’s most famous wrestlers.

His co-stars paid tribute to Lionheart on Wednesday.

WWE superstar Paige led the tributes to Adrian with a poignant post on social media.

She said: ‘Breaks my heart. RIP my friend.

‘You were always so wonderful to me and I’ll be forever grateful that I knew you. Give Trav a big hug from me.’

Pete Dunne, the longest-reigning WWE UK champion, tweeted: ‘I always looked up to Lionheart’s professional approach to wrestling when it was far from that at the time.

‘People like him were pivotal in the growth of a scene that has lead to so many people being able to do this for a living.’

British wrestler Will Ospreay, who currently competes in Japan, said: ‘Every time I’ve met you, you have been nothing but a sweetheart. I honestly cannot believe I’m writing this tweet. 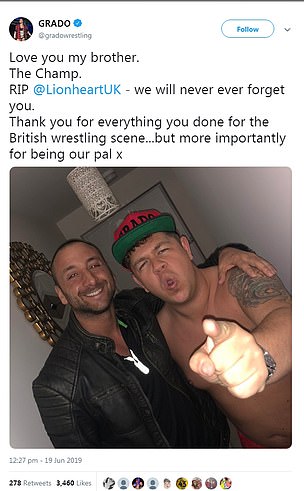 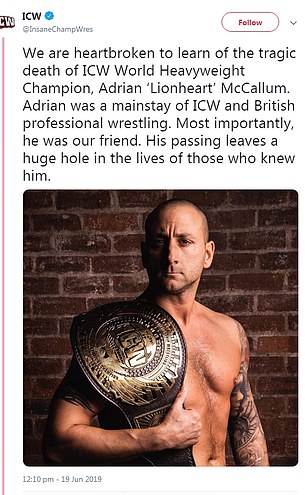 ‘Devastated doesn’t cover how I feel.’

Grado wrote: ‘Love you my brother. The Champ. RIP @LionheartUK – we will never ever forget you.

‘Thank you for everything you done for the British wrestling scene… but more importantly for being our pal.’

The ICW said: ‘We are heartbroken to learn of the tragic death of ICW World Heavyweight Champion, Adrian ‘Lionheart’ McCallum.

‘Adrian was a mainstay of ICW and British professional wrestling. Most importantly, he was our friend.

‘His passing leaves a huge hole in the lives of those who knew him. Please respect his family’s privacy at this time.’

His cause of death is not yet known.