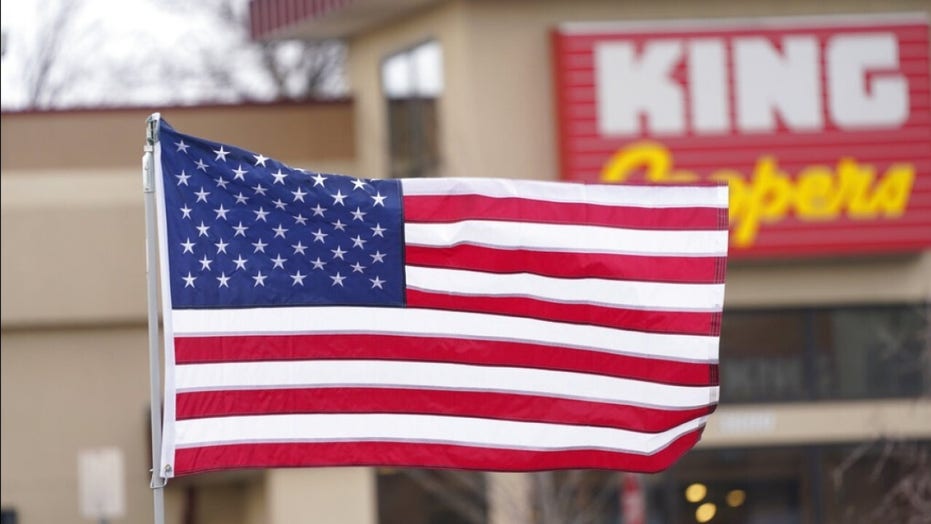 An airline pilot departing from Denver to Nashville on Tuesday paid tribute to fallen officer Eric Talley and “nine other angels” who were killed by a gunman this week.

Chad Andrews dedicated the flight to the 10 people who died during Monday’s deadly rampage at a King Soopers grocery store in Boulder, Colo. He remarked on the tragedy during an announcement to passengers and the flight crew just before takeoff.

“Yesterday we had a tragedy close to home, right here in Boulder, CO,” he said, according to his Twitter post. “Ten people lost their lives. One of them was Boulder Police Officer Eric Talley. I’ve learned today that Officer Talley wanted to be a pilot, but was unable to make that dream a reality.

“Therefore, I am dedicating this evening’s takeoff and flight to Officer Talley to help that “dream” take flight,” he continued. “Tonight we will not only be helped by tailwinds, but by Officer Talley and nine other angels that will guide us eastbound to Nashville. God speed and thank you.”

After the flight, Andrews tweeted it was a “beautiful flight” and “humbling” to have thought of Talley and the other victims along the way. Andrews did not immediately respond to a Fox News request for comment.

Talley was the first officer to respond to the chaotic scene at the grocery store. The father of seven left a lucrative job in information technology to become a police officer in 2010 at age 40. Upon his death, his colleagues remembered him as a hero.

On Wednesday, his fellow officers and residents paid tribute to him as the Boulder Police Department led a procession to transfer his body from the coroner’s office to a funeral home in Aurora.

The suspected gunman is expected to appear in court Thursday. He is charged with 10 counts of murder.