Airport where £1 buys you just over a dollar: Heathrow branch slashes exchange rates ahead of the holidays

An airport currency firm has slashed rates so dramatically that some travellers are being offered little more than $1 for every £1 they exchange.

The Heathrow branch of Travelex was paying just $1.05 for every pound yesterday. It was also offering holidaymakers looking to get euros as little as 92 cents for every pound.

This is far below what the currency is worth on international markets, where sterling is trading at $1.26 and €1.11. The difference is pocketed by the exchange firms, boosting their profits. 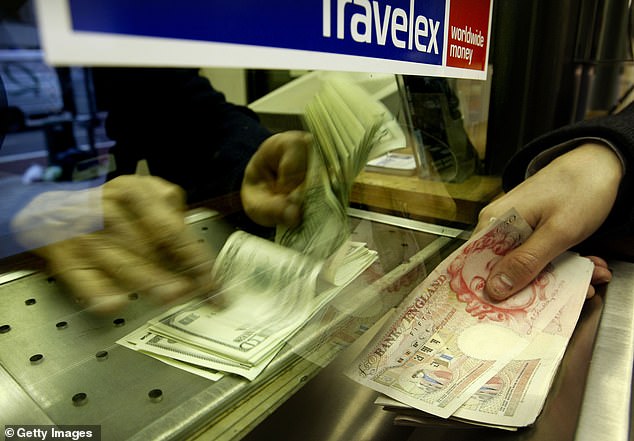 The Heathrow branch of Travelex was paying just $1.05 for every pound yesterday. It was also offering holidaymakers looking to get euros as little as 92 cents for every pound (stock image)

Another bureau at Heathrow, International Currency Exchange, was offering $1.17 for every pound.

Changing money at airports is generally the most expensive way of buying currency.

Tourist rates are more expensive than market prices due to the costs of running bureaux de change. You could get as much as $1.23 for your pound online yesterday.

Ken Odeluga, market analyst at City Index, said: ‘We all know that Brexit is playing havoc with the pound and making life tough for businesses, but surely not tough enough to justify skimming more than 20 cents off sterling’s market rate.

‘Even after one of the most volatile trading weeks of the year, the pound is still above $1.25. Likewise, £1 buys €1.18 on our City trading floor.

‘On that basis, travel currency brokers offering anything close to or less than €1 or $1 are having a laugh at holidaymakers’ expense.

‘It’s another reminder that it pays to shop around. I can only hope that competitive pressures bring common sense back to the retail currency industry.’

Other alternatives to stocking up with cash at the airport include using specialist credit cards from firms such as Revolut – which do not charge for being used abroad. 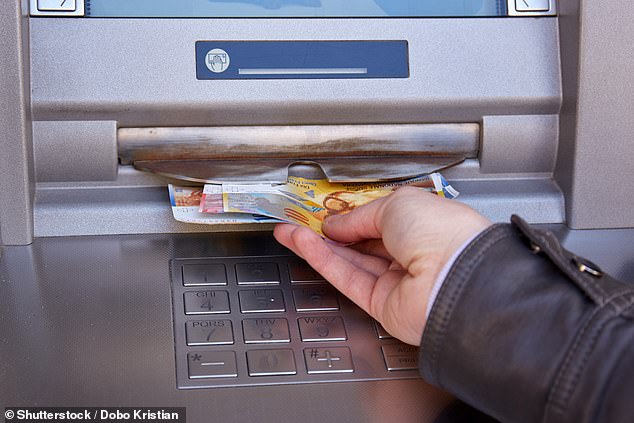 This is far below what the currency is worth on international markets, where sterling is trading at $1.26 and €1.11 (stock image)

The value of sterling has been hammered by uncertainty surrounding Brexit and is now at its lowest point since April 2017.

Ian Strafford-Taylor, chief executive of currency traders FairFx, said: ‘Over the last couple of months we’ve seen several developments in Brexit negotiations, MP resignations and more recently a leadership challenge which have all sparked significant turbulence for the pound.

‘It remains to be seen how things will play out as we head towards the UK’s exit from the EU, but we are facing even more uncertainty, and uncertainty is one of the biggest causes of volatility for currency.

‘Among all the chaos, people should stay alert to the political landscape to give them the best chance of buying their holiday currency when the pound is strong.’