In the chilling clip a man is seen teetering dangerously close to the edge of a platform, apparently trying to see if a train is coming. 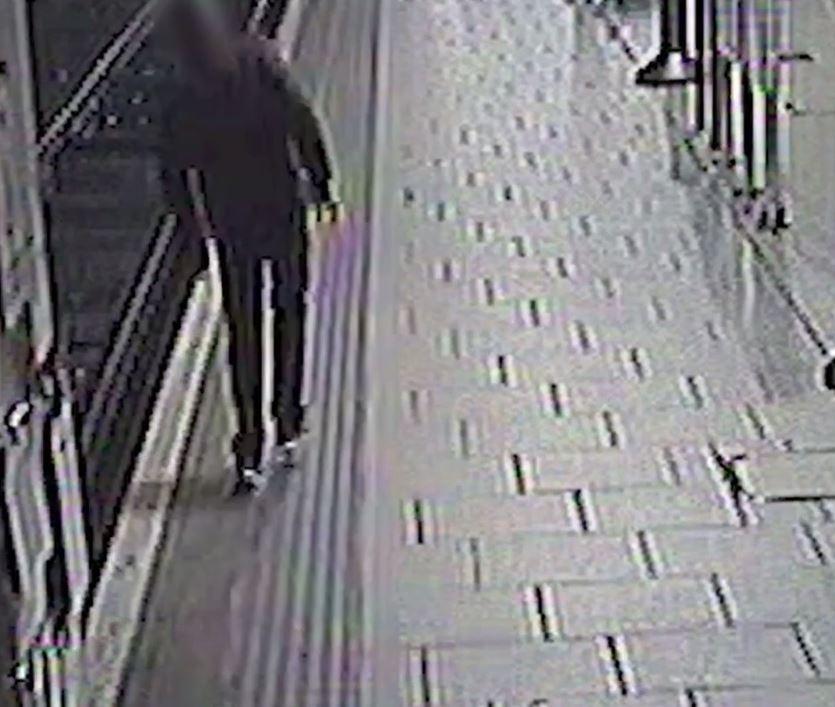 Wobbling, he cranes his neck as he gets closer to the side before plunging headfirst onto the tracks.

Station staff are then seen rushing to his aid as panicked passengers point to the drunk man lying perilously on the tracks.

He finally climbs back onto the platform unaided – narrowly avoiding an oncoming train that horrifyingly rushes past just seconds later.

Network Rail released the CCTV footage in partnership with British Transport Police to encourage party-goers to be more vigilant in the festive season. 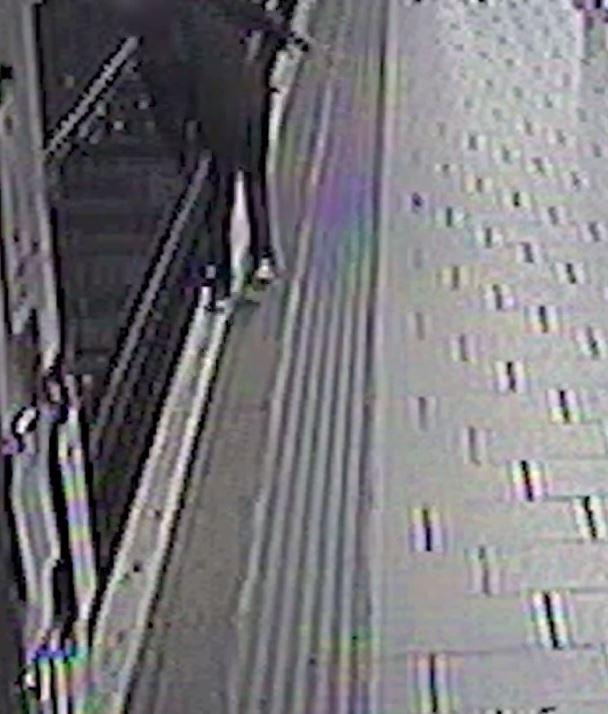 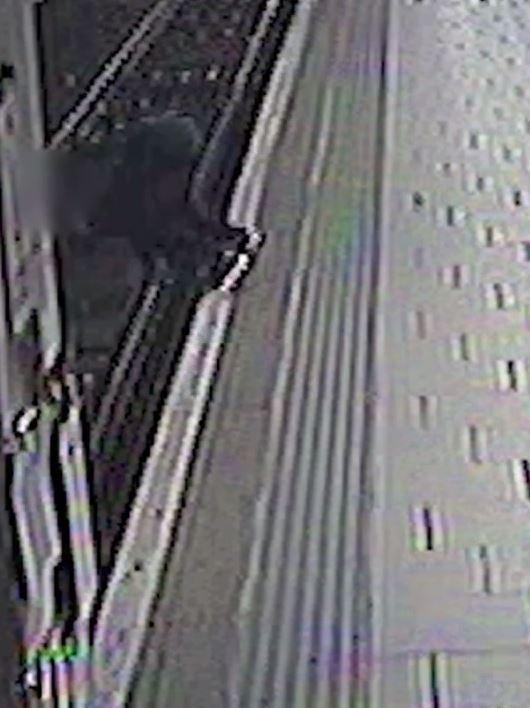 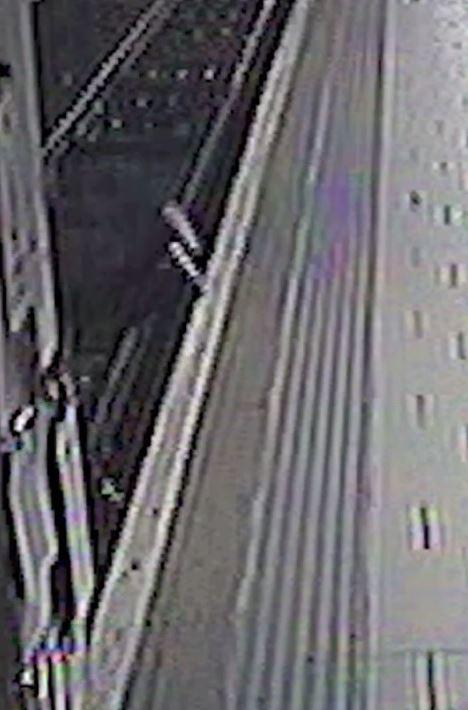 New figures reveal that between Christmas and New Year the number of alcohol-fuelled violent offences at railway stations have more than double in the past two years.

A total of 21 people have died in alcohol-related incidents on station platforms, or between platforms or trains over the last ten years – while many more have been severely injured by slips, trips or falls in train stations.

Allan Spence, head of public and passenger safety at Network Rail, urged people to look after themselves and their friends on their way home from parties and the pub.

“After a few drinks people often take greater risks, which can frequently, lead to people getting hurt or even killed. 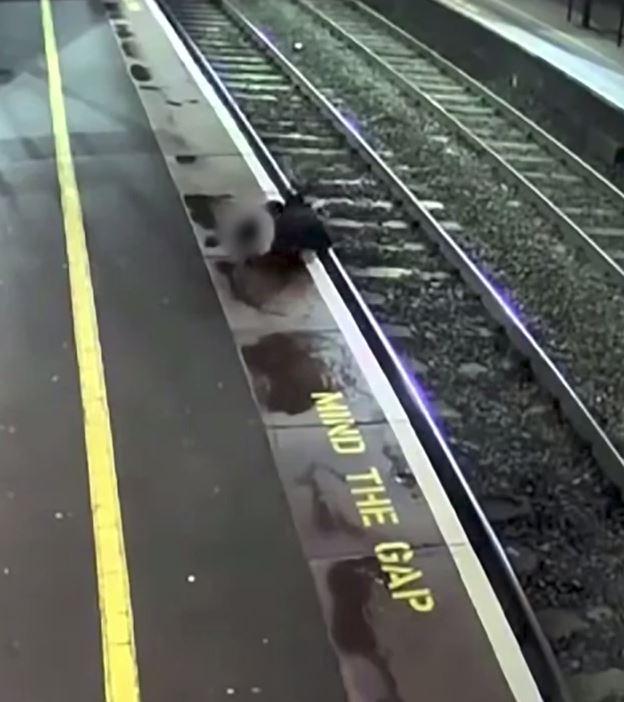 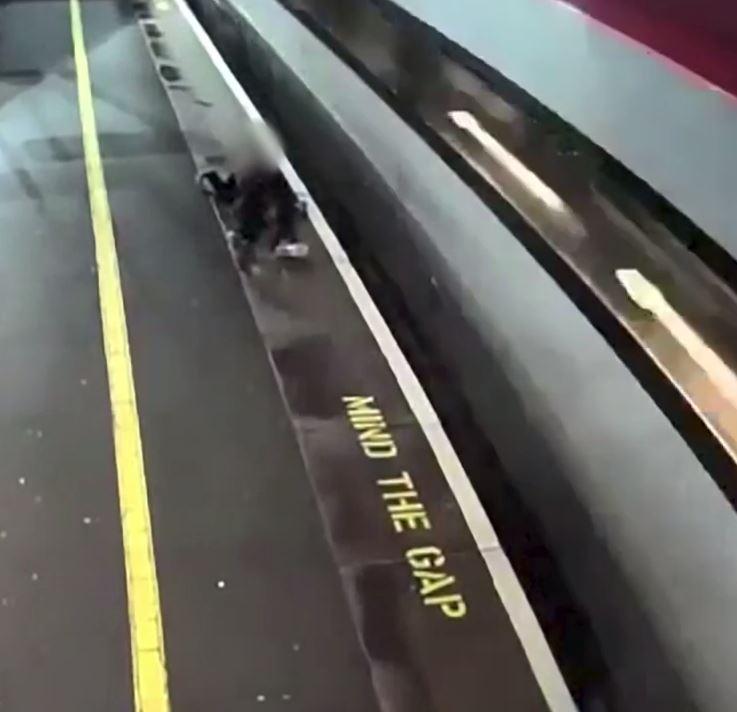 “Travelling home by train is absolutely the safest way. But we have seen drunk people taking a short cut across the tracks, chancing it at level crossings or falling between a train and the platforms.

"Even escalators see more drink-fuelled accidents. Please take care of yourself and your friends – don’t let that last drink cause bad decisions. Be a ‘First Class Mate’ and look out for those making their way home by train that may have had one too many.”

In response to the surge in incidents, Drinkaware will also be training Network Rail staff at some of the UK’s busiest stations to give them extra skills to recognise and support people who may be intoxicated.