One student was killed and another was taken into custody Friday after a shooting at a middle school near downtown Albuquerque during the lunch hour, police said.

The gunfire at Washington Middle School marked the second shooting in Albuquerque in less than 24 hours. The city is on pace to shatter its homicide record this year, having already matched within the first eight months of the year the previous annual high of 80 homicides set in 2019.

Albuquerque Public Schools Superintendent Scott Elder said during a new conference with police that it was a terrible day for the school district and for the whole community.

“I want to send out my thoughts and prayers to all of our students, all of our families that are impacted by this horrible event,” he said.

Gov. Michelle Lujan Grisham said Friday that she was heartbroken and more work needs to be done to address gun violence in the state.

Albuquerque police Deputy Commander Kyle Hartsock described the shooting as an isolated incident between the two students, who were believed to be about 13 years old. He said a school resource officer ran toward the two boys after gunfire erupted and prevented any other violence.

Hartsock said investigators were trying to determine how the student obtained the gun and what may have prompted the shooting. He said other students will be interviewed as detectives try to piece together what happened.

The school was locked down and parents were asked to pick up their children. 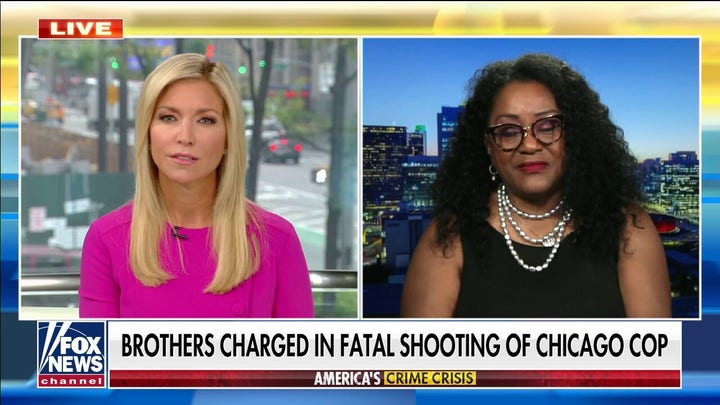 Friday marked the third day of classes for Albuquerque’s public school district. While students won’t return until Tuesday, Elder said the school staff will be making preparations to ensure students have access to counseling and any other support services they need.

“Of course it’s extremely difficult,” he said of something like this happening so early in the school year. “There’s a lot of pressure in the community. People are nervous. It was a terrible incident that happened between two people. It should have never happened. … This shouldn’t happen in the community. It certainly shouldn’t happen at a school.”

Police said more officers will be present when students return, hoping to provide a sense of security and in case students have any more information about the shooting.

Gunfire also rang out Thursday night at a sports bar and restaurant near a busy Albuquerque shopping district. Police said one person was killed and three were injured after someone pulled out a gun during a fight.

No arrests have been made in that case. Investigators were reviewing surveillance video and interviewing witnesses.

Authorities identified the man who was killed as Lawrence Anzures, a 30-year old boxer from Albuquerque.

“Any small piece of information can help in turning this into a prosecutable case so that the family and friends of Lawrence can get the justice they deserve,” Hartsock said.

While standing at an intersection near the school, top police officials were asked by reporters about the ongoing violence in Albuquerque. The city for years has had problems with high crime rates, but the officials pointed to other cities across the U.S. that are now also seeing increases.

“I think it takes not only police, but the community as well to do something about this problem and address it head on,” said Deputy Chief Eric Garcia. “Right now, this is a community issue. It’s not just a police issue. We all have to work together.”