FORMER Scottish First Minister Alex Salmond has arrived at court to face a string of sex assault charges including one of attempted rape.

Salmond, 65, arrived at the High Court in Glasgow this morning flanked by police officers and holding the hand of his wife Moira, 82. 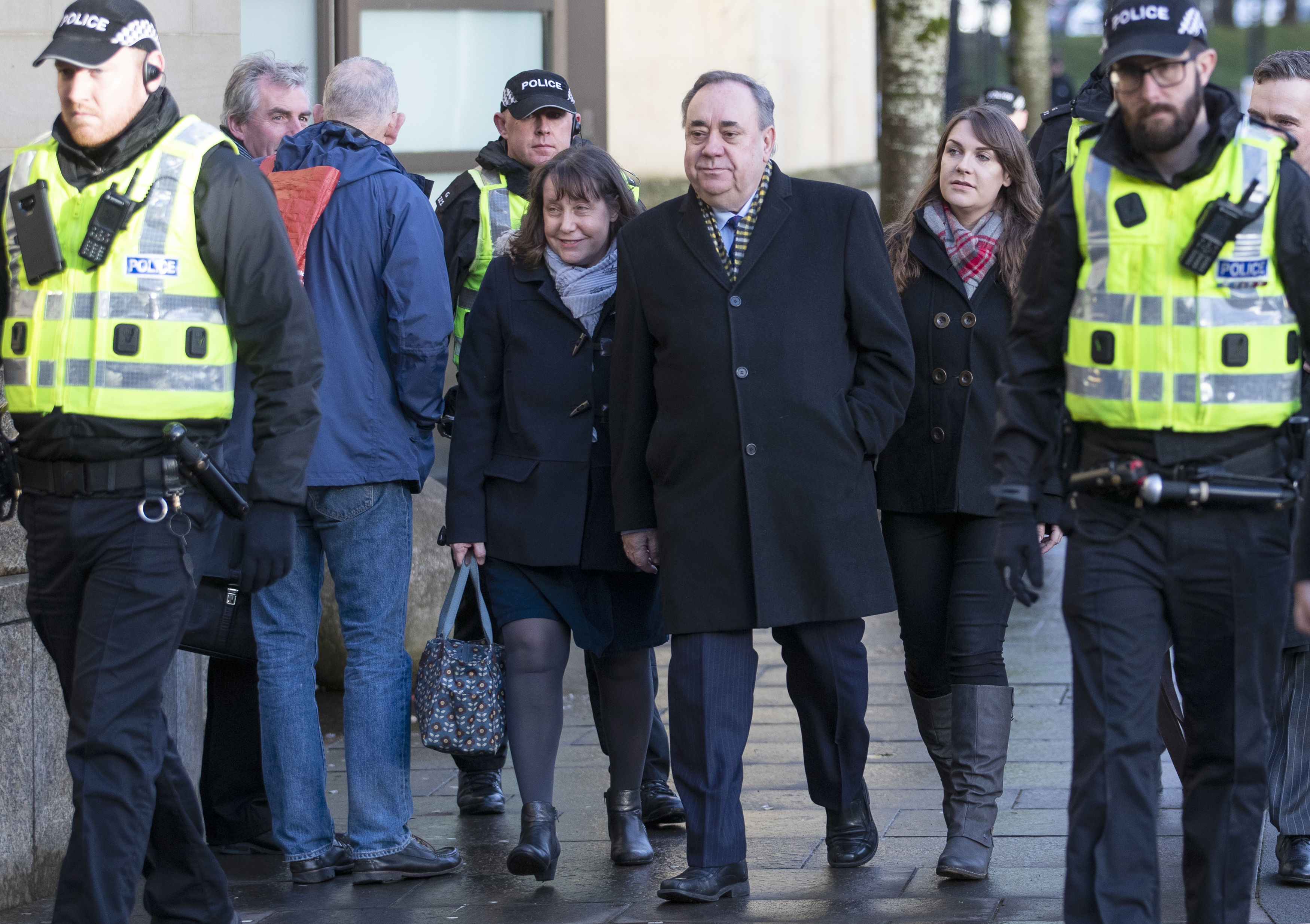 The allegations relate to 10 different women between June 2008 and November 2014.

Salmond denies all the charges and speaking outside court in November said he would 'vigorously' defend his position.

Prosecutors claim Mr Salmond attempted to rape a woman at Bute House, his official residence as First Minister in Edinburgh, in June 2014.

Mr Salmond, of Strichen, Aberdeenshire, is alleged to have tried to force himself on the woman by pushing her on a bed, pinning her down by her shoulder and kneeling over before lying naked on top of her.

The charge states he also repeatedly blocked her path, touched her breasts and body and removed both his and her clothes and underwear as he held her up against a wall.

ACCUSED OF STRING OF ATTACKS

In a separate allegation, he is accused of sexually assaulting a woman at the same address in May that year by putting his hand under her clothes and underwear and touching her breast, repeatedly stroking her leg and kissing her neck.

Mr Salmond is also accused of being “intent” on raping another woman at Bute House in December the previous year.

It is claimed he “struggled” with her after making her sit on a bed and trying to pull up her dress while making sexual remarks to her.

He is accused of sexually assaulting another woman sometime between November and December 2013 by kissing her on the mouth. 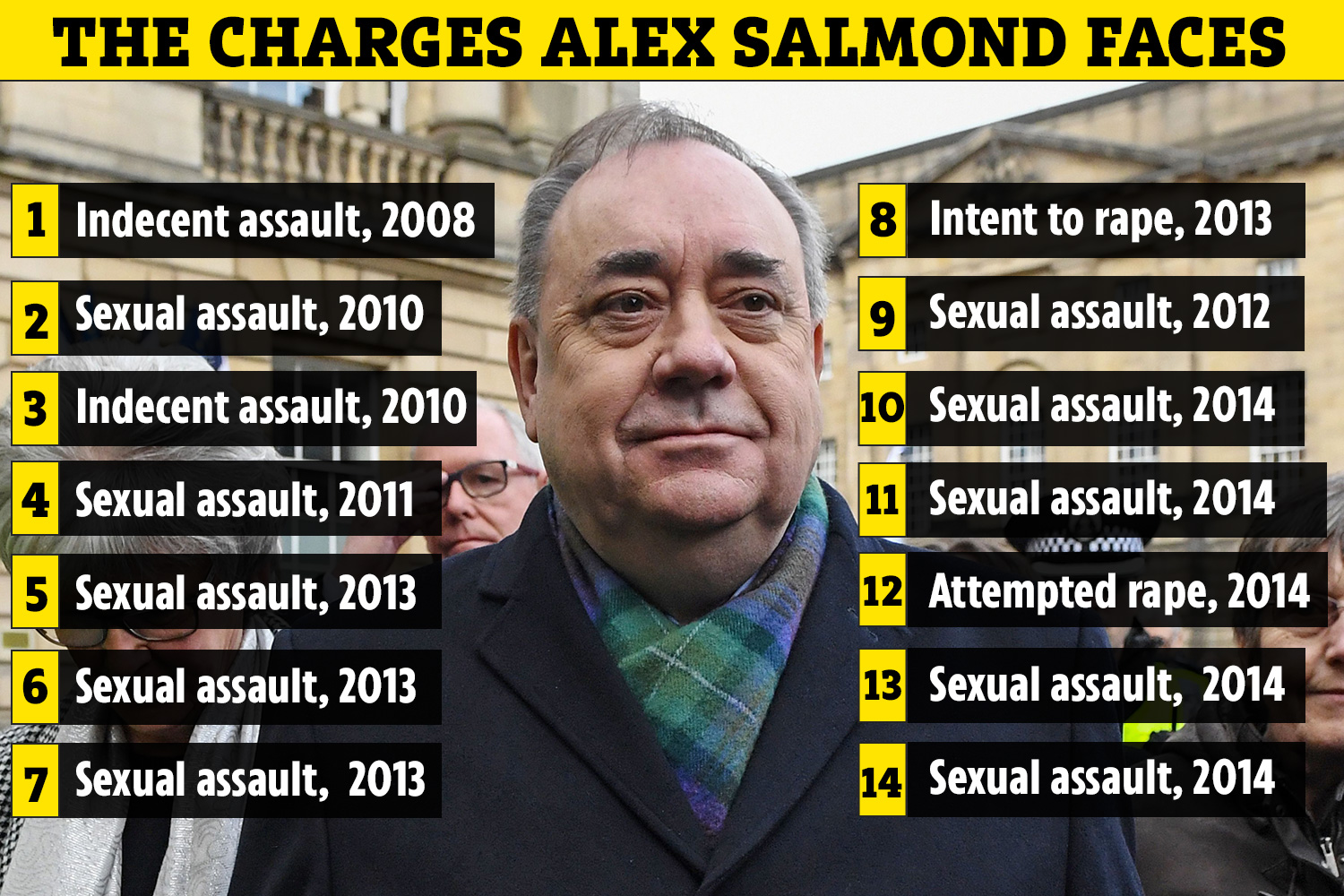 In a further incident in 2014, he is alleged to have sexually assaulted another woman at Bute House by seizing her by her shoulders, repeatedly kissing her face and trying to kiss her on the lips, as well as touching her face and leg with his hand.

Mr Salmond is said to have touched a woman’s leg over her clothes in a motor vehicle travelling between Holyrood Road in Edinburgh and Waverley train station in February 2011.

In a charge dated October 2013, Mr Salmond is accused of sexually assaulting another woman at Bute House by taking off her shoe, stroking her foot and attempting to kiss it.

He faces two other allegations relating to a woman in March 2012 and April 2014.

In the first of the two alleged incidents, prosecutors say the ex-Nats boss touched the woman’s bum over her clothes at the Ubiquitous Chip restaurant in Glasgow’s Ashton Lane.

He is then said to have targeted a woman just over two years later at Bute House, by putting his arm around her, making sexual remarks and attempting to kiss her.

Mr Salmond is accused of touching another woman’s bum on “various occasions” over a two-year period between the start of May 2011 and end of June 2013, as well as stroking her arms and hair.

The former MP and MSP, who was First Minister for seven and a half years from 2007, is also charged with a sexual assault on a woman at Stirling Castle in November 2014, during which he’s said to have touched her bum.

He faces two other allegations, one of sexual assault and one of indecent assault.

At some point in either December 2010 or 2011, he is accused of sexually assaulting a woman by touching her arms and hips over her clothes at Edinburgh’s Ego club.

He’s also said to have indecently assaulted a woman on various occasions in June and July 2008 in Glasgow by kissing her on the mouth and touching her bum and breast over her clothes.

And in one final indecent assault claim, Mr Salmond is alleged to have repeatedly seized a woman by the wrists and tried to kiss her sometime between October and November 2010 at Bute House.

Today's preliminary hearing comes before a trial is set to begin in March.

Salmond married wife Moira in 1981 and they live in a converted mill in the Aberdeenshire village of Strichen. 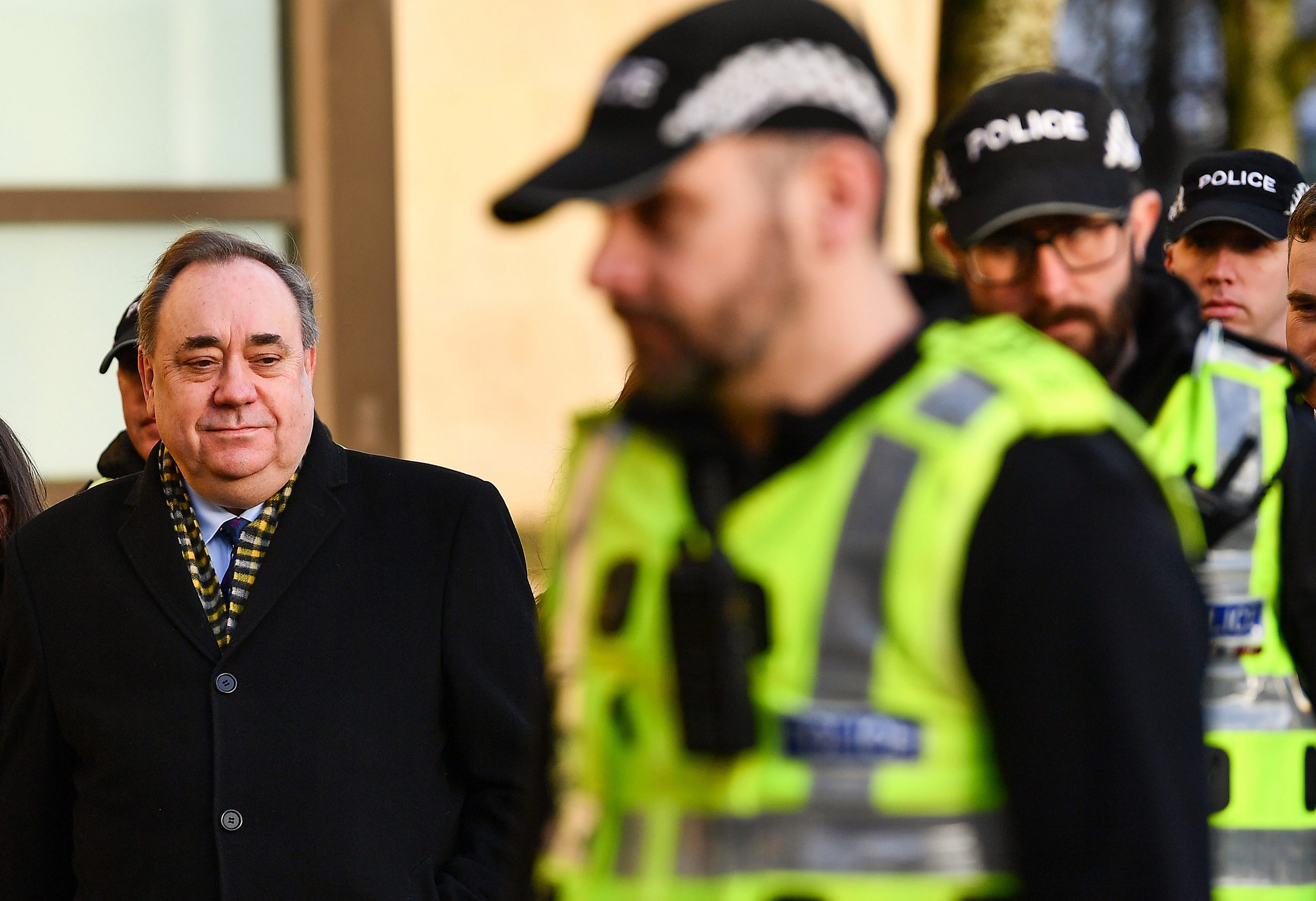 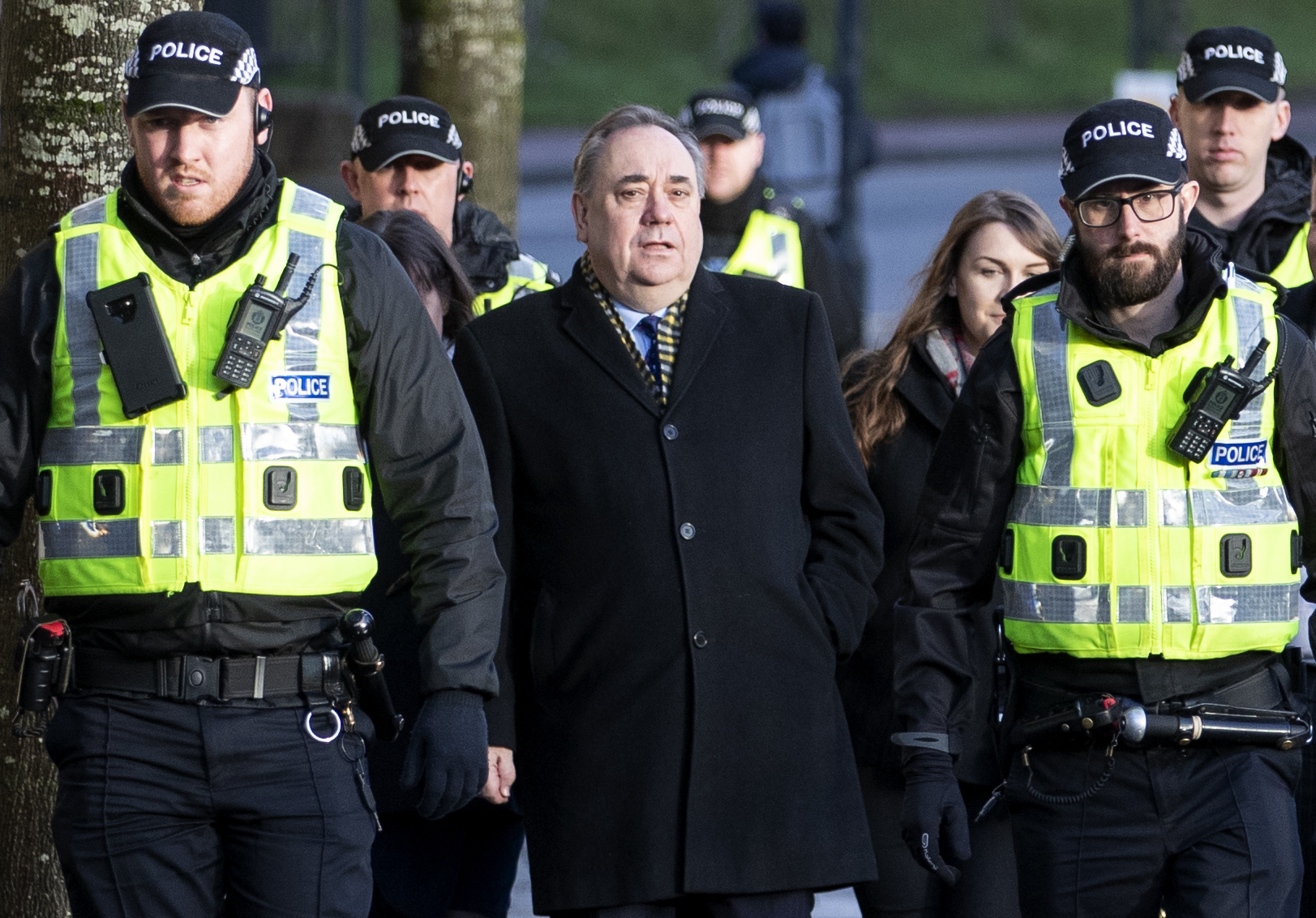 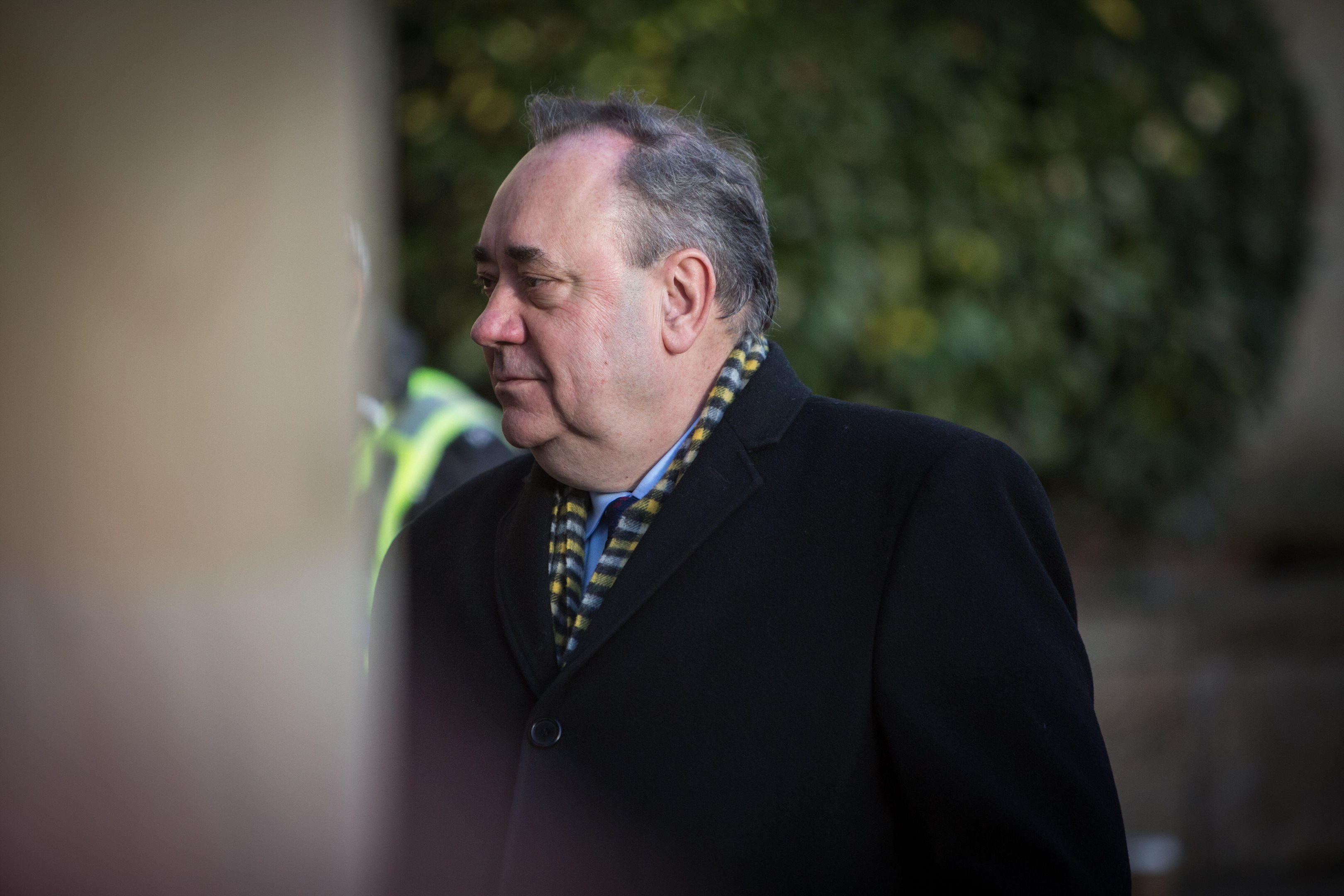