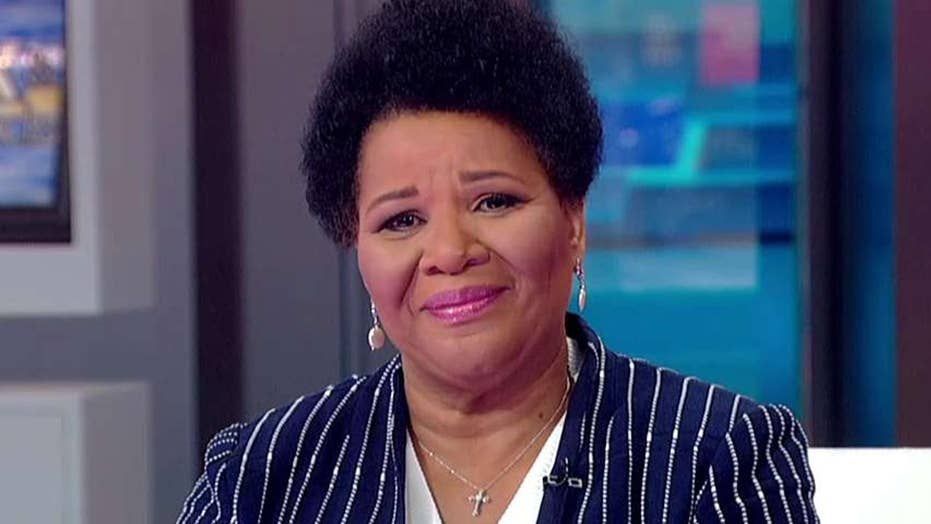 Alice Johnson, whose life sentence for non-violent drug trafficking was committed by President Trump, opens up on the ordeal in her new book ‘ After Life: My Journey From Incarceration to Freedom.’

Alice Johnson, who spent nearly 22 years in prison for a non-violent drug offense, has spoken out about her experience and encouraged President Trump to tackle the issue of mass incarceration in the United States.

Johnson was granted clemency by President Trump last June after an impassioned effort on the part of thousands of supporters, including Kim Kardashian. During an appearance on "Fox & Friends" Monday morning, Johnson shared what kept her going throughout decades spent behind bars.

"I didn't allow prison to change who I was as a person," she said. "I did not let it get into me. And also, just looking around at so many other women who were hopeless, it made me feel and know I had to do something," she told host Ainsley Earhardt.

Her new memoir 'After Life,' a reference to the life sentence she was handed for a minor drug conviction, will discuss her path to freedom and her fight for justice for others still in the prison system. She told "Fox & Friends" that the book isn't just for prisoners or about life in prison, but a story about "hope and hanging on."

About a third of people currently in prison have served their time and are no longer a threat to society, according to Johnson.

"For the president to embrace this issue is very important, and it's important for society," she said.

"When families are broken, you don't have a good, strong society. Communities are affected. When one person goes to their family goes to prison with them," she continued.

"What do you tell your children when you are serving these long, unnecessary sentences, when you no longer pose a risk to society? Why are you wasting tax dollars? Why are you keeping families separated when the retribution, when the price has already been paid?" Johnson asked.

"I won't stop fighting for all the people who have been left behind – not only the women but the men also," she continued.

"These laws must change."

Another provision would allow about 2,600 federal prisoners sentenced for crack cocaine offenses before August 2010 the opportunity to petition for a reduced penalty.